Using an LED torch as a helmet light, will I blind oncoming drivers?

I'm planning on buying this LED Torch with this helmet mount.

Could I blind oncoming drivers? 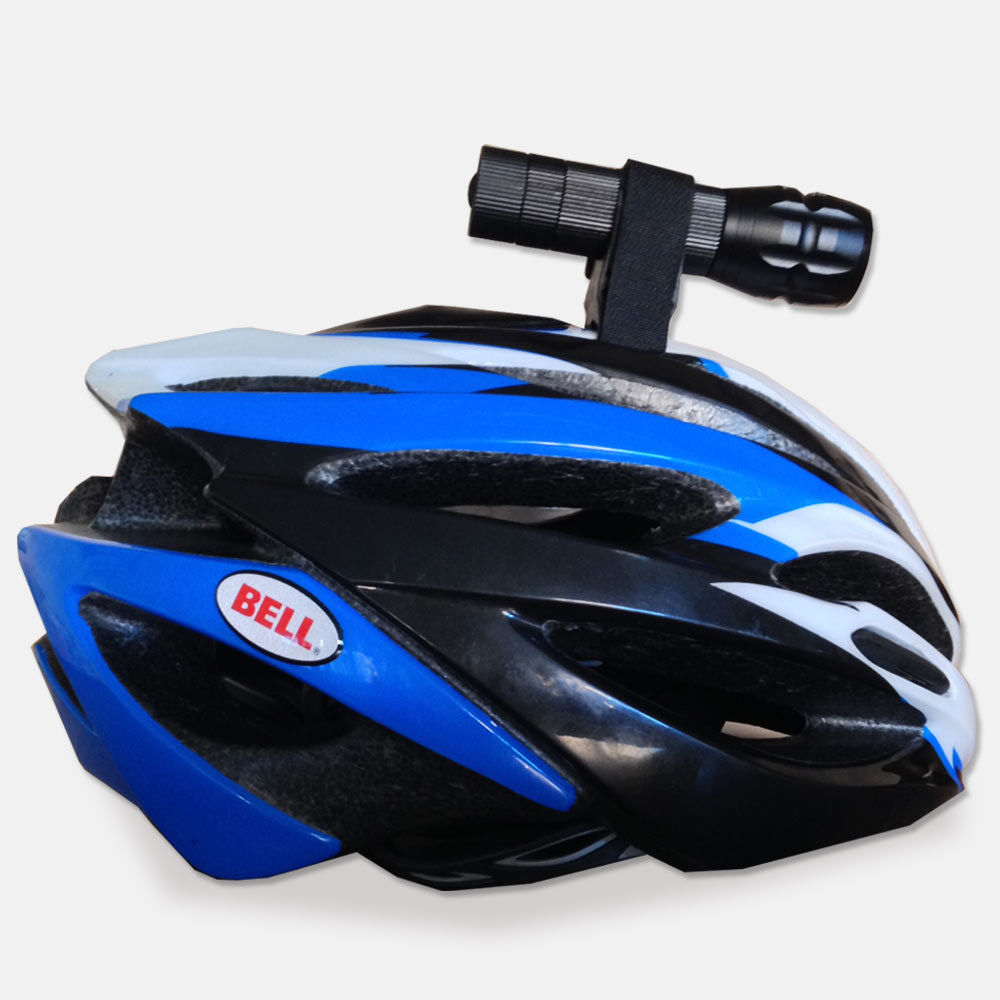 I have a helmet mount very similar, and yes its totally possible to dazzle and annoy any other road user, from pedestrians to other cyclists to motorised vehicle drivers.

Benefits to a helmet light

Disadvantages of and risks due to a helmet light

I have mine mounted fairly far back on the helmet, so the torch front barely clears the top. This reduces snag risk.

The mount is held on by a minimum of velcro, and there's a separate hand strap used as a second line to stop it getting lost.

As mentioned, I use it on solid mode now, however the focus is set fairly tight. At night my normal posture puts the lights on the road surface around 4-5 metres in front of my wheel. I tend to look up with my eyeballs rather than my neck.

However, if a car presents in a manner that crosses my path and may require them to give way (to yeild) then I will point the beam below the driver's door. If I'm passing a parked car that has a person moving in the drivers seat I might light up their wing mirror.

I'd rather annoy someone than get doored by their inattention.
While I won't deliberately dazzle anyone or anything, my priority is everyone using the road arrives home safe.

EDIT Here's a pic showing what I do, for clarity. 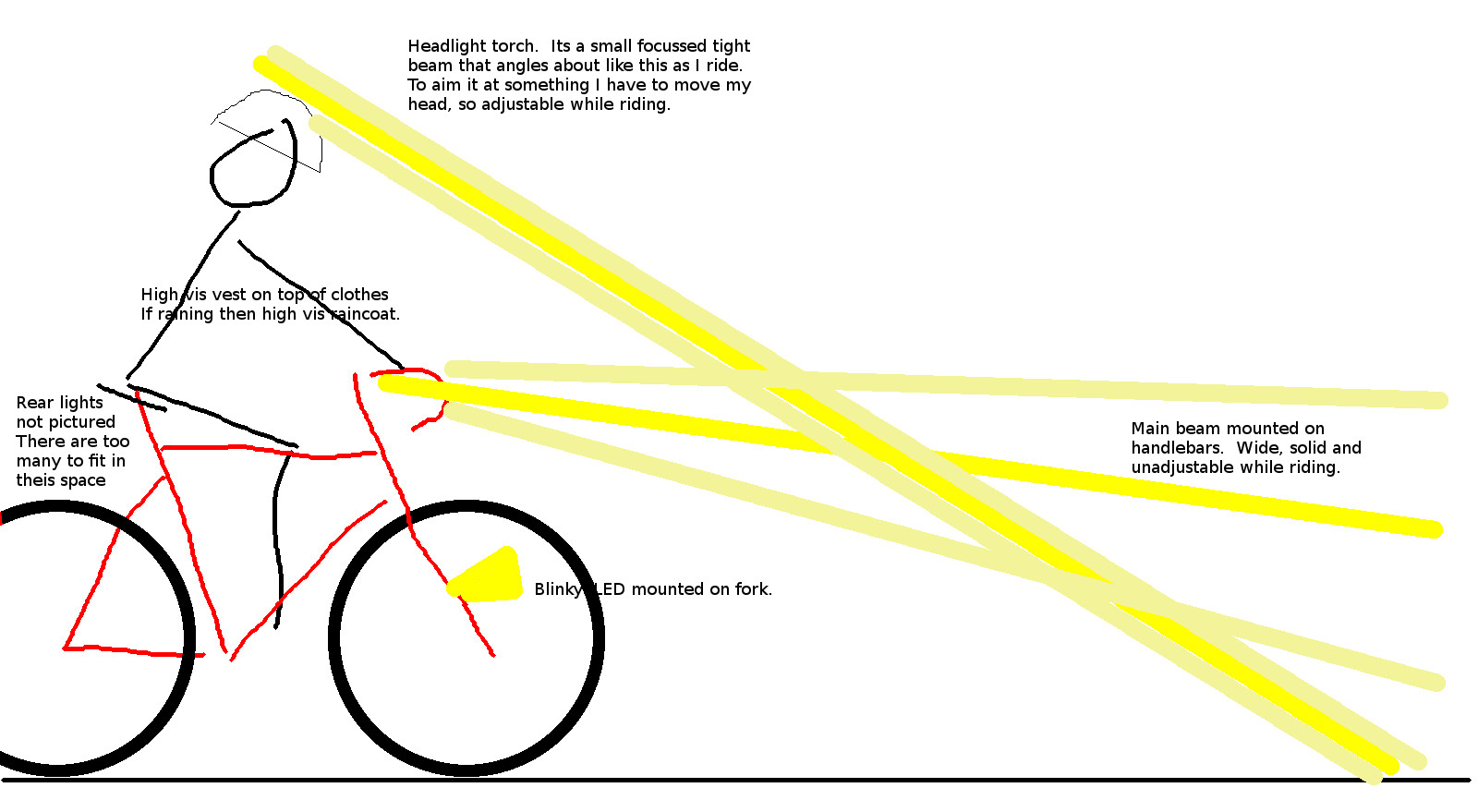 Not necessarily blind, but annoy and distract.

For oncoming traffic, the best lights are ones mounted below eye level and that limit the upper beam. The easiest way to check for this online is to see if a light is sold by a German mail order store and whether it passes StVZO regulations.

Have a friend wear your helmet with the light mounted on it like you planned. Then go to a small residential street at twilight and see for yourself whether it is too bright. Bring a car and try passing each other a few times, both in the twilight and when it gets completely dark. If it blinds you, see if dimming the light or aiming it down helps. If not, find a different light.

Problem with most flashlights is that they have a circular and symmetrical beam, ie they throw as much light up as down. This is good for MTB as you want to see branches flying into your face. For a bicycle, this is not what you want. You need special optics, which the Germans normalized (google StVZO bike light). 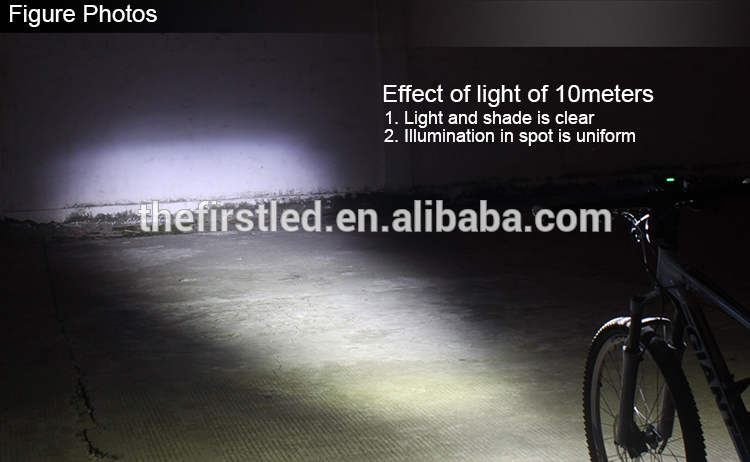 Notice the beam's sharp cutoff, very little light is sent upwards, to the eyes of incoming people. This is what you need.

Now, you should find a light of this type, small and light enough to mount on your helmet.

Just about any light can blind/startle an oncoming driver. I'd suggest using it dimmed, that way it might last a little longer and you're less likely to cause an accident. As long as you avoid shining it directly at a driver, it shouldn't be a problem.

I began to rather dislike helmet mounted lights on oncoming cyclists. Fortunately I don't see them very often riding in a city. Yet from the dozen or so I met last Spring and the Autumn before two brought me in uncomfortable situations.

In both cases I was descending on a bi-directional multi use path (1% slope) at moderate speed (25 to 35 km/h).

In the first case a cyclist quite a bit down the way was looking at me and shining their light directly into my eyes. Opposite traffic was moderately dense cyclists were overtaking. Being dazzled I could not tell how much room I had to the left, and went as far to the right hand edge. However, I had difficulty identifying the edge of tarmac as well. I went a bit too far, onto wet fallen leaves and rough ground, yet could stay stable.

In the second case a slow rider with a head mounted light cycled that path up. A rider behind with weak or no light was preparing to overtake. I mistook the high mounted light of the first rider for the light of the second rider and did not notice that they were already overtaking and I had to move to the edge of the way. This led to a very close, fast path with the second cyclist.

Much more often I am dazzled by badly adjusted, very bright, fixed bike lights. This is especially a problem early in the Autumn when the weather is still fair but the sun sets early. Lots of people are still riding but are inexperienced with their lights. As soon as it gets cold, only experienced riders are left (or at least they were yelled at often enough to fix their lights.)

Not the answer you're looking for? Browse other questions tagged lighting led-lights or ask your own question.

53
Does a helmet-mounted light affect the safe functionality of the helmet?
3
How are hub dynamo lights wired and why does a rear light cause the front to come on?
11
Bike lights with beam cut-off to avoid dazzling drivers?
1
Computer Light For Nighttime Riding
2
Dynamo Lighting Systems
11
Does anyone make a dynamo light buffer battery that will keep it going at full power?
1
Using head light as bar light?
1
Is it legal for cyclists to use amber bike flashers for visibility (in BC, Canada)?
2
Front light that "pulses"
3
Which strategy of using the bicycle light should I select?