Can anyone tell me if this men or womens bike and possibly model? 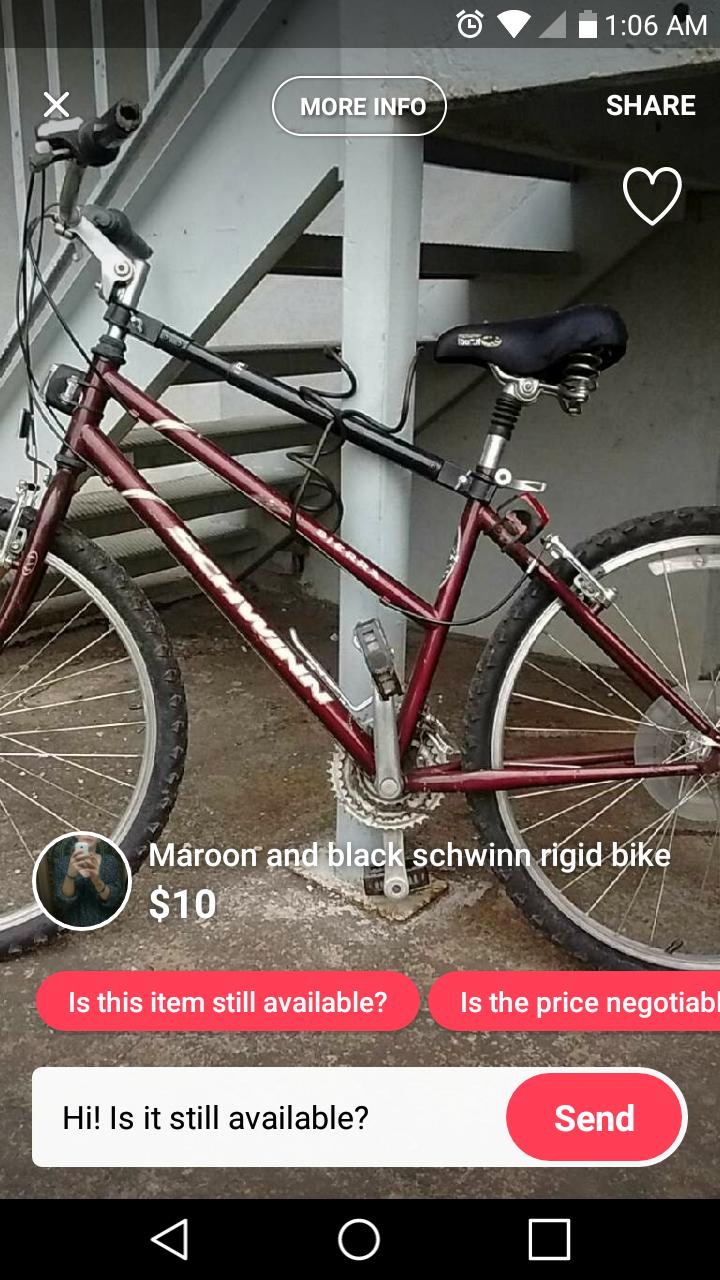 This bike is dirt cheap and fits my needs. I don't want to ask the seller too many questions and then discover the bike is worth more and not sell it. Im picking it up tomorrow for a steal. Question is this a girl bike and possibly does anyone know model outside scwhinn sierra? I cant find a similar picture of any bike so i cant I.D. any help would be appreciated.

As long as it works, stops safely, isn't going to fail, then its a good bike to ride.

Yes, it would be classed as a woman's frame, but there's no physical reason a male couldn't ride it as well. It may have a female-specific saddle or might be slightly angled up at the front, but that's easy to change.

There's suspension, but its in the seatpost, and possibly some in the handlebar stem (or its an adjustable stem) The saddle is also sprung.

The black bar is a carrying adaptor for a car rack, replicating the higher top-tube of a men's bike. Its not part of the bike and probably shouldn't be there for riding because its clamped to part of the handlebars that should turn freely.

The picture is not great so can't really comment on the bike's condition.

A $10 bike that does its job is totally worth it. By the looks, you get lights too, which would cost that by themselves.

seems like a womens bike,judging by the geometry- reeally low head tube.Plus the cushioned saddle.