Anyone have a clue what type of brake I can fit to this front fork?

The reach to a 700C wheel would need to be 80MM (do you even get calipers this long?) and the only brazing on the fork is this weird looking bottle opener thing so no option for canti's etc........stumped!! 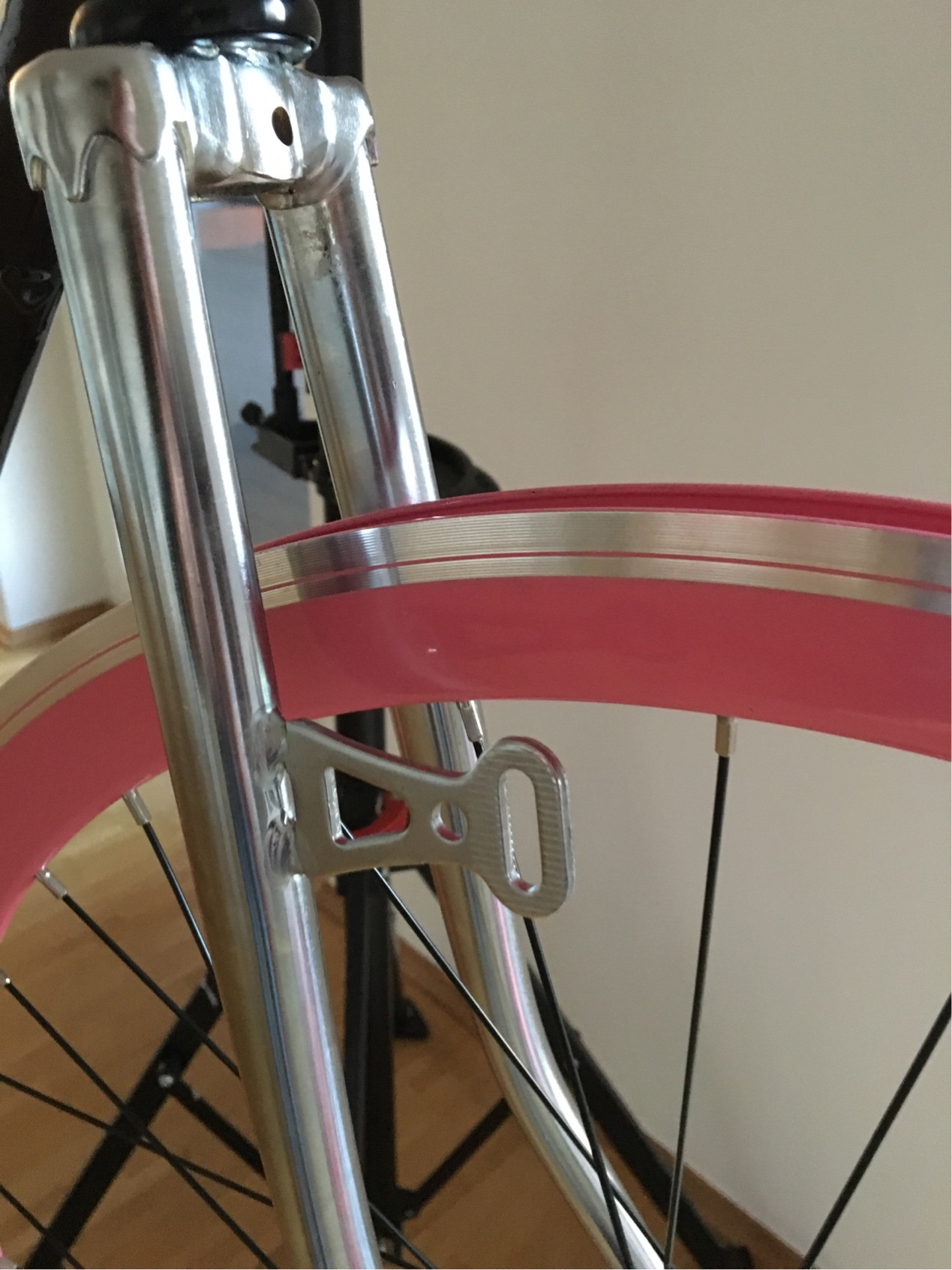 A BMX caliper such as an Odyssey 1999, Dia-Compe Bulldog, ACS Boa, or any number of others would work. Published reach for the 1999 is 74-95mm and and 86mm for the Bulldog. Some of these brakes are pretty respectable in terms of power/performance, and a lot are garbage. Watch out for weird oversize pivot bolts on some of them. 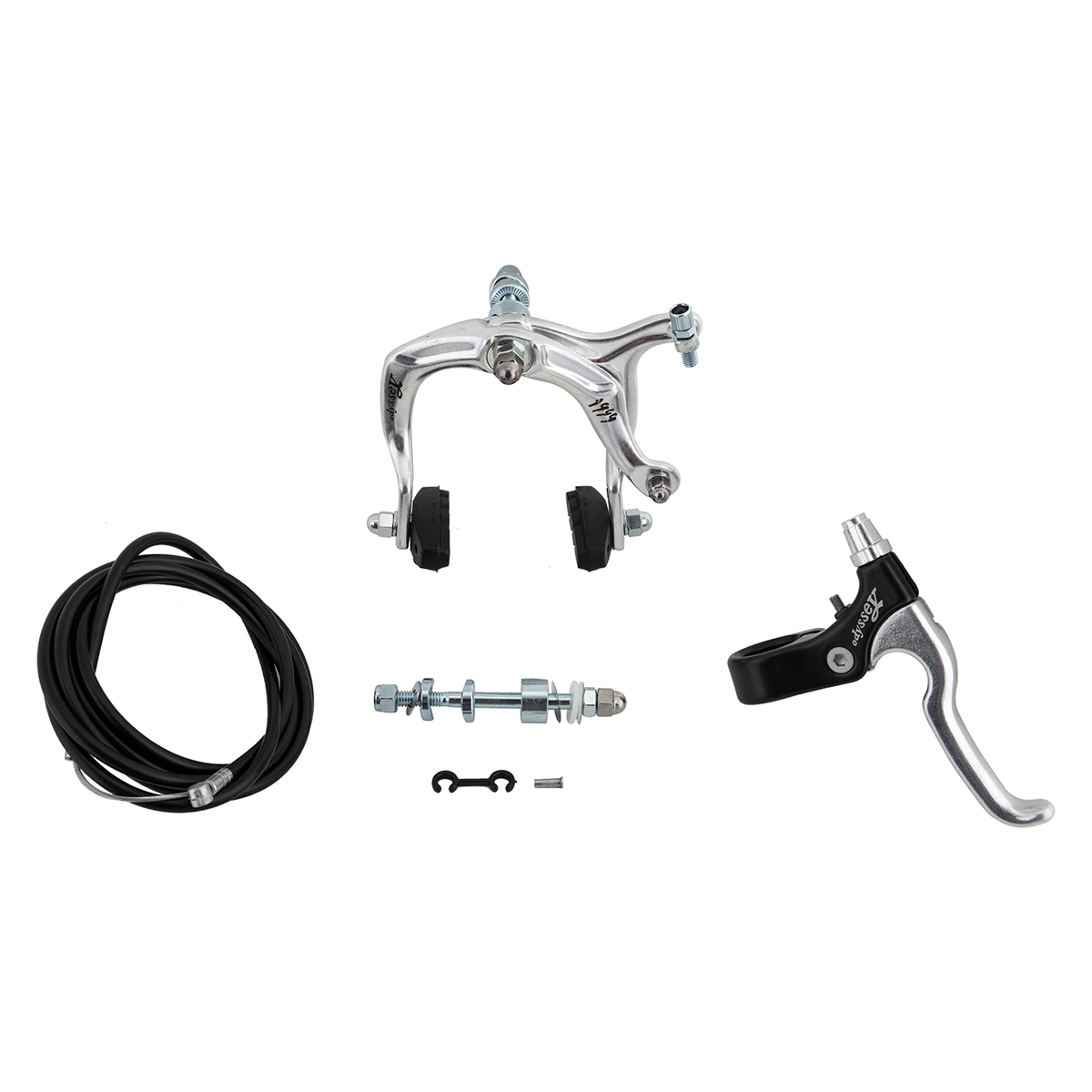 Other solutions where the reach should be good but that probably won't work very well with a narrow road rim: Odyssey Pitbull and Pitbull 2 roller-cam brakes, or a 990/u-brake adapter and a standard modern BMX u-brake.

Edit: Some of the longest and fanciest of the fancy rando long-reach centerpulls may also work, barely. Compass lists their brake as 65-80mm. However, if it did reach, it would probably be the best brake you could get on there.

One other idea in addition to the other perfectly good answers is utilizing a drop bolt. They can be bought but are also commonly made at home for situations like this. Here is a couple of images of different styles both store bought and custom made. 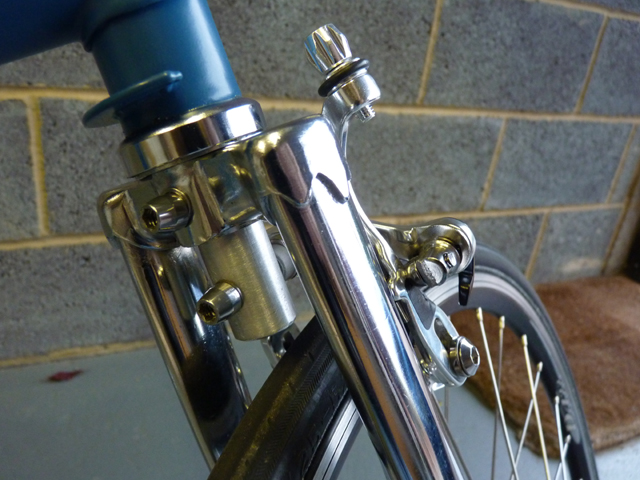 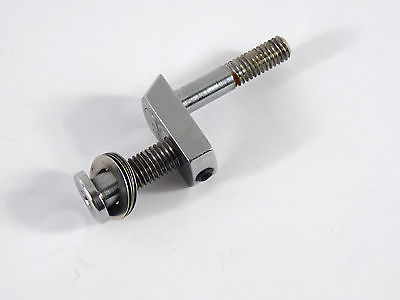 And here is one installed, having two secure point is essential thouhg as if you have a long extension and only one bolt or mounting point you could get flex and low brake performance. As you can see he has one through the fork and the lower mounting bolt goes beneath to a similar plate on the other side. 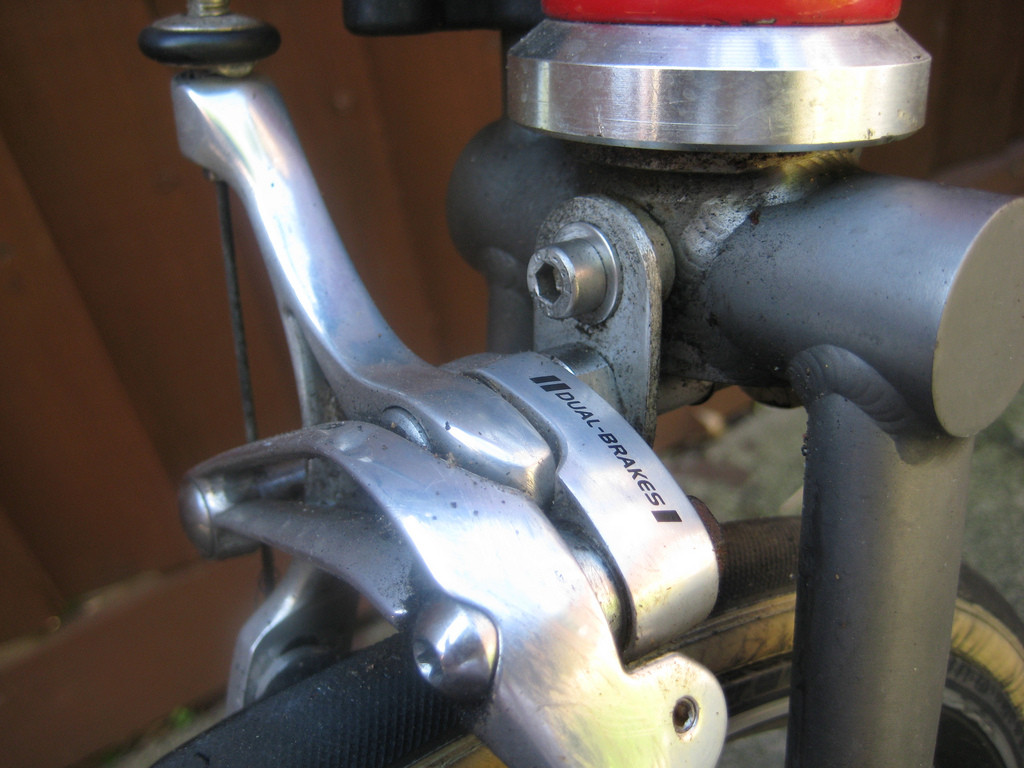 The brazing appears to be for a bottle / friction dynamo. The giveaway is that it's only on the right side. Which means this is a bike from Japan or another left drive country.

Are you sure you have the right size wheels (or fork)? My guess is that the bike was originally 27" but someone replaced with a 700c which is slightly smaller. Or that the fork is for a 27" or larger.

You specifically asked for alternatives to long reach calipers so I won't go into detail, but they are available (I use a tektro r559 but those only go to 73mm) but you might need to find older Weinmans.

My best suggestion that if you don't want to use long reach calipers, replace your wheel set with something bigger like a 27" or 28" (635).

Not the answer you're looking for? Browse other questions tagged road-bike brakes fork build or ask your own question.

9
Drop handlebars with drops that don't fit. Replace or adjust?
1
Adjust reach on Ultegra ST-6510 levers?
5
How do I measure a fork for suitability?
2
What options do I have when replacing my fork's elastomers?
3
Shimano Sora vs higher range brake pull ratio
2
How to calculate rigid fork replacement for suspension one?
2
Persistent front wheel squealing: Replace the fork? Switch to disk?
4
What type of brake is this?
1
Replace V-Brakes with Caliper Brakes on a Flat Bar Road bike
4
Road bike to CX/Gravel conversion