Price considerations apart, would it make sense to install together an internal hub gear and a derailleur?

I was thinking of it as a viable way to avoid having the front gears.

Given that most contemporary internal gear hubs are designed to take up the entire width of a normal rear hub (135mm), there isn't space to add a rear derailleur cassette unless you have an abnormally wide rear frame. Perhaps you could try it with a fat tire bike but most regular bikes don't have the hub spacing to do this with regular IGHs.

And would it make sense? Not normally. Most contemporary internal-gear hubs have a wide-enough range (Shimano 7 speed has 245%; Shimano 8 speed has 307%; Rohloff 526%) and enough 'steps' to satisfy most of what you'd want with a derailleur. Bicyclists tend to be conservative and want to reduce the number of moving parts (and thus breakage points) to a minimum: having both IGH and a rear derailleur increases friction and doubles your maintenance and repair profile.

That being said, Brompton 6-speed bikes combine a 3-speed internal gear with a 2-speed rear mini-derailleur. This is in part to make up with the wide spacing of the 3-speed internal-gear hub. It wouldn't have been necessary if you had a 7- or 9-speed Shimano or 14-speed Rohloff, but the Brompton has a very narrow rear frame and only a custom 3-speed IGH fits. The Brompton IGH was initially made by Sturmey-Archer, then they switched to SRAM. 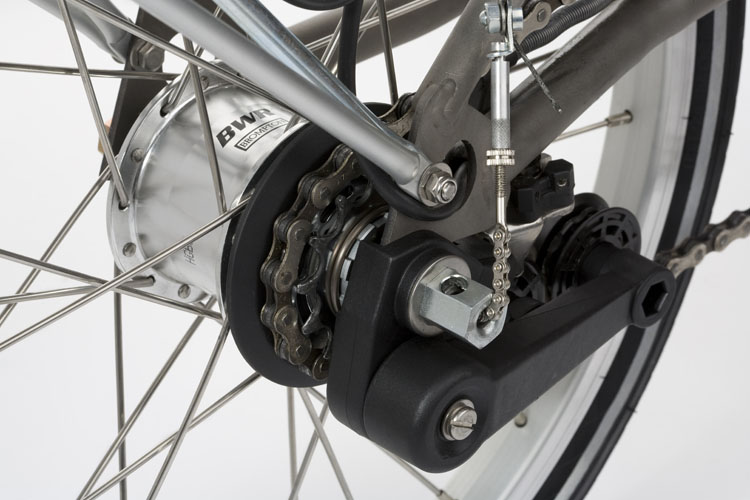 And as @armb has so cogently noted, SRAM does have a "Dual Drive" line that has a three-speed IGH combined with a rear derailleur. It's unclear if any bike manufacturers in the USA have adopted the DD-3, although @gschenk noted in chat that:

three speed hubs with seven speed cassettes are/were fairly common here in Germany. It's an old Sachs thing. Advantage: Without a front derailleur a chain guard may be mounted. While it still offers 3x7 gears. That dates back at least to the eighties (maybe but seven then). It is rare now, most bikes appear to be seven speed IGH. 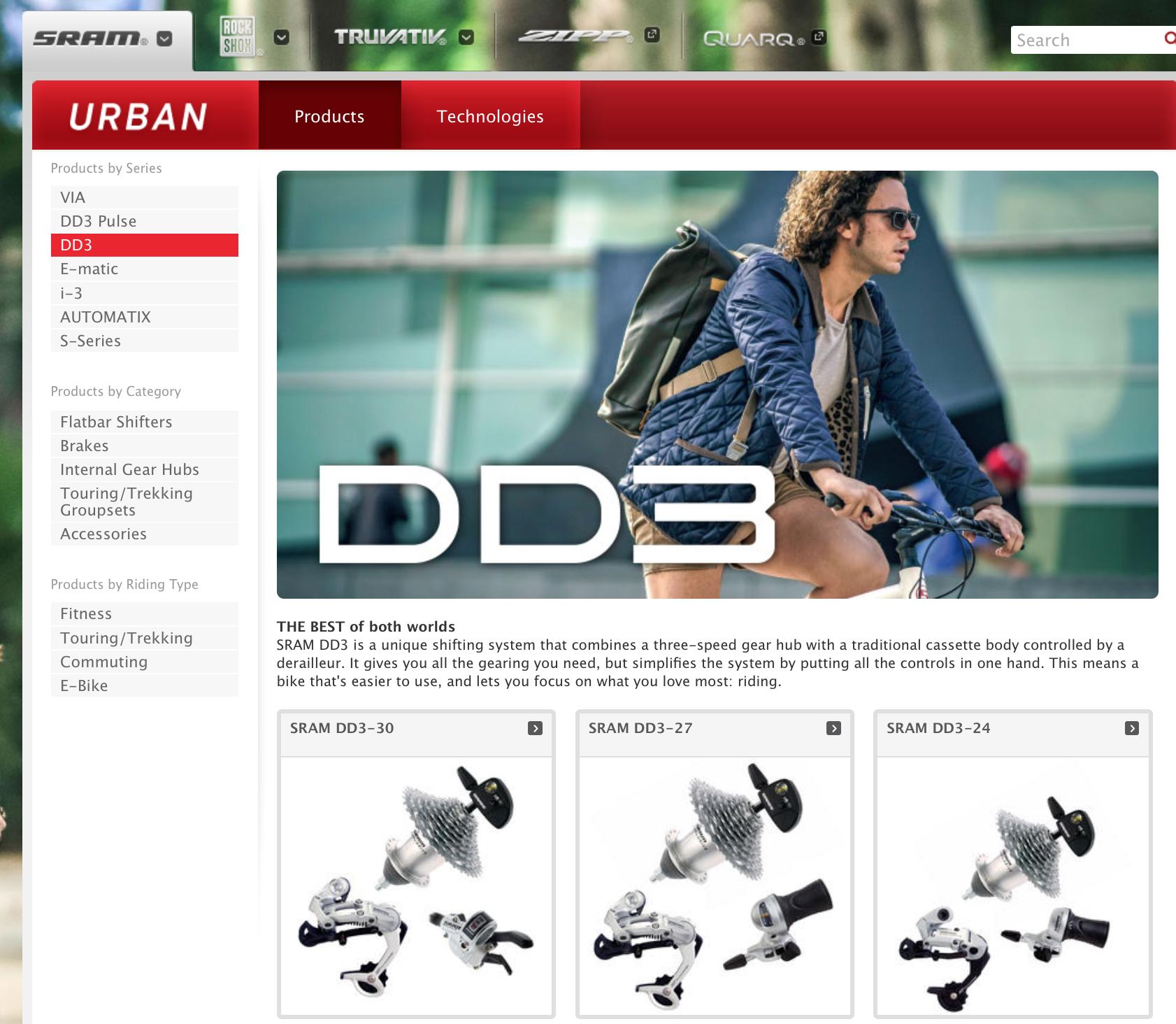 Finally, with all that being said, you could use a front derailleur with an IGH rear hub if you wanted extra mountain climbing gearing (there's also front internal-hub cranks). Some people put schlumpf mountain drives on their Bromptons so that they have a 3-speed IGH, a 2-speed rear derailleur, and 2-speed IG front crank.
Share
Improve this answer
edited Apr 1 '17 at 23:20
answered Mar 27 '17 at 7:57

I have an old Scarab trike that has a 3 speed hub with 9 ring cassette (SRAM DD3-27). It's been holding up well for years!

The Classified rear hub was released in mid to late 2020, i.e. 3 years after the question was asked. It is a 2-speed gearbox, and it mounts a proprietary 11s cassette. It is oriented towards performance bicycles. The manufacturers claim that unlike other internally geared hubs, their system adds negligible drag. The hub can produce gear ratios of 1.0 (the default, so your gear ratio is controlled by the front ring and your cassette cog), and 0.7. The latter is equivalent to the gearing change produced by Shimano and Campagnolo front derailleurs, with SRAM AXS producing a slightly lesser ratio change (about 0.74). The system is designed to be used with a single front ring, but I don't see any technical reason it can't accommodate a double chainring, which would create absurdly low gearing if you wanted.

Classified's hub receives shift commands through a proprietary thru axle and a transmitter mounted on your handlebar. In principle, mainstream component manufacturers could likely integrate the shift commands into their existing electronic shifters.

Cyclingtips wrote an overview of the system here, and there are other reviews on the web. Classified debuted its system on the Ridley Kanzo Fast gravel bike, and some reviews of that bike should mention it as well.

Getting back to the original question, Classified proves that it is possible to a simple 2-speed gearbox in a rear hub, thus removing the front derailleur, although right now this requires proprietary parts, and I'm not sure how much of a market there is for this system across all types of bicycles. A follow up to the original question might be: why would you want to remove the front derailleur, and what sort of bicycle are you talking about? For utility and commuting bikes, would a 1x10 or 1x11 drivetrain suffice? If you are in a hilly region, does the lowest gear on these drivetrains not suffice? Would you consider an e-bike? If you are frequently dropping your chain while doing a front shift, is your front derailleur adjusted correctly, and if not, is it impractical to keep it in adjustment?

I saw a Union Antelope today in Amsterdam and it had both.

The IGH cable went in through the left side of the hub with a short chain (like that on a Sturmey Archer). I don't know how many internal speeds there were because the shifter just had L..H on it. On the left, it also had a hub brake drum.

On the right of the wheel, it had a 5-speed derailleur.

If it weren't for matching levers on the bar, I'd have guessed it was a homemade setup.

My guess is it was at least 20 years old.

I took a few pics, but didn't overdo it as I don't want to be seen messing with someone else's wheels. 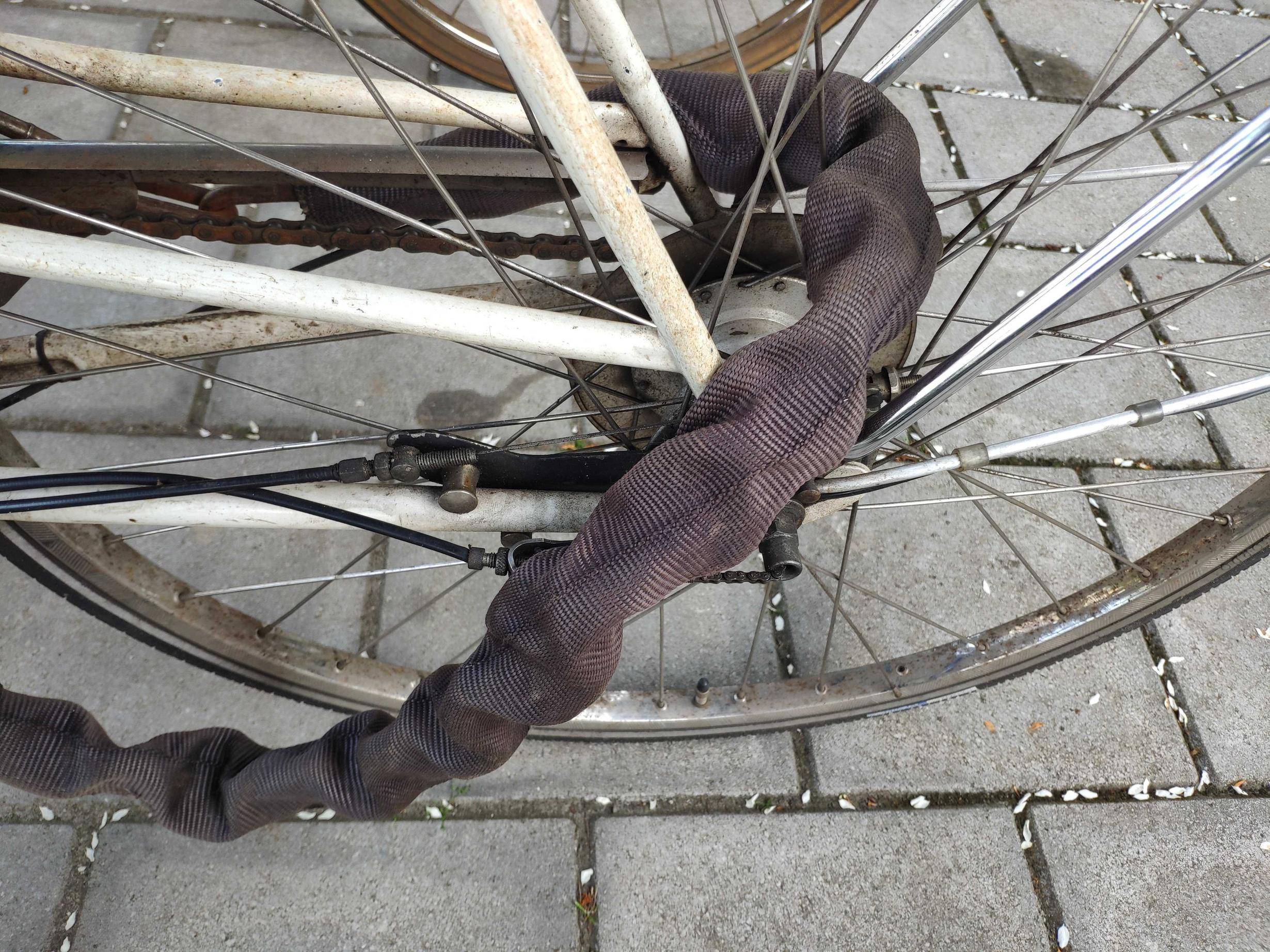 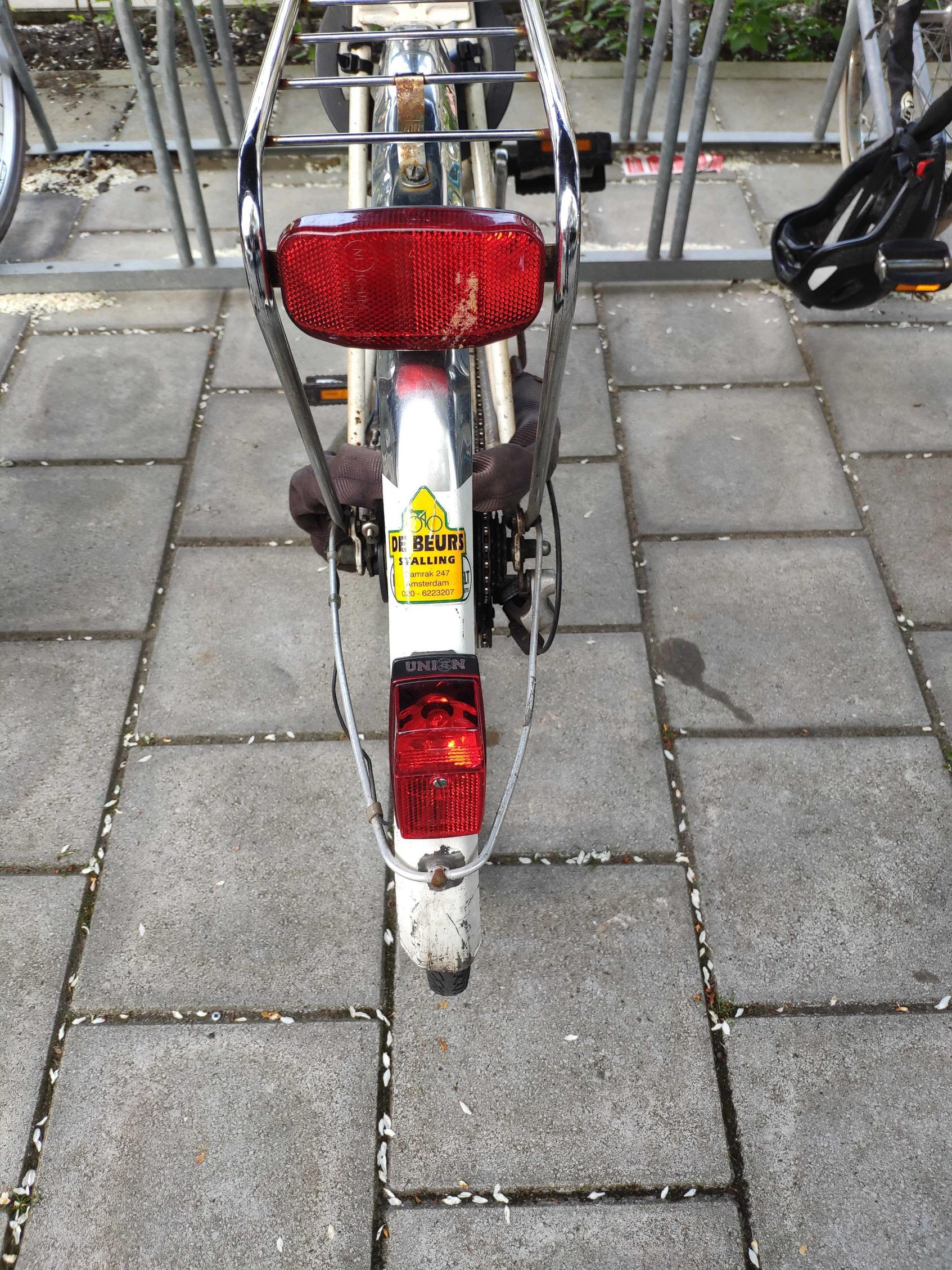 Not the answer you're looking for? Browse other questions tagged gears derailleur internally-geared-hub or ask your own question.