I'm renovating an older bike. I took the 6 speed freewheel (Shimano mf-tz20) off because it was rusty, disassembled, chucked the parts in vinegar overnight. The rust came off, but so did the goldish tint of the cogs. I'm assuming the steel cogs had some coating applied to them to prevent rust/harden, I'm not exactly sure. My question is, what kind of coating did I strip off the freewheel, and what can I do to prevent rust on the now bare steel surface? 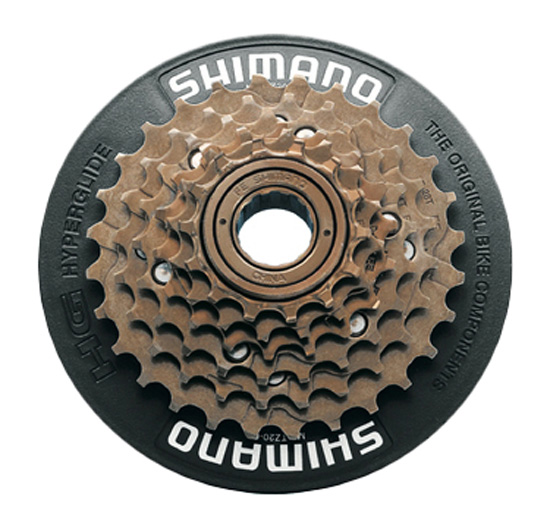 Normally the lube from your chain (especially if you use a tacky lube) is enough to prevent corrosion. But if you're worried, why not just give it an extra coating of silicone oil.

Fineprints: But (along the lines of what @Criggie points out) it might be cheaper to buy a new freewheel than a can of Boeshield... Another side note is that using an acid to strip rust can be a bad idea because it leaves the exposed metal in a particularly vulnerable state for corrosion. Because rust on the sides of the sprockets really doesn't hurt you, I would have just degreased with a citrus degreaser and left the rust alone -- or bought a new freewheel.

Not the answer you're looking for? Browse other questions tagged shimano freewheel rust or ask your own question.