During the replacement of gear cable (Shimano Sora 2017 brake/gear levers), I incorrectly threaded the gear cable, gave it a little tug, and now the head of the cable is stuck in the lever housing, wedged between the wheel which adjusts gear position and the housing.

My removal attempts thus far have totaled around an hour, and have included trying to lever out the head with a small allen key, and trying to hook a string around it.

Has anyone had this problem before? Is there a way to dismantle the lever to an extent where this would become accessible? 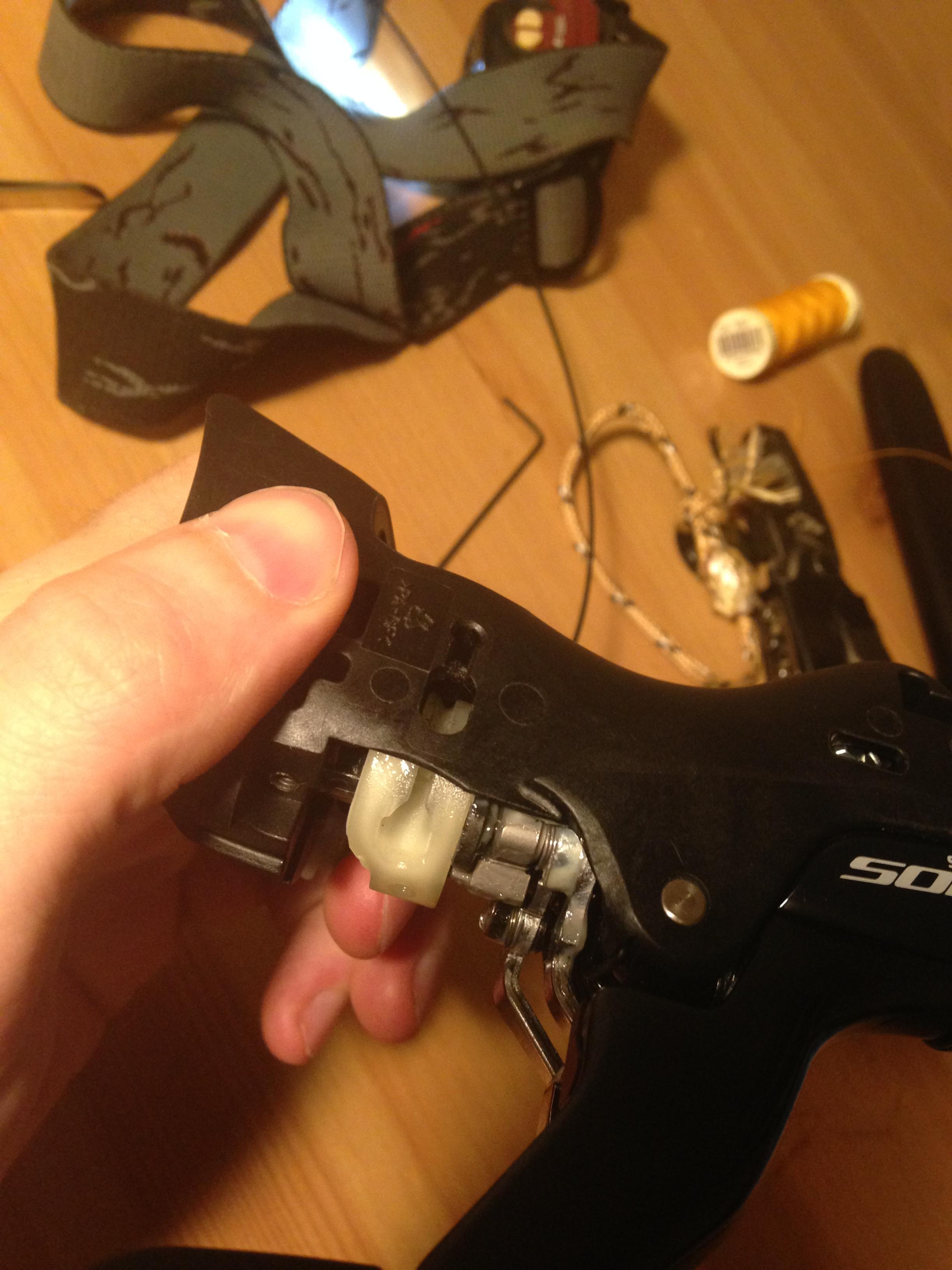 In the interests of closing the question I'll answer it.

I took it to a shop and the mechanic managed to pry it out using a tool a little like a screwdriver (but with a pointed end) while applying pressure to the cable.

I had this exact problem and was able to fix it. The cable was not replaced properly and the nib got pulled into the centre of the brifter body. I didn't have any hope as there was v little movement in the nib if I waggled the gear cable from the opposite side. Anyway by removing the access panel using the screw under the brifter + the screw at the back of the inside (see pic), I was able to get enough movement to dislodge the nib at the same time pushing the cable inward from the opposite side (to push the nib out). It does take some MacGyver skills though plus it helps if you can securely mount the brifter in a vice, freeing up both hands to do the work. 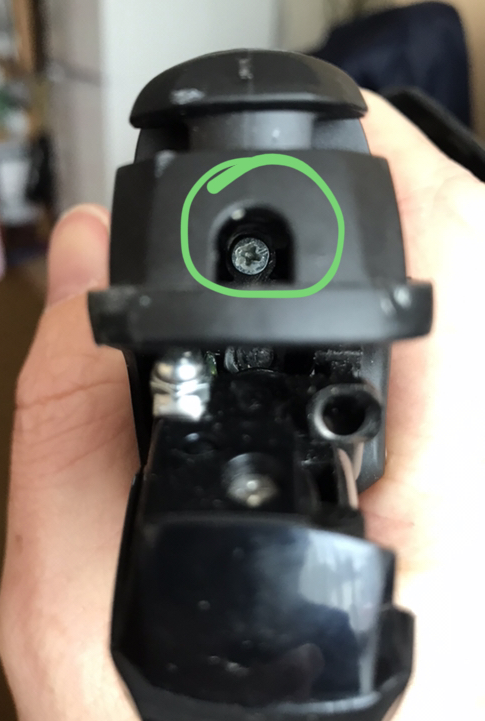 Not the answer you're looking for? Browse other questions tagged shimano repair shifter brake-levers or ask your own question.