Recommendations for transporting twins on the front of a bike

Ask Question
Asked 11 years, 4 months ago
Active 7 years, 6 months ago
Viewed 16k times
22
votes
Locked. This question and its answers are locked because the question is off-topic but has historical significance. It is not currently accepting new answers or interactions.

are there any child seats that can be used for twins (6 month old)? I don't like the idea of putting them in a trailer as I suspect its easy for cars to not see it.

Also - special bonus point to anyone who knows of a solution that is compatible with a tag along bike (used by a five year old)!

Edit I am discussing some custom options with local bike mechanic, will report back when I have update.

An alternative to long tail bicycles is long wheelbase bicycles: 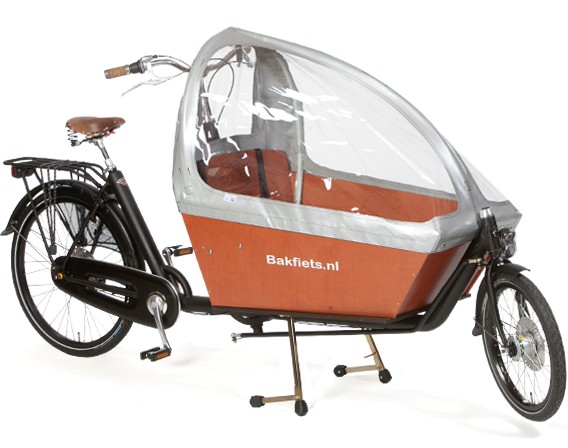 Recommendations for transporting twins on a bike? A trailer.

I'm a father myself - my son is nearly 9 months old, and I cycle a lot. In the area that I live, I wouldn't feel safe having him on the road with me at all.

If I were offroad, or on more quiet roads, I would definitely prefer to have him in a trailer; they're more stable for you and your child (they can't wobble you, don't change your centre of gravity, and won't fall over when you do).

Anecdotal evidence that I've read suggests that drivers are actually more likely to give you a wide berth with a trailer, simply because you look unusual and they notice you (this question has some links to an interesting study on factors affecting the gap given to cyclists, which touches on a similar thing). This article makes a very good case for the trailer vs a child seat in a collision with a car.

Aside from anything else, kids love to ride in trailers. :-)

I know your question states that you don't like the idea of a trailer, but if they were my twins I'd want them in a trailer - so I can't offer any other answer than that!

You could always get a seat for one in front of you (handlebar mounted child seat) and the second behind you (conventional rack-mount child seat). Probably have to have them trade off to minimize fights, since the front seat is probably a lot more fun (and easier to watch the kid). I see a couple around town where the wife carries their kid in a handlebar mounted seat that looks just like that one. 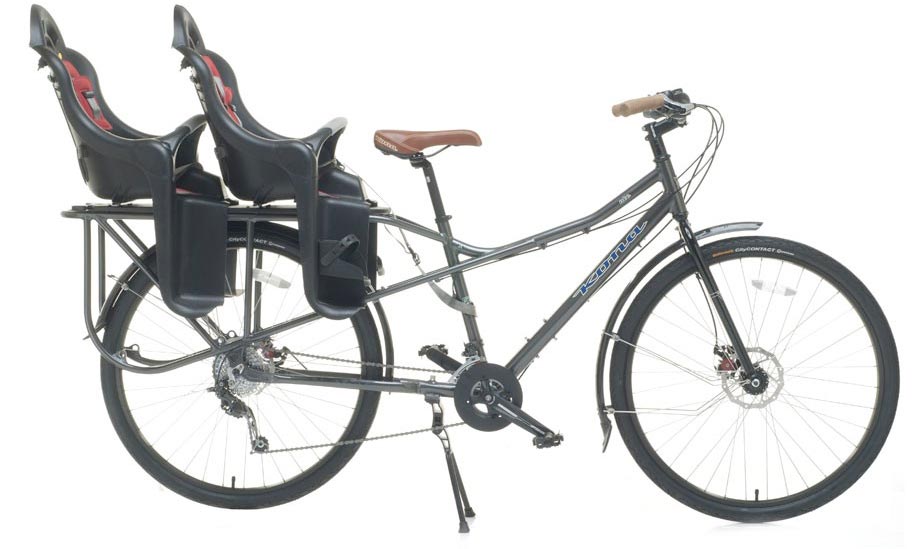 You should check the age, though... I understand that you want to wait until a couple of months after the child can hold their own head up (the helmet makes it even harder on the child's neck, but small children really need to be wearing a helmet). Something like 9 months? Or maybe find a seat arrangement that has the kid laying down instead of sitting upright.

For a solution that's compatible with a tag-along bike, you probably need something that puts both kids in front of you. A bakfiet's probably way too expensive, though.

I see lots of parents carrying kids on bikes, but only ever a single kid on the bike, if there's 2 or more kids, all the others are in a trailer, on a trail-a-bike or on the other parent's bike.

Disclaimer: I don't have kids and have never tried to carry even one on a bike. Closest I've ever come is either a lot of groceries on the bike or an adult on a trailer.

This is pretty unconventional and not necessarily available to you, but here's some food for thought. Friends of mine had had a custom 'rack' built for their Kona Ute by a local rack & frame-builder to transport their two daughters (although they are much older). It came out exceptionally well (plus the girls love it): 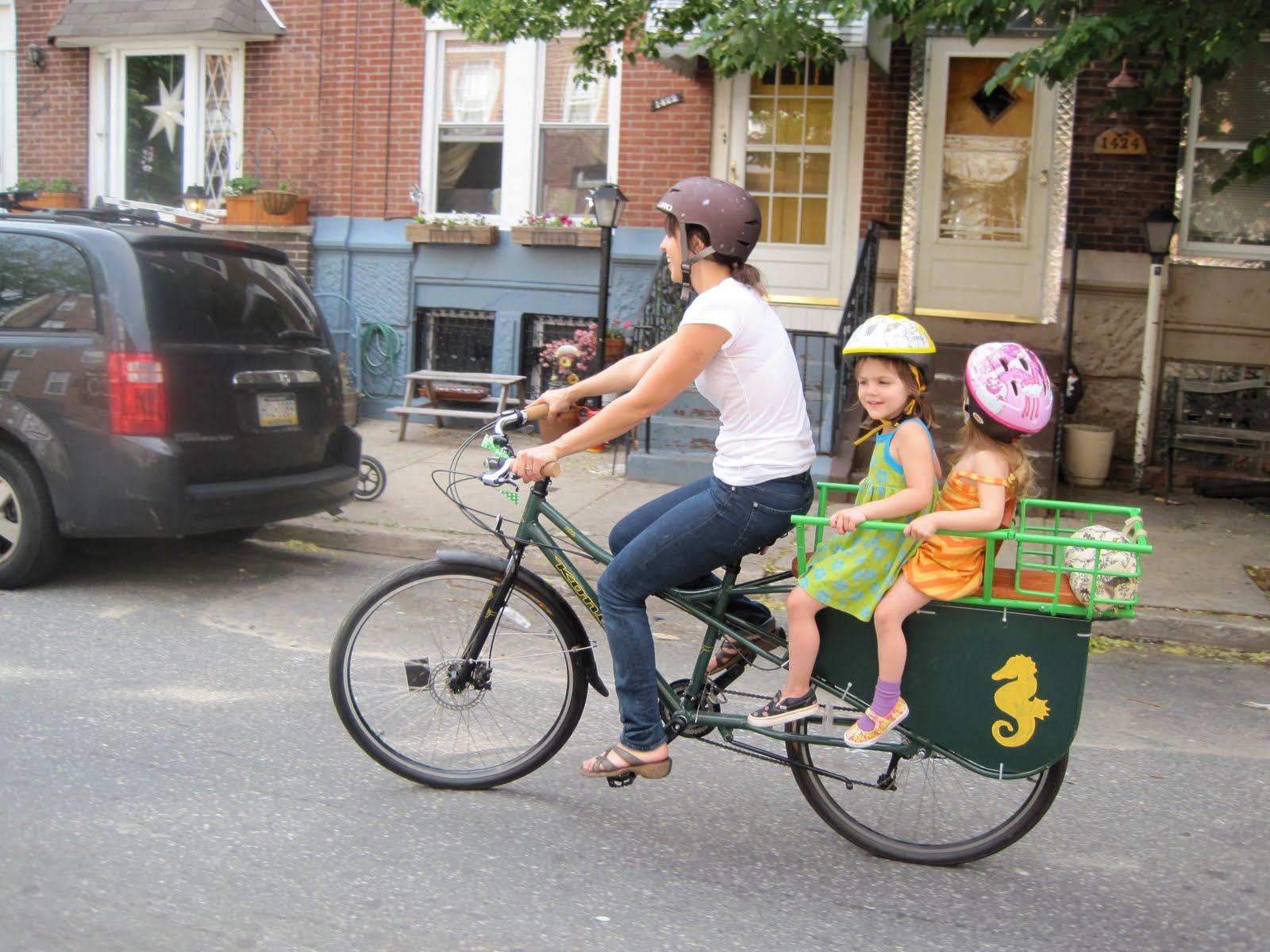 If you have the requisite skills you could make one of these (or get someone to make it for you): 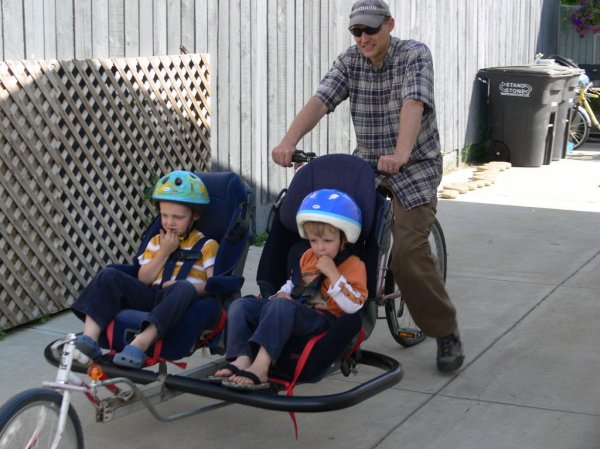 There are lots of details on his site Rutzer Tales.

you could use one behind seat kid seat and one top tube kid seat. 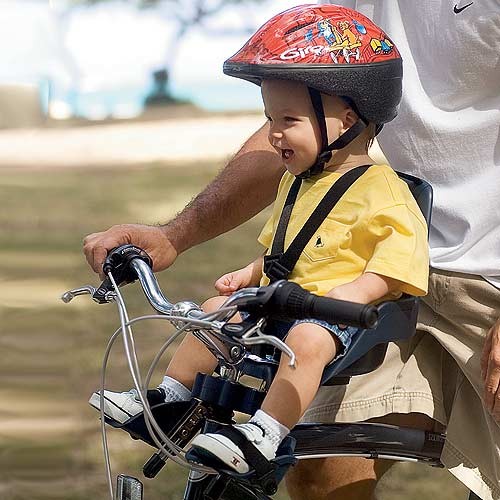 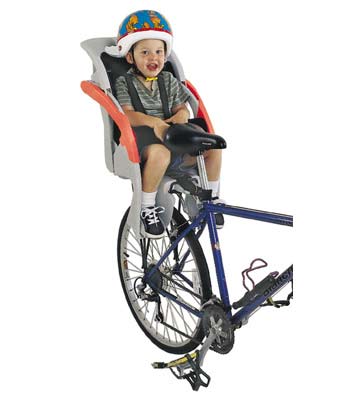 Danish solutions can be found here: 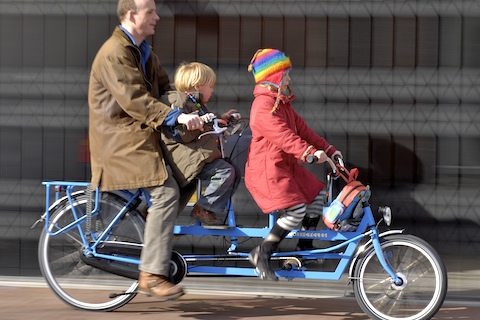 Kevin I'm a father of 3 girls and a boy all grown up now but i use to ride them to pre-school [back in the day] using side streets when possible. In my opinion a trailer would be the best and safest.. when and if the bike falls the speed at which the childrens heads hit the ground is very very fast it is sometimes refered to as "tip-speed" even with a helmet i would highly discourage it..

Winther kangaroo but its expensive. Front trailer. Three wheeled and lots of storage space. Trailers are safe for 6/12 babies. A place for them to rest and shady. Water proof and bug proof too. Seats can change to face you or look at the front view. They also have the four seater one for your 5 year old. Capacity weight is 100kg. Saw it in the web. Tested safe.

Not the answer you're looking for? Browse other questions tagged trailer children or ask your own question.

13
Alternatives to trailers for transporting young children
3
What is an alternative hitch for the Re~Cycled bike trailer?
1
How high should be the handle of a balance bike for a 35 inches tall kid?
9
Designing Bike Trailers – Especially the hitch and load
6
Is it appropriate to carry furniture with bike and suggestion for equipment
5
Where can I get a replacement drawbar for a bike trailer?
2
Tightening the bolts on training wheels for a child's Schwin bike
31
What are the conditions for removing training wheels?