What's this torque specification on the seatpost for?

I read 12Nm torque on my seatpost (a Cinelli Vai seatpost).

What does this torque refer to?

I would assume it's for the two bolts above that tie the saddle rail to the seatpost, but at the same time it looks like a very high torque to me for those bolts, so I am confused. 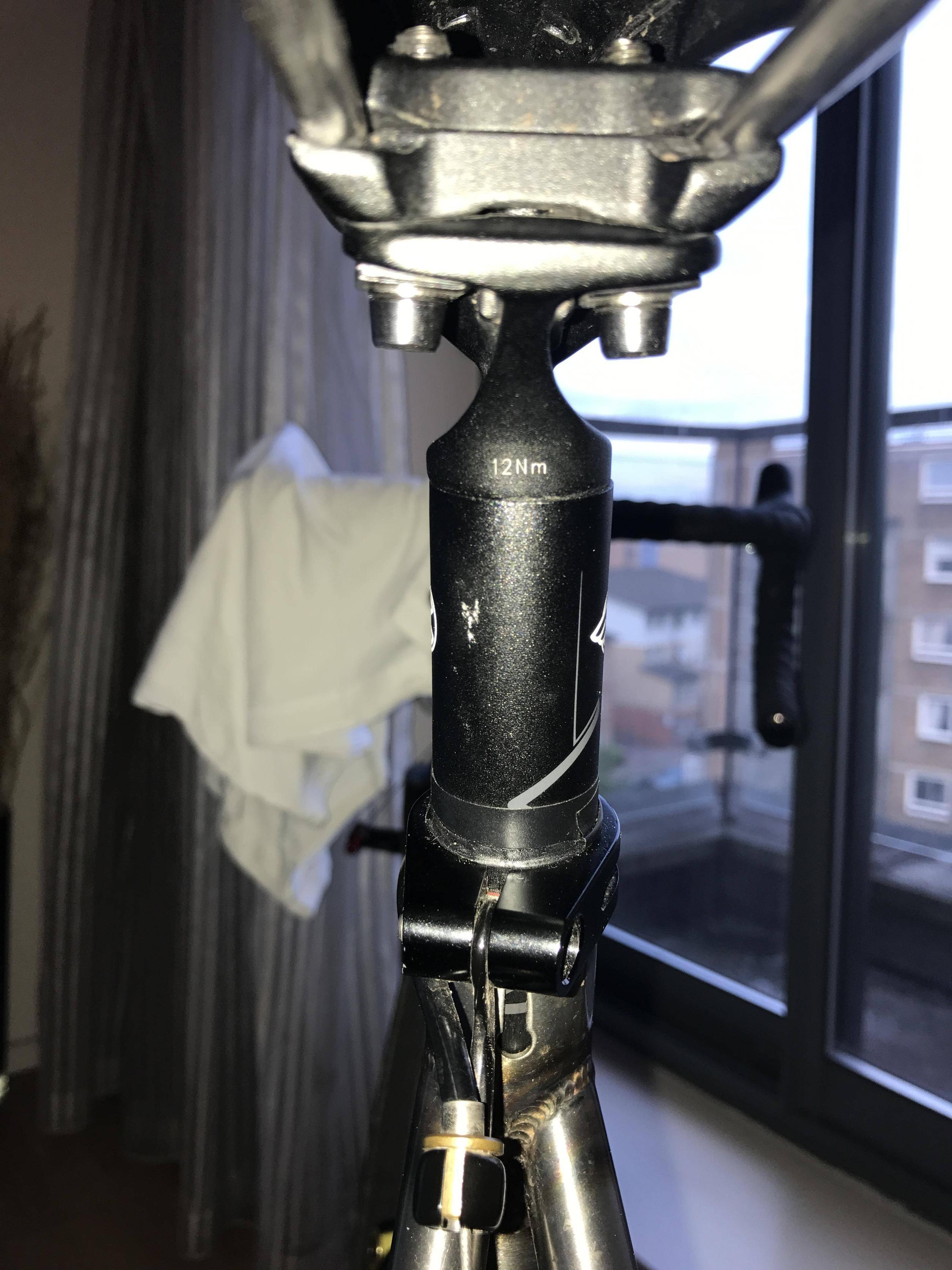 I suggest looking at this table from Park Tool for what each component needs for torque.

For the seat rail binder (aka seat fixing bolt aka the bolts you've photographed), Park tool gives a range from 174 - 347 in-lbs as the Shimano value, with some others requiring as little as 44 or others as much as 300.

As noted in the table, the number doesn't really make sense for the seatpost binder (thing that holds the seatpost in the frame); you normally just go enough that it doesn't slip for that, which Campy suggests 4-6 N-m which is much lower.

All being said, I'm not sure who actually measures that torque unless you have fragile saddle rails or post or something. But I suspect many people go (well) below the 20 Nm ish figure from Park Tool by a good amount. I've never used a torque wrench for this, but I'd guess I've tightened with 10 Nm at best.

Not the answer you're looking for? Browse other questions tagged maintenance saddle seatpost or ask your own question.

23
How do I keep my seat from tilting back?
4
The right saddle for touring
2
Removing old fashioned saddle from seatpost
2
Does the Brooks Cambium C17 Saddle rub off?
2
How similar are saddles made by the same company?
1
Seatpost clamp bolt replacement
4
Fitting a saddle with non-round rails to a Stevens Arcalis
6
'Micro adjust' saddle clamp not allowing fine enough adjustment (on SP12 suspension seatpost)
4
Compatible seatpost for Brooks C13 saddle with 7x9 oval carbon rails?
2
Torque of the rails or torque of the post?