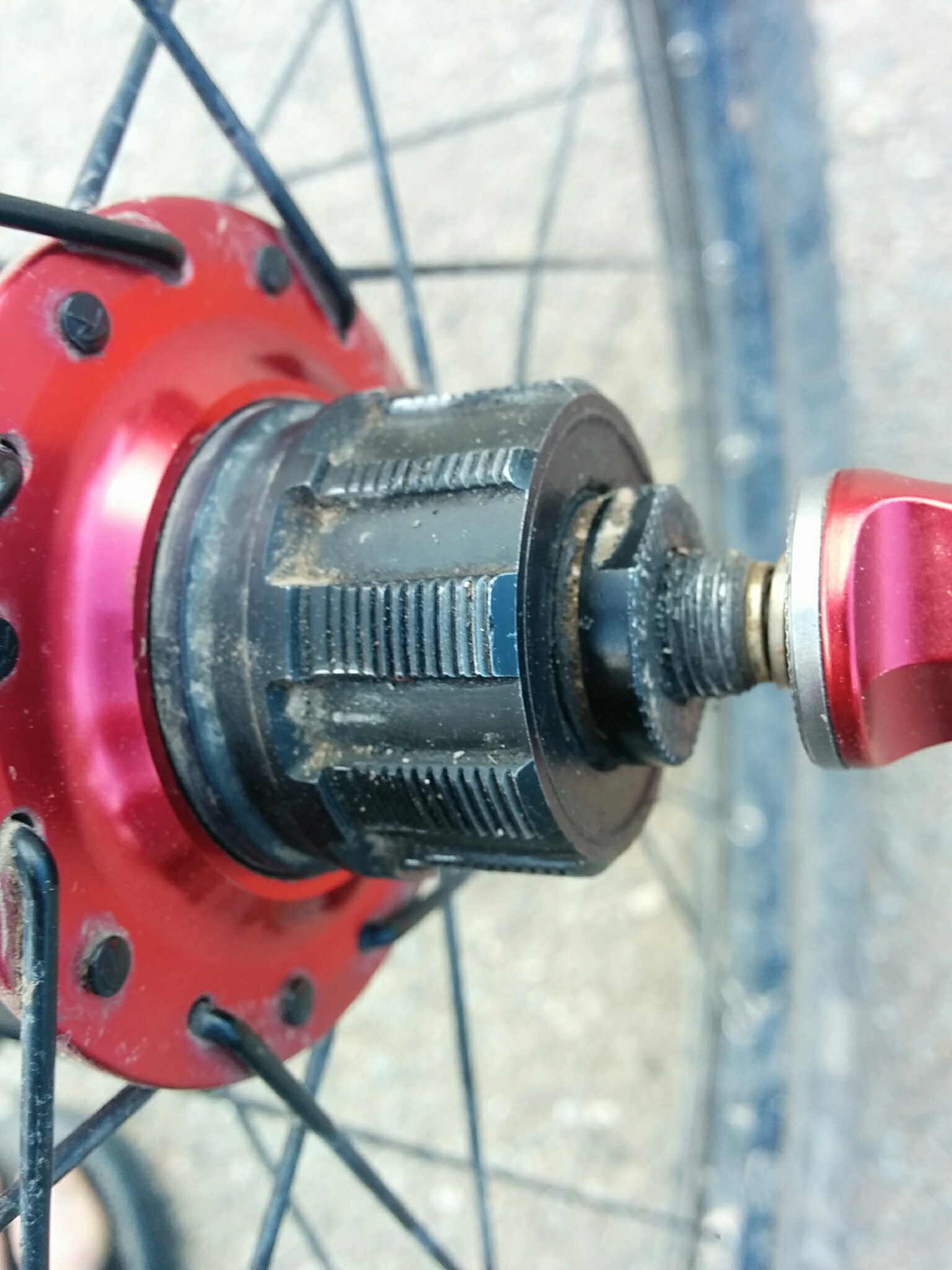 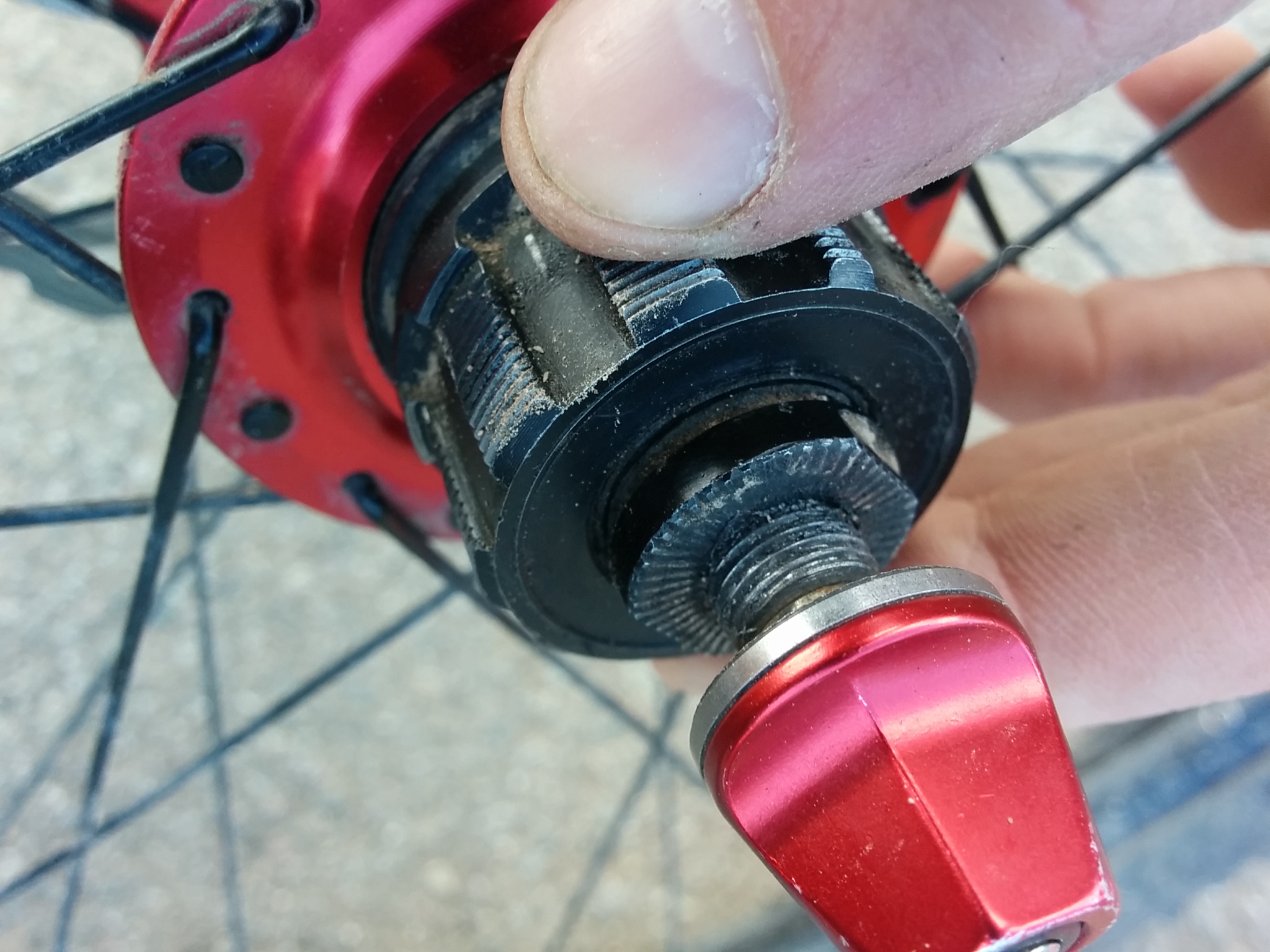 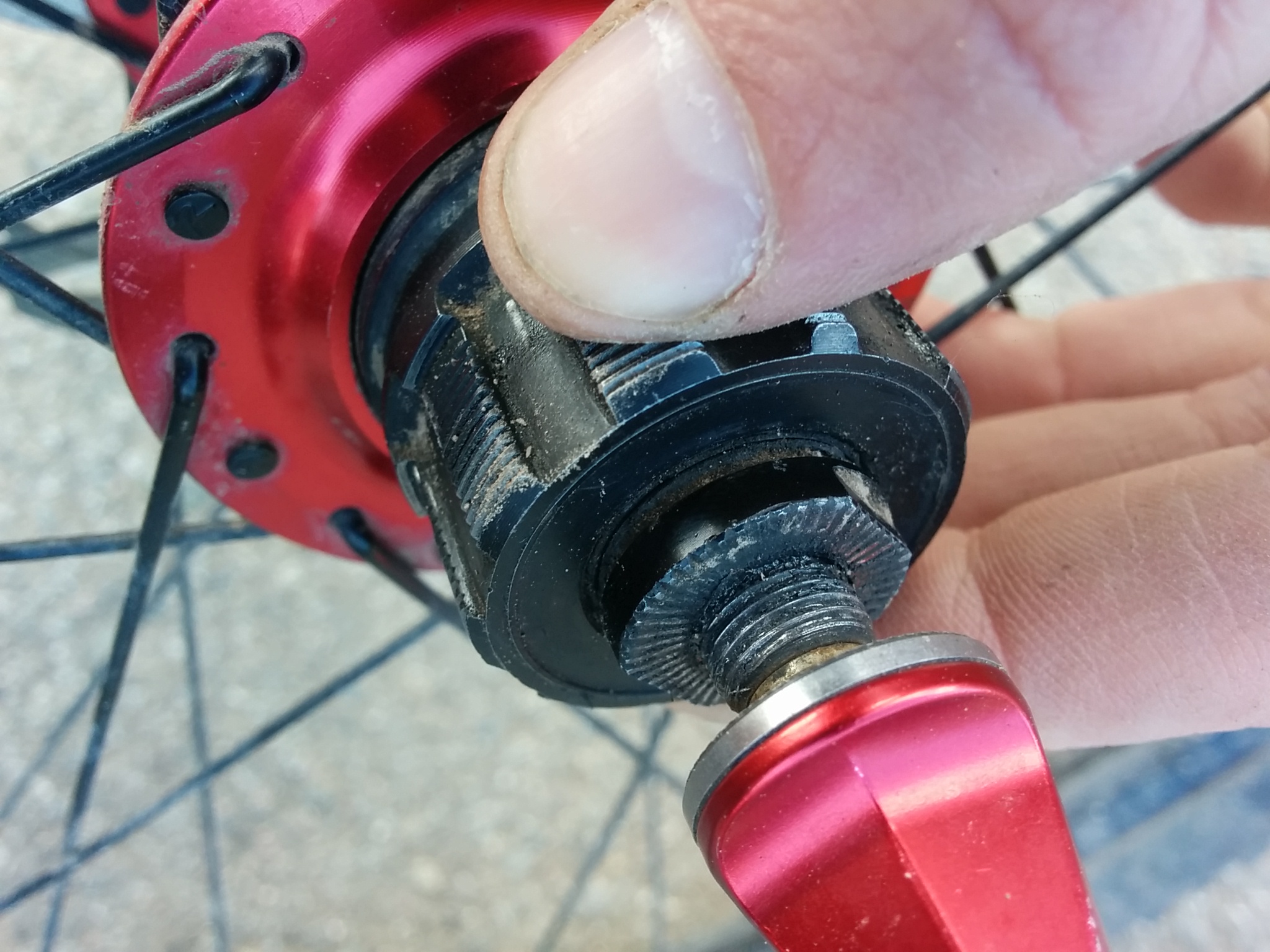 This is a OEM wheel from a 2014 Salsa El Mariachi Single Speed, called a "Salsa 2, Singlespeed" hub, which I believe is made by Formula. The freehub body "wiggles" (the thing that my fingers are touching in the photos). I tried to show the wiggle in the last two photos, but it may not be perceptible in the photos; it moves by about 1mm. Do I need a whole new freehub body? If so, how can I find a replacement? Or do I just need to service the one I have? Or lord please don't tell me I need a whole new wheel!

You don't say what brand of hub it is so I'm assuming it's a could-be-anything OEM singlespeed MTB cassette hub.

There is no universal answer. If you want to figure it out yourself and you have no other real information about the hub (which would usually be the case unless it's from an aftermarket hub maker), you have to take it all the way apart and see what there is to see. Some hubs, for example most Shimano cassette hubs, can be tuned for freehub play by permanently removing one of a set of very thin shims inside that are there just for that purpose, but one has to take the unusual step of completely disassembling the freehub body. It's also possible that play is occuring because a freehub cartridge bearing is destroyed, in which case can just replace the bearing.

Depending on the design of the hub, it's possible that this could be a simple adjustment, but that's not usually the case.

If you do find that you need a replacement freehub body, and it is an OEM wheel, they can be tricky to get hold of but it's possible more often than some might have you think. If it's branded by a bike company then the first place to start is a call to that company's warranty department, which in some cases might just have it laying around, especially if you know the exact model and year of the bike. If that doesn't get you anywhere, which is entirely possible, then it becomes a matter of pouring through images of all the Novatec, Formula, KT, King Kong/KK, Chosen, etc hubs of that genre that have ever been made, getting the model, and making contact with a representative of that company that speaks your language. At that point arrangements can often be made to get hold of a replacement freehub body. Since this is a singlespeed it's probably more of a longshot than usual that this plan will work, but it's worth trying.

If its still riding okay then keep riding it.

Preemptive maintenance is fine if you have deep pockets, but if this part fails the worst I can think of is a rear wheel lockup, which may damage the rear hub.

More likely the chain will simply cease to drive the wheel and you'll be coasting. Since its Single-speed not Fixed, braking is not done through this part.

Once it fails (if ever) then start looking for a replacement freehub body, hub, or wheel.

A mm of movement doesn't sound much, but I could be wrong. My Nexave hub, over many years, loosened and I got an "unsexy wobble" (several mm's side to side) with the rear wheel. LBS mechanic tightened the hub and I was on my way. If it is a worry, take it to the shop for a quick look-see :)

Not the answer you're looking for? Browse other questions tagged wheels hub freehub or ask your own question.