Are there measurements of road bike tire friction coefficients?

I am trying to learn about the maxium lean angle of a road bike. I'm looking for measurements and comparisons. 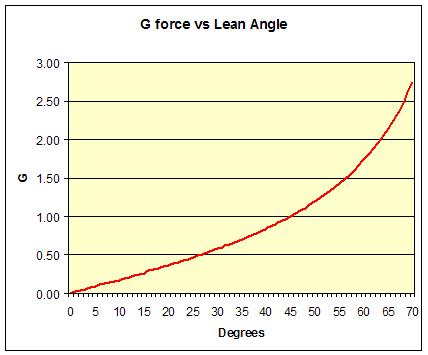 I don't know of any specific tables that measure lean angle and here's why: we do know some of the factors that affect rolling resistance. They include tire construction materials, type (tubeless, tubular, or clincher), tire width, tire pressure, road temperature, road surface, inner tube material (butyl or latex), rider weight, and, because of interactions between road surface and these other variables, sometimes speed. Because these affect rolling resistance, they will also affect maximum lean angle.

Many of the tables that show rolling resistance coefficients were measured under controlled conditions in a lab, using rollers of known diameter and known surface (smooth or bumpy) driven at a known speed. However, some tables are calculated from field tests on real roads. Although the roller test values and field test values may differ, comparisons made by those who have done both show that the relative ranking of tires is almost always preserved (that is, if tire A has lower resistance than tire B on rollers, it almost always has lower resistance than tire B on the road).

I had to dig through my senior year single track vehicle knowledge for this one. It's a little confusing but mathematically the maximum lean angle of a bicycle is theoretically 45 degrees regardless of tires or anything else really. Here is a picture of the math: 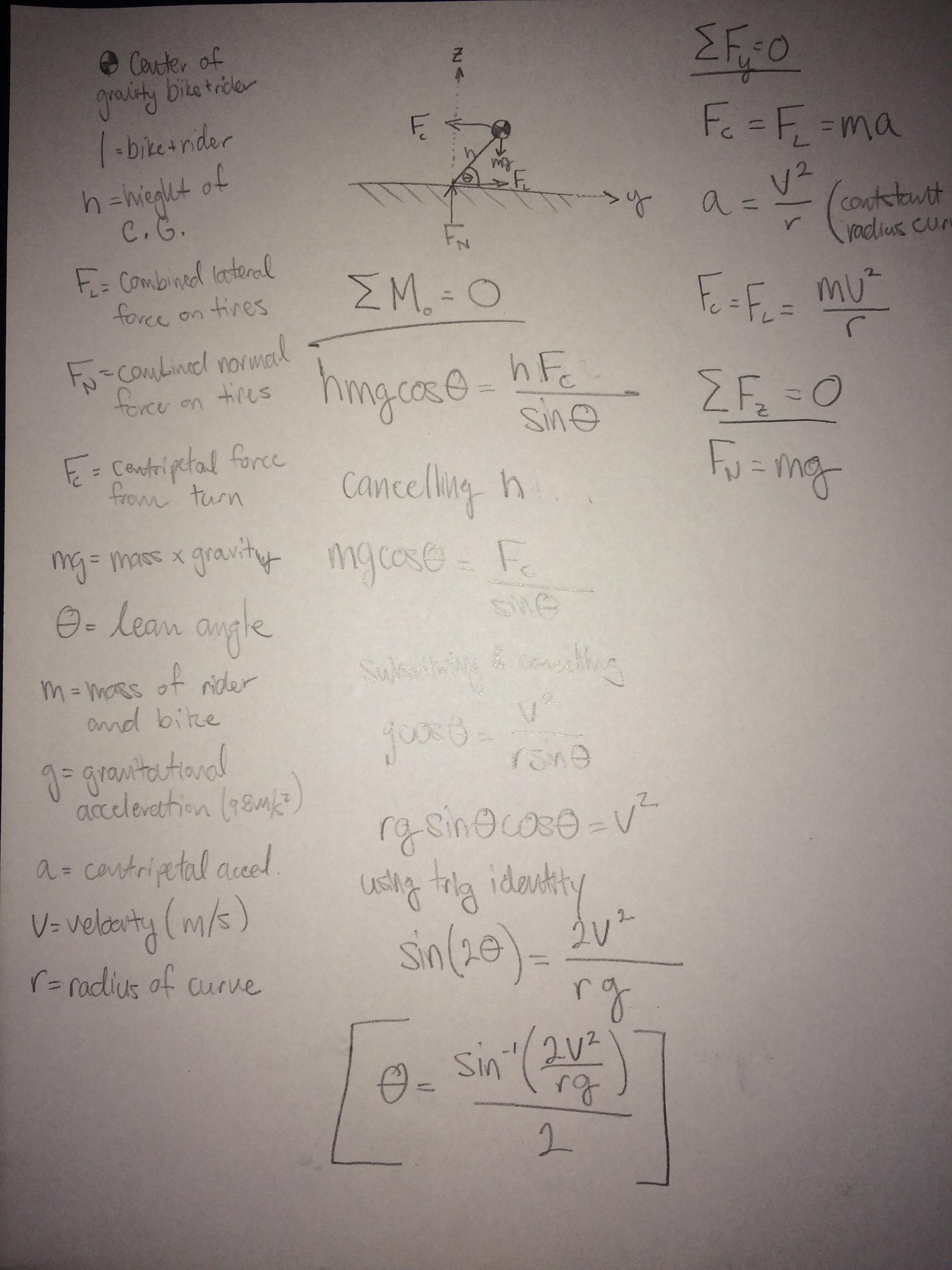 Since the largest value possible for inverse sine is 1 the largest possible lean angle would be 45 degrees. This makes sense because if you tried to pull a leaning bicycle upright from the tire contact patch, as soon as you reached 45 degrees this would become impossible.

Yes, MotoGP achieve lean angles of 60+ degrees but there are affects such as angular momentum to take into account and are beyond the scope of this answer.

If you are interested in the maximum lean angle based only on tire adhesion the data from my notes shows tires dropping off around 40-50 degrees camber angle. 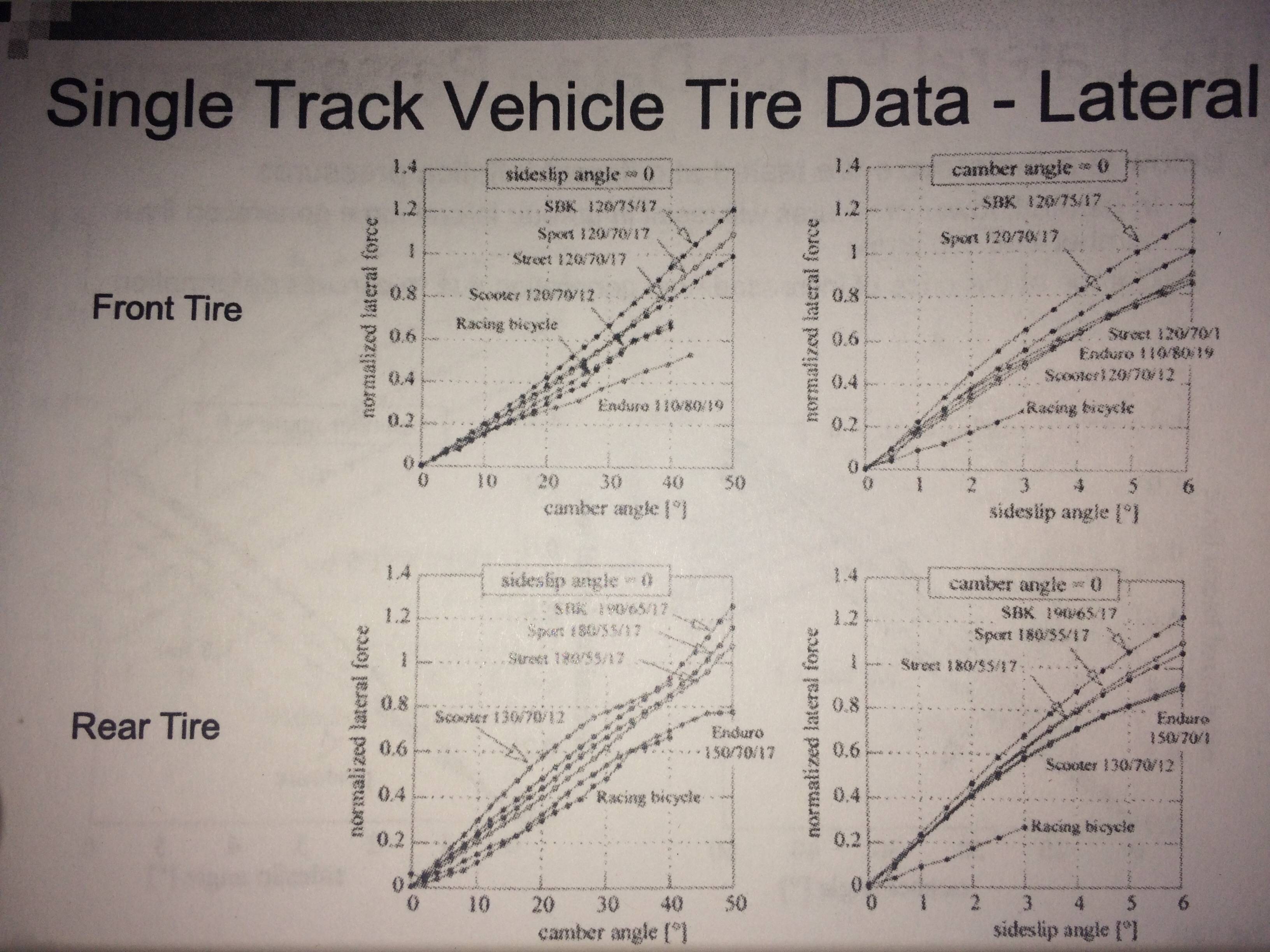 In terms of tire friction coefficients, these change over the different slip angles and camber angles, the same tire could have many different coefficients based on different angles, speeds, temperetures, pressure, wheel widths, surface conditions and many other factors.

Not the answer you're looking for? Browse other questions tagged tire tire-pressure or ask your own question.

4
Fundamental principles of tire friction for off-road biking
1
How to get tight tire on rim of a road bike
4
How does my tire pressure effect the tire's maximum load?
4
How much air loss over time is considered normal / acceptable for a hybrid tire?
2
Are there any bike tires that can hold 500 lbs (225 kg) each?
2
29er Road Tire?
5
Is a powered car tire inflator suitable for road bike tire inflation?
7
Is there a way to measure tire pressure without using the valve?
2
Recommendations for 'upgrading' gravel bike with road tires?