How to attach graphics to frame

For attaching graphics to a painted metal bike frame, is there a better option than Scotch tape or clear packing tape? I'm looking for something transparent and adhesive, but not so adhesive it can't be repositioned or removed later.

The graphics I have in mind are home-printed "stickers" (but on printer paper, so they don't have adhesive) and registration marks for things like seat and handlebar position and angle. I'm not up to speed on painting, so that's not an option.

Scotch tape isn't fully transparent and I don't think it's going to last.

Clear packing tape is nice because it's clear but the adhesive can be hard to remove after a while without using things that can damage paint.

The project's coming along. I'll have a final report after I try some with sticker paper in the printer. 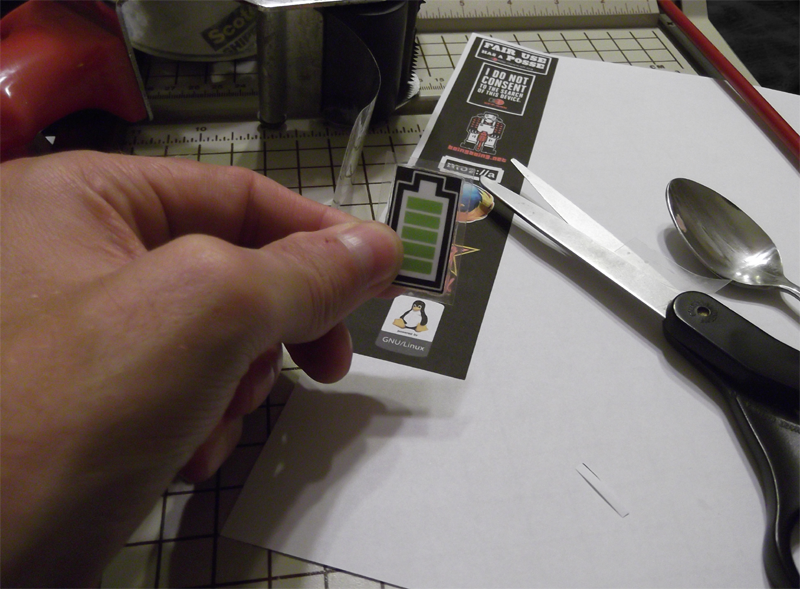 Here's a picture taken when using Gorilla Clear Repair Tape (on seat tube above the FD) and packing tape (below the FD). For anyone horrified by the condition of the frame, keep in mind this is my beater bike, meant to look not worth stealing. If it hadn't come this way I'd have had to distress it on purpose. 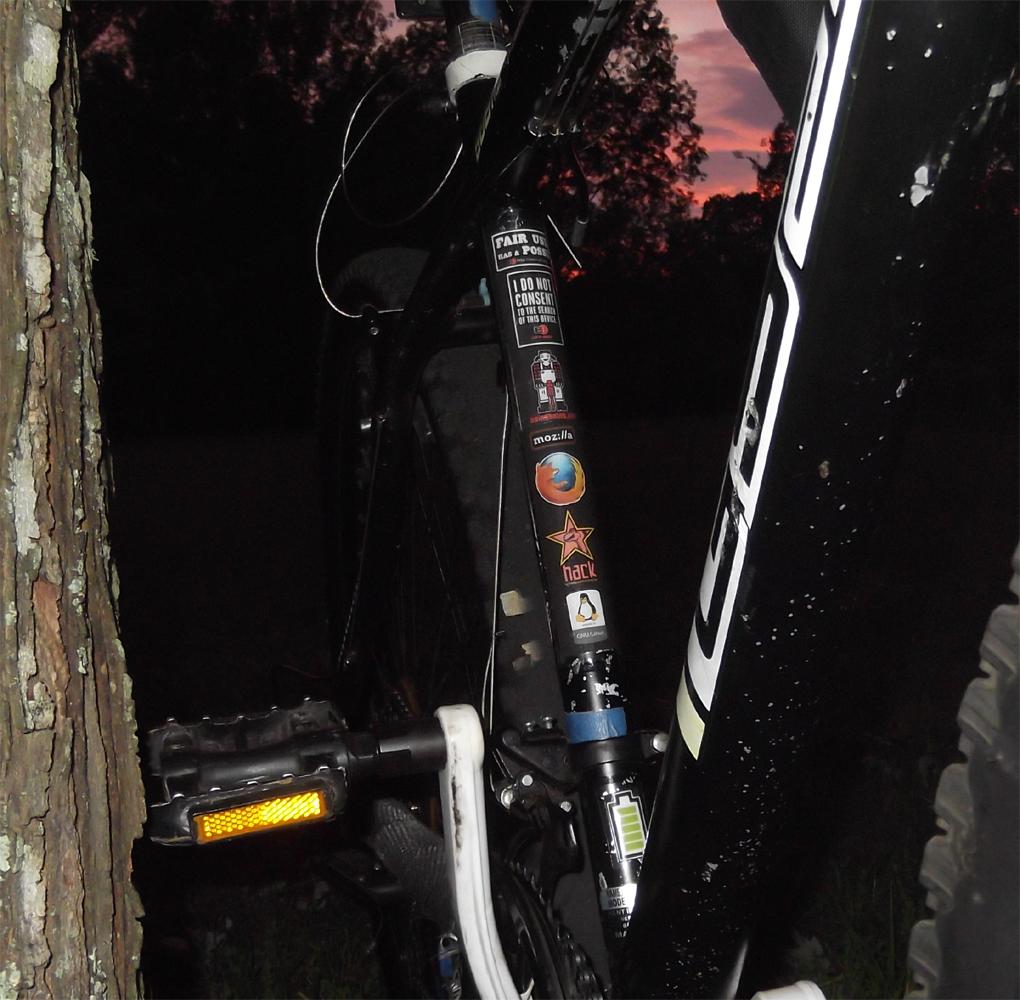 Sizing tests on the frame and a reminder on the stem, both with Scotch tape. The one on the stem has been holding for three months.

If you want to use tape, then you want to use what's commonly called "helicopter tape" (or "racing tape" or "repair tape") by car customizers. It looks like transparent packing tape but is much stronger. The story goes that the tape was used to cover the leading edge of helicopter blades to protect them. So it's tough, waterproof, and won't easily peel. And when you do have to peel it off, it comes off relatively cleanly (the remainder cleans up with GooGone or similar removal liquid).

That said, you need to be careful of what you're covering. Even with helicopter tape, some moisture always finds a way of getting underneath into the paper so it should be printed with waterproof ink. And UV light will also fade. So you generally shouldn't just use something that's coming out of your home inkjet printer.

I doubt any tape will last. Sunlight, rain, friction and wind will knock heck out of both the tape and the printout pretty quick.

If they're custom graphics then look at printing onto Tee-shirt transfer paper - the sort which is used to customise t-shirts. Downside is that it needs a high temperature iron to push the image to the cloth. To do that on a bike frame will likely burn the paint. You might get by using a hot air gun/paint stripper blower, but absolutely test this first.

Otherwise I'd suggest buying some fine brushes and some model kitset paints. Then use your printout as a stencil and paint directly on the frame. You'll want a steady hand and plenty of time. Once dried, put a heap of clearcoat on top to protect your work.

Third option, is to make up a plate like a head-tube badge. Cut and polish a piece of metal, and curve it to fit your bike frame. Then paint the image in place, lacquer/clearcoat that, and stick it on the bike with epoxy. I'd not recommend rivets unless you already have holes in the frame.

Do let us know how it goes.

I've used clear waterproof repair tape (from DIY shops, this link is Amazon) to attach labels to kayak paddles. While I don't spend as much time in the boat as on a bike, conditions are pretty harsh. With clean-cut edges it lasted several years. I have replaced it and it came off cleanly in one piece. It's much better than packing tape – it's tougher and the glue is meant to last. The labels I use underneath the tape are printed on a Brother label printer (Amazon). The laminated version of the tape is good, and may even be sufficient on its own on a smooth surface.

Another option (possibly under the repair tape) is laser-printable self adhesive vinyl (Amazon again) for your stickers. I've only used it with black-and-white printers, but if you have a colour laser it should be quite good. How it gets on when left in the sun for long periods may be an issue – some plastics fall to bits on UV exposure, others stay intact but then the glue fails.

I'd be wary of paper stickers even under tape – water has a way of getting in.

To get tape glue off I suggest WD-40, a rub with a rag, and finally a degreaser you'd use anyway on your bike. I know WD-40 isn't what you'd use on your chain, but it won't damage any paintwork I've come across, and it does a good job of softening glue.

I used to make them quite a lot, but i always used sheets of sticker paper, you can buy it at craft stores or home office supply stores, it can be tricky to find but then it runs through your normal printer and has a peel-able backing. The adhesive is decent but not amazing. Vinyl is the way to go if you can find a printable adhesive vinyl.

For what i used to use them for, which was outdoors, i would print them, let them dry and them coat them with about 3 coats of UV resistant clear coat letting them dry in between coats. That way you get a good seal to resist water and UV fading. It seemed to work pretty well, most would last more than a year outside all day.

You can also buy sticker packs of random things off of Amazon or other online stores but the sticker quality is so-so and i would still clear coat them for outdoor use. They are what i used to sticker bomb my mini fridge and it worked quite well.

16
How do I measure the size of my bicycle frame?
12
Attach bottle cage to frame w/o mount screws
8
How bad is this fire damaged alloy frame?
0
How to protect underneath the frame?
1
How do I make my frame water tight?
2
Aero road bike frame - frame size number vs actual frame size?
0
How to judge grade of carbon frame?
0
Frame identification
3
How to degrease a bicycle frame?
1
How do the wheels attach on this trike design?