I just picked up my new Cannondale CAAD12 bike the other day. During my first ride I occasionally was sitting on the top tube (waiting for traffic lights etc). After the ride was over I actually realised this might be bad for the frame and I started to worry, especially because the CAAD12 frames are so light considering they are made from aluminium. Any ideas if sitting on the top tube of a lightweight alu bike like the CAAD12 is a no-no? I inspected the frame and it seems ok though, but I am not an expert. My weight is around 170 lbs.

If sitting on your top tube causes damage to your bike, the bike wasn't very safe to begin with. I imagine while sitting you have at least one foot on the ground, so your entire mass is not resting on the tube.

The amount of force that a frame must withstand is much greater than the weight of the rider. If simply placing 170 lbs as a static load was enough to damage your frame, there would be no way to safely ride the bike.

Update: While not the most scientific test, I decided to try a worst case top tube sitting scenario. I went for a 5 mile ride last night on my alloy road bike. While not as high speed, low drag as the OP's rig, it is all I have. I, a rather large 6'2" 210lbs rider, sat on my top tube while riding for as much of my ride as possible. I do not recommend this, as it turned out to be very painful, and I got some looks form other riders for some reason. Most of the ride was on roads that are not in the best condition (holes, cracks, gravel). Again, I do not recommend this. After completing my 5 miles on the top tube, I brought my frame to work for some x-rays. I x-rayed the entire main triangle, as well as the welds to the rear triangle. I can report that there was no signs of any damage (cracking or deformation of the alloy). There was a bit of damage to me however, as apparently it is a bad idea to sit on the top tube while moving.

Update 2: the mechanical engineers I work with and I conducted an experiment. We got some aluminum alloy tubes (approx 1.25mm wall thickness). It as standard 6061, which is not exactly what is used in the OP's bike. We welded up a main triangle as close to the geometry of the OP's bike as we could. We have learned a few things from this:

In conclusion, go ahead and sit on your top tube at lights. Since I read this post I have started doing it and it can be quite comfortable.

It is a force the bike is designed for 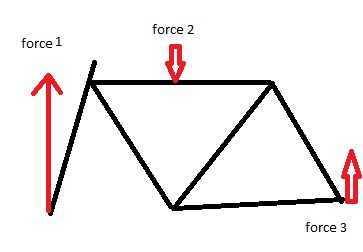 below.
Force 1 and 3 are the axles and they carry your weight.
Bending the ends of the top tube mimic force 2.
Is that force 2 equal to your weight - no.
But it is a force the top tube is designed to handle.

This is a force from the axle in a different direction that resulted in a bend failure of the top tube. The top tube must be designed to take some very strong bending forces.

Think about if you want to bend the top tube. You could apply bending on both ends or you could stack it on two blocks and stand in the middle. At the molecular level it is resolved shear stress. I have stood on all my bikes - steel, aluminum, titanium, and carbon fiber.

Jump bikes but you see you see riders come down hard on the top tube.

Racers sitting on the top tube 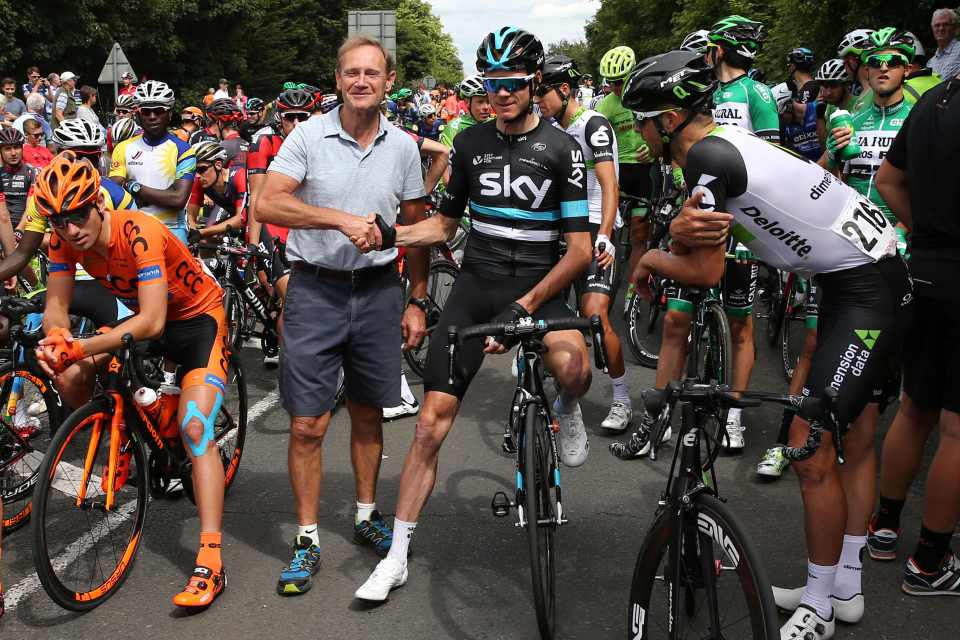 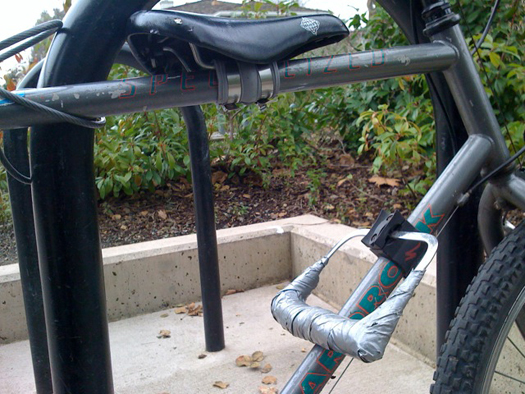 25
I keep breaking my road frames - why?
3
Does the top tube typically open into the head tube?
10
How can I tell if the size of a bike is right for me?
1
Cannondale six13 52cm Carbon top tube?
1
MInor (I think) dent in top of Orbea Alma top tube - frame ok or no?
1
Can anyone help me identify my bike please?
4
Lifting a road bike by one of the seat stays ok?
2
Regaining frame aligment
4
Damaged full-suspension linkage surfaces - creaking noises