I have a frame I want to identify.the serial number is GE481578 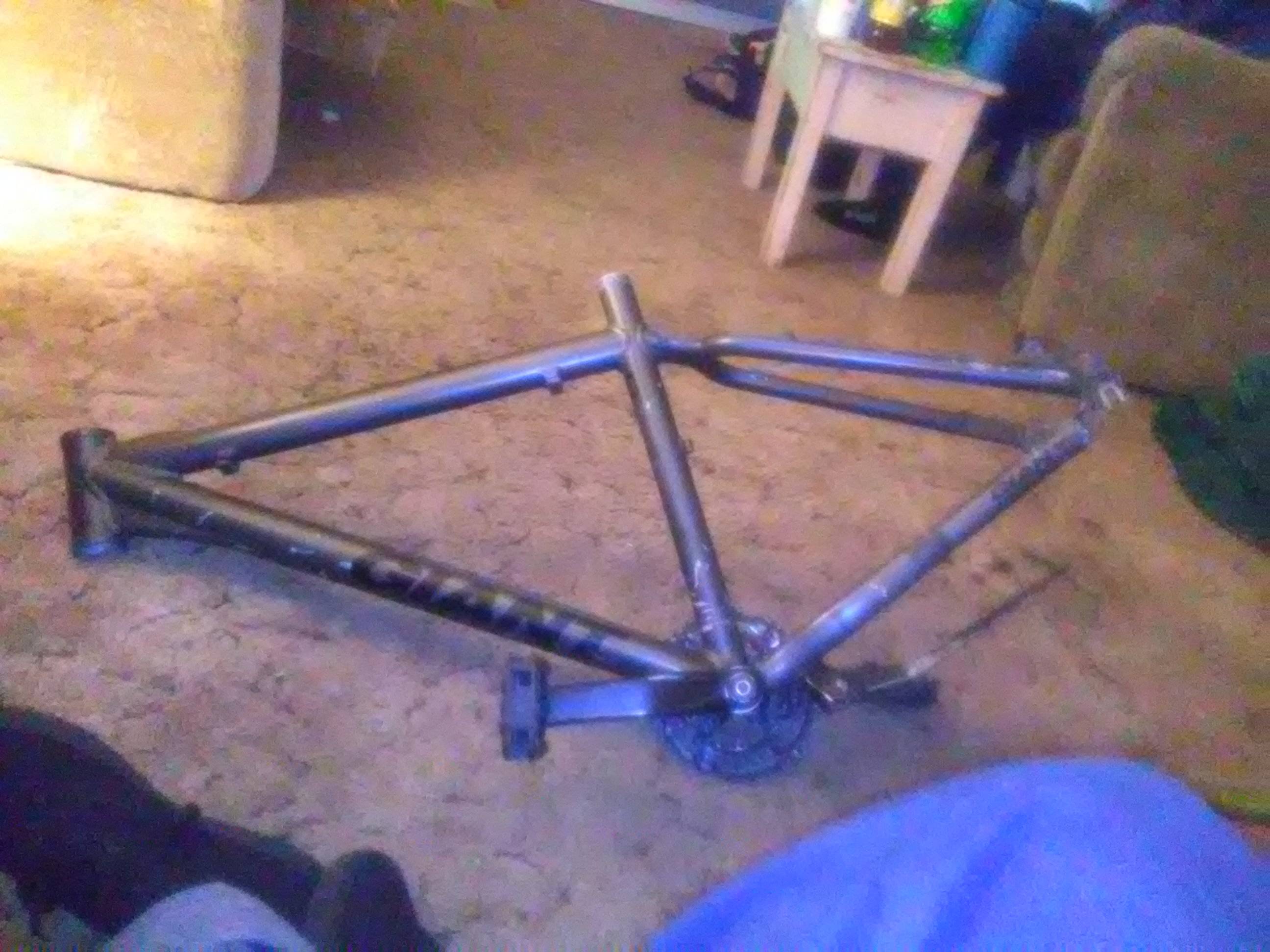 It's a gray mountain bike frame that says Giant on it and the serial number is GE481578.

I've looked through a few models for various years at http://www.bikepedia.com/QuickBike/Bikes.aspx?year=2004&Brand=Giant

The chainstays on yours don't get narrower towards the rear, suggesting lower-end, but it's not a Boulder, because I can't find a Boulder with a downtube gusset. Disc-only points towards late 2000s mid-range.

Giant's graphics switched from outlined text to block text for the 2007 model year. Many models also switched from downtube gussets to hydroformed downtubes in 2007.

I don't think this is the original paintjob, as I can't find a model with both block text and a downtube gusset. Also, black branding on such a dark colourway doesn't seem like a catalogue option.

My best guess is circa 2006 Rainier, Yukon or Rincon. Extremely unlikely to be an XTC, since those have XTC instead of Giant on the downtube.

Not the answer you're looking for? Browse other questions tagged identify-this-bike giant hardtail or ask your own question.

12
Name that frame! (Likely Japanese, likely made in 1986, with known serial number, likely a Bianchi)
2
Serial number & Head badge issues
8
What is the purpose of a serial number?
2
Where can I find my serial number
1
Interpreting a frame number digit