seat tube deformed, is it dangerous?

I just bought a 2nd hand salsa El Mariachi frame, that I will start to build this week. Unfortunately when I received it I realized that the previous owner probably has ridden it with the seatpost too high or inserted only a few cm and I noticed that the top of seat tube is deformed, have a look at the picture. Do you think it is safe to ride? or might break? suggestions? 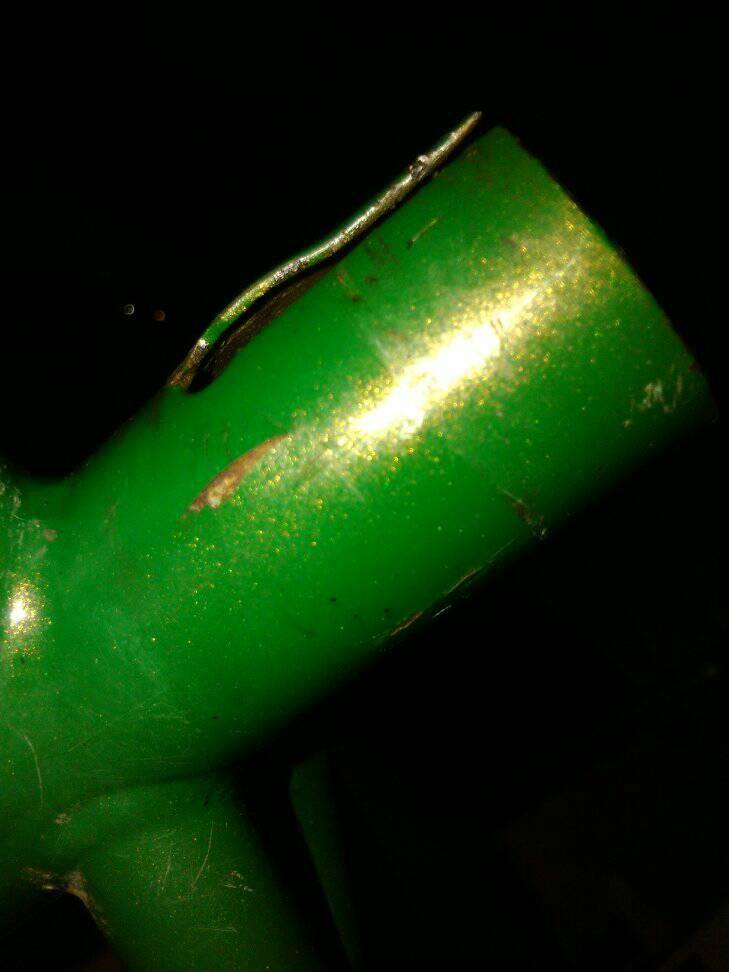 thanks for your input

It's probably fine, especially if it's 4130 or something similar, as opposed to a heat treated and/or air hardening tube.

From one picture and without hands on it I wouldn't necessarily recommend this, but such damage on steel frames can often be more or less repaired by putting in a stout seatpost of the right size, wrapping the area in a rag, and going to work on it with a rubber mallet. One good reason to do this would be if the deformation was partially bulged inward and the seatpost wasn't moving very freely, or making bad contact and tending to slip.

It appears that there would be room to cut off the end and extend the slot, but since the deformed part in the picture isn't at the top anyway there probably isn't much point. If you were finding that a seatpost goes in rough because the whole top part of the seattube is bent backwards, then this could perhaps make sense. It's critical you preserve a long enough slot in order for it to be able to clamp. Framebuilders have a minimum slot length worked out; I've seen it mentioned but I can't find it right now.

Not the answer you're looking for? Browse other questions tagged seatpost steel or ask your own question.