What could be preventing my bicycle from shifting gears?

I recently purchased a second-hand bicycle. I found that the back wheel was not spinning freely, and was rubbing against the disk break, so I adjusted the position of the wheel to the right. After this adjustment, my bicycle could no longer shift to all of the back gears. It has 8 gears in the back, but it could only reach the 2nd largest gear.

I found an on-line videos and spend an hour of trial and error adjusting the B-tension adjustment, barrel adjustment, and "L" and "H" screws. None of my results seemed to lead anywhere. I found that if I pushed the derailleur manually, it never could extend far enough to reach the largest gear.

After this tinkering, and learning how the rear derailleur works, and what the various adjustments do, the bicycle now entirely refuses to shift gears.

How can I diagnose why the bike refuses to shift gears?

Photo from top of rear wheel: 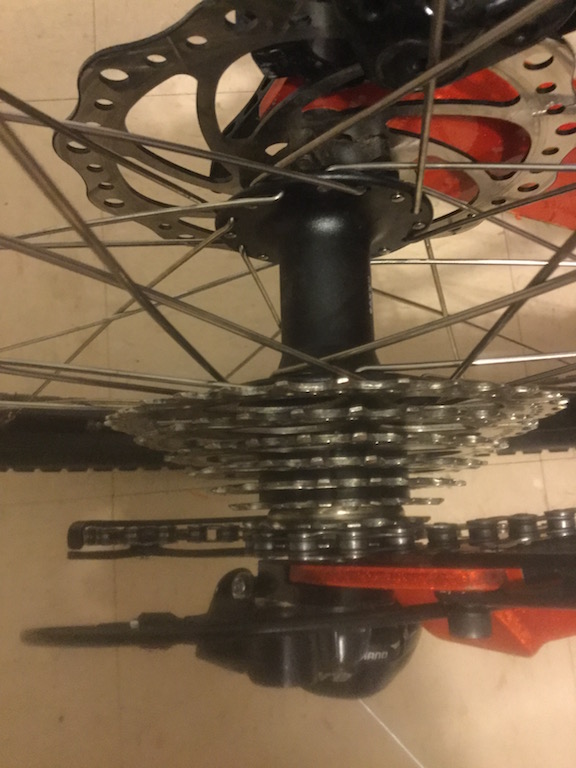 Photo from side of rear wheel: 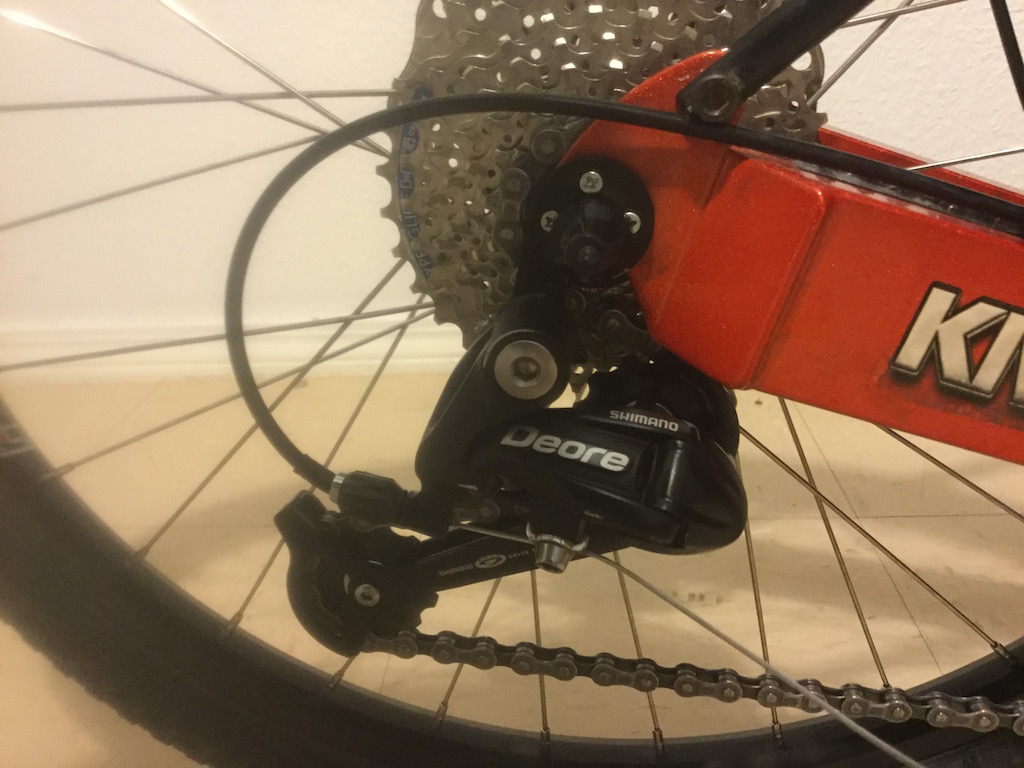 Per the suggestions, I have checked the derailleur and hanger.

However, turning the shifter does not pull the cable at all. I will entirely replace the shifter and shifter cable, unless someone has other suggestions.

not sure if these may be the problem but you can get it checked.

I have a mountain bike with 9 speed and it refuse to change to the largest cog and after taking it to the bike shop, we found out that the cables were too old and after replacing it and adjusting the tension, it worked out fine. Hope it helps.

Not the answer you're looking for? Browse other questions tagged shimano shifter shifting or ask your own question.