I don't know what kind of bike this is. I need the name of this frame before I trade somebody 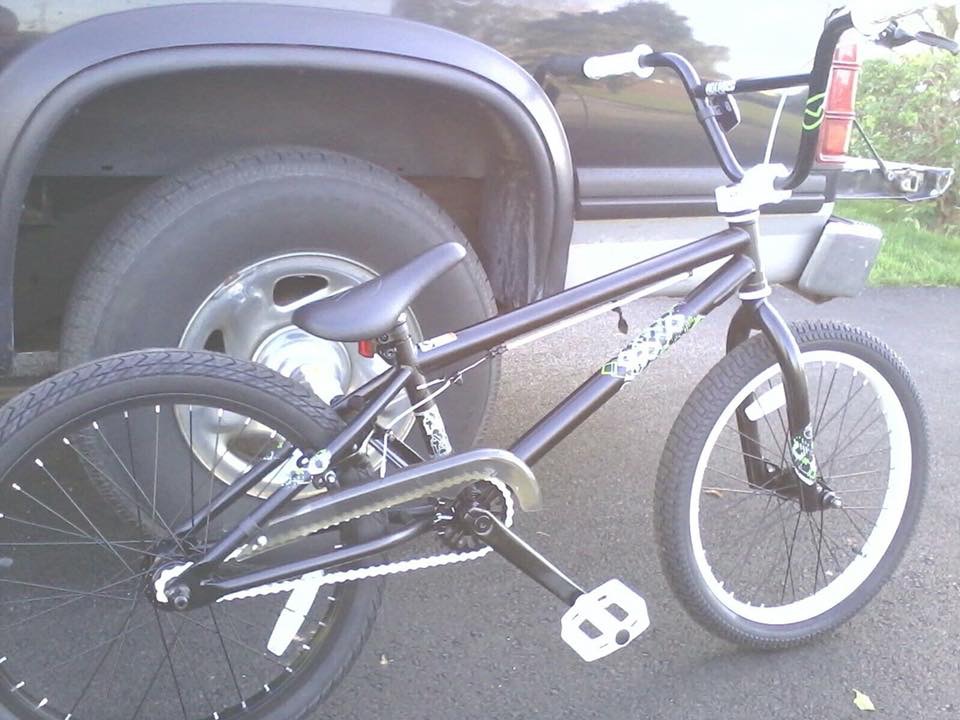 Its a BMX - but couldn't give a specific brand.

The front or back wheel appears to be a different colour and at least one of them has been replaced.

In addition the tread pattern on the tyres is different, so one of them may be newer than the other.

The gearing looks very small - both the chainring and rear cog look quite small, but that might be partially the white-painted chain.

Also the rear brake is interesting - it appears to be a U brake or a centerpull brake. There doesn't appear to be a front brake at all, so it may not be road legal (depends where in the world you live.)

The front reflector looks like an afterthought, and the rear one is mostly obscured by the saddle and the rider. However their presence suggests its for road use.

So it looks like a relatively modern BMX bike intended for road use, but its not a stunts or trials bike.

3
Does anyone know what kind of bike this is?
0
Need to identify this Frame Please
0
What kind/model is this frame?
2
Do you know the make of this BMX bike?
0
What bike is this?