How to disassemble this v brake arm?

I have managed to repair 10yr old diamondback hybrid as different parts fail. I even disassembled the rear wheel to replace few spokes. But I cannot figure out how to disassemble the rear v-brake arm. (I already replaced the front.) 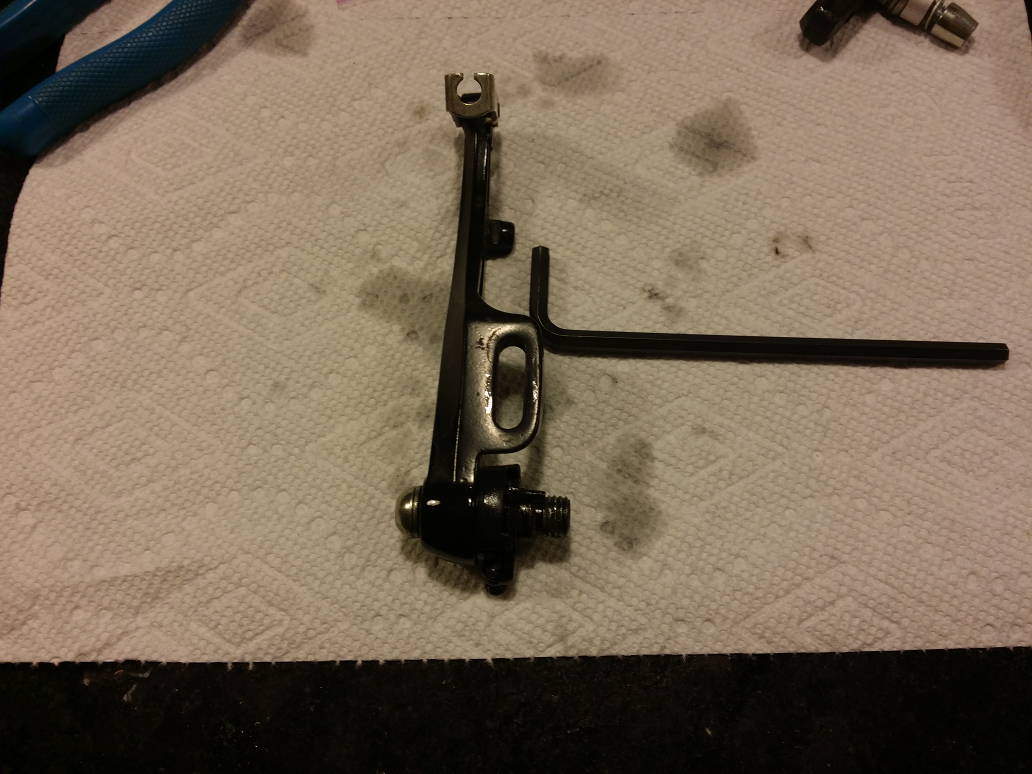 In the second image you can see the regular bike bolt on the left. When I unscrewed that the arm came off. But looks like the bolt doesn't directly connect to the frame and there is something else (a boss?) between the bolt and the frame and that came off with the bolt. 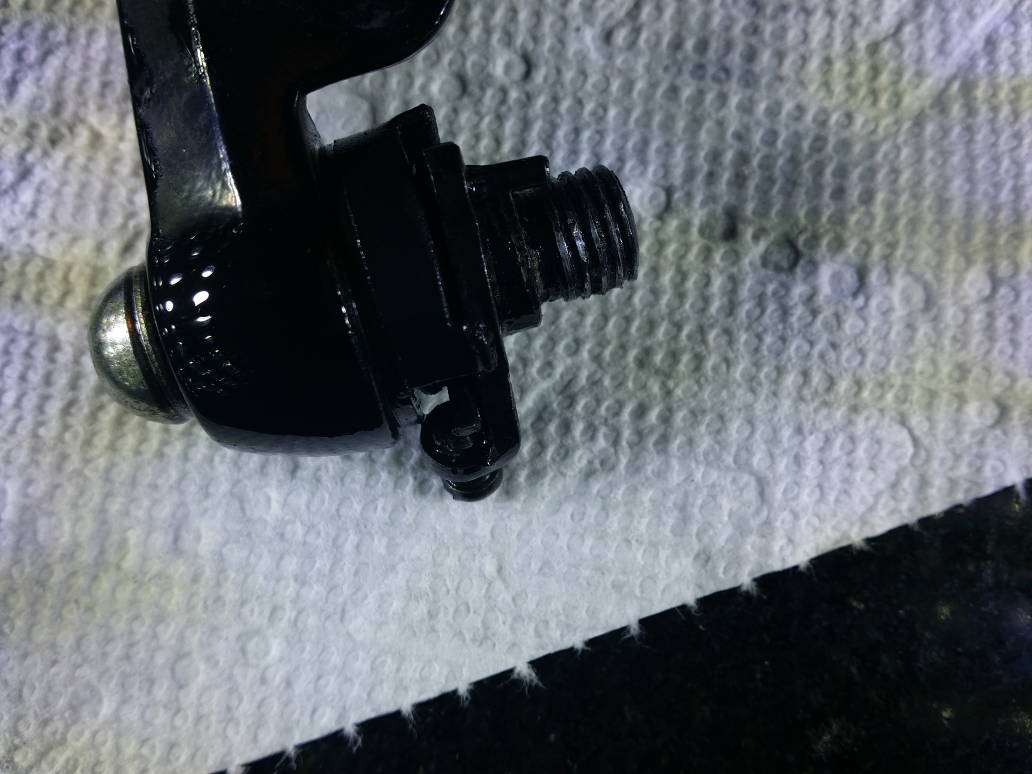 The new brake (Shimano Mountain Bicycle V-Brake - BR-T4000 - Rear) is exactly like the old one, but does not have this extra piece. So I need to dissamble that from the old brame arm and reuse.

So far I have tried soaking in wd-40 and also freezing the whole thing and then heating the boss(?) but neither worked.

Also noticed that this piece is tubular and has threads inside. A regular bike bolt fits in there and probably it goes all the way. So screwing something into that doesn't give me much grip either because it turns the same way.

Any ideas other than 'take it to the bike shop'? Thanks.

The reason I need to replace the brake is that the small metal rod which pushes the brake away during releaseing the brake broke.

Looks to me like you've managed to unthread the brake boss from the frame. That's not part of the brake lever.

Normally you'd undo the dome-head silver bolt visible on the left side of your photos.

If you stick a 5mm allen key/hex tool in that bolt, and mount the allen key in a vise would be a start. Then you need to grasp the thread and undo it without damaging the thread.... that's difficult.

One "dirty hack" is to find two nuts of the same thread and internal diameter. Thread them on fully and cinch them up against each other as hard as you possibly can. Then put those two nuts in your bench vise tightly, and use a long arm 5mm hex tool to lever it off.

That is the brake boss. It should not come out easily

Instead of trying to save it, just buy a new brake boss and fit it using red loctite (ie the medium strength one)

Clean the fork threads first according to your threadlocker's instructions

Consider replacing both brake bosses. One has come loose so the other might too.

Even though it should not come out easily, occasionally the brake boss will work its way loose. Sometimes you can fix this problem by screwing the whole thing back into the frame and tightening it a bit. Then when you unscrew it again the brake bolt rather than the brake boss will come free. If that happens your problem is solved!

Make sure that the brake boss is secure and doesn't have play. That would suggest some damage may have caused the loosening.

Not the answer you're looking for? Browse other questions tagged brakes repair hybrid-bike or ask your own question.

0
Which brake posts do I need?
2
loose brake calipers
5
How to remove cantilever brake arm?
4
What type of brake is this?
6
How to assemble '70s-era center-pull brake
13
V-brake arm not returning to “open” position
2
How to store old hydraulic disc brakes?
5
Mystery little bolt fell off near rear axle
2
Brompton Rear Brake Caliper Assembly Schematic
3
Too much Travel when installing Mechanical Disk Brake