Why do bikes have carbon forks?

I have noticed many bikes for sale that are made of mostly one material, such as aluminum, except for the fork which is carbon. I know carbon is very expensive so the manufacturer must be trying to use a little bit in the best possible place. So, if for a certain price point they can choose only one part to be carbon, why the fork? What are the advantages of carbon forks?

There are an intersection of a number of reasons:

From a functional/practical stand point I think there are many instances where carbon forks do not make sense (e.g., commuter bikes), but manufactures include them because of the public perception out there (which ironically manufacturers helped create). For most regular bikes, I think a steel fork is a more sensible choice: It typically offers a compliant ride and is more robust to physical damage than carbon; but many would view a steel fork as a step backwards simply because steel is colloquially viewed as an "old" material.

Don't get me wrong, I think you can build a very nice bike out of carbon (my daily ride is one), but I think carbon is at its best when it is tailored for its use case, which typically means more higher end bikes. I would personally skip carbon on lower end bikes as I don't think it provides any advantages as manufacturing and use case coverage dictates that it is often over-built with cheaper layups. The problem with carbon fiber is that as a consumer you have no visual way of telling whether the carbon fiber fork (or frame or whatever) you are looking at is of a high or low quality, both will typically look identical.

Fork is where you get the most bang for the buck with carbon as it absorbs some of the road bumps from the handle bars. I also holds the road a little better.

I have a 2005 Trek Pilot 2.1 which has both carbon forks as well as carbon seat stays on a mostly aluminum body. The reason that carbon is used in those two places is because aluminum is incredible stiff and in those early alu bikes, they didn't know how to soften the ride. 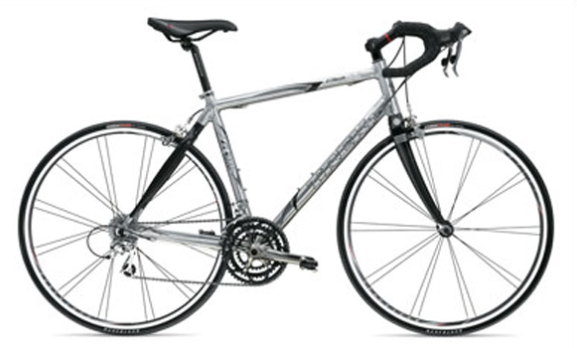 You can control the flexibility of carbon by the weave pattern you use. So on the forks and seat stays, you can lay the carbon fibers down so that they have good flexibility to absorb bumps but still remain very strong against side-to-side forces. Making the whole bike carbon would have increased costs incredibly.

In terms of marketing, "hybrid carbon fiber and aluminum frame" sounds so much more exotic and expensive than a plain aluminum frame.

Not the answer you're looking for? Browse other questions tagged fork carbon or ask your own question.

2
Aluminum forks vs. carbon forks (with aluminum frames) what are the trade offs?