What happens to the dynamics of a bike as a trailer load approaches a significant percentage of the weight of the bike and rider?

An average bike trailer might add 5-10 kilos to the weight of a bike, while not zero its also a small amount of the overall system mass.

Imagine loaded trailer is half the weight of the rider and bike, and equal mass, and double the mass.

This comes from a comment on Designing Bike Trailers – Especially the hitch and load and aims for a more generic answer.

My heaviest weight ever was two computer UPS.

At home I weighed each wheel and the hitch before unloading and found 42 and 46 kg on the wheels, and 10 kg on the nose, giving a total trailer+load weight of 98 kilos.

I was using my folding bike, which weighs 15 kilos and I'm roughly 95 kilos, for a total of 110 kilos. So Bike+Rider was 11% more than trailer+load. 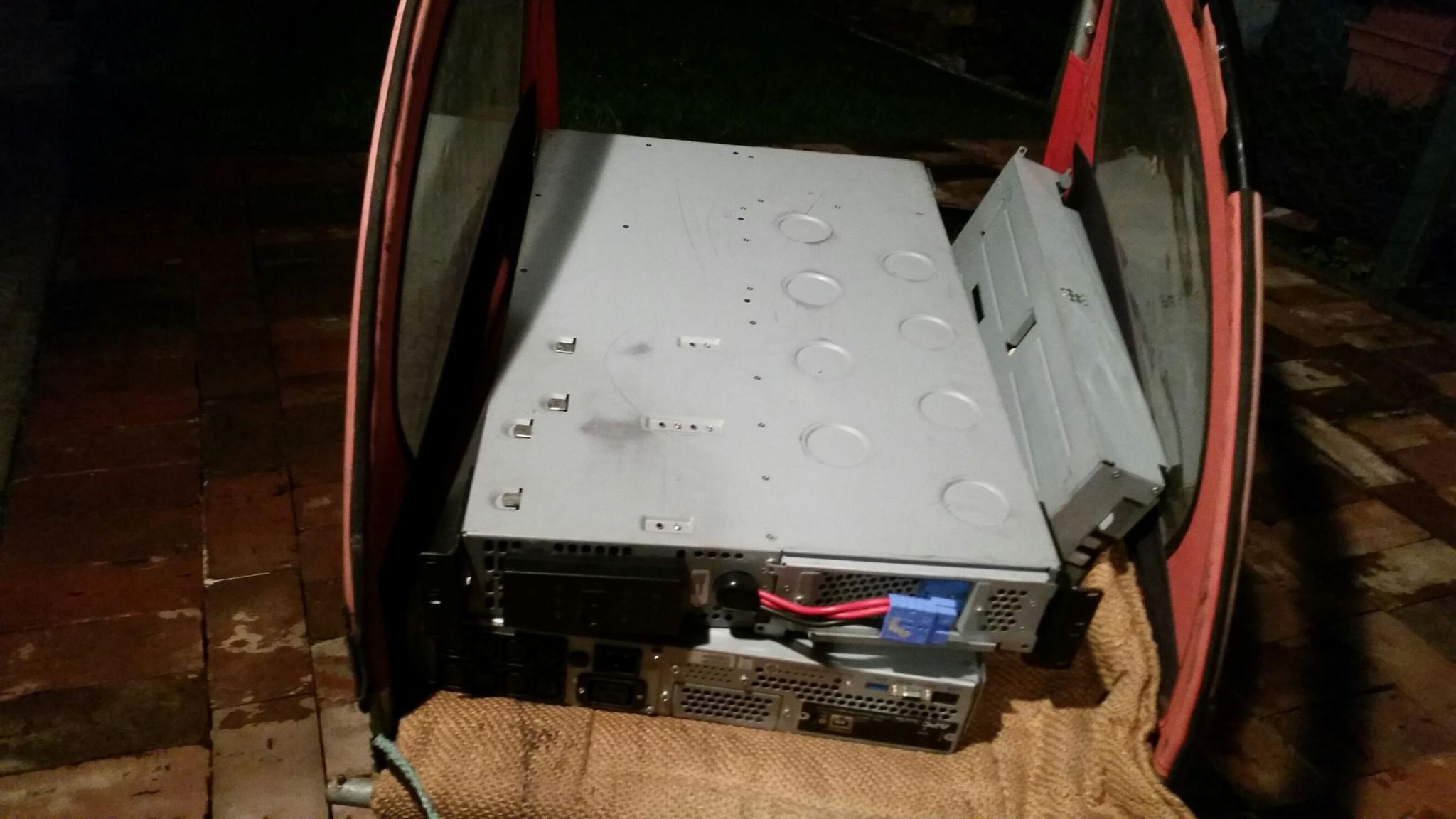 Yes it was strapped down a lot better for the ride.

The maximum load of your trailer is going to be the minimum of the material strength of the load-carrying frame, (note mine has an 18mm slab of customwood as a bed, many are just cloth), the load carrying maximum of your trailer chassis, and however much your tyres/wheels and axles/axlemounts can carry.

When towing a trailer of no more than 40% of the weight of me+bike up a gravel road I've encountered one issue that's probably quite common. This is wheelspin. The back wheel needs enough grip to propel the bike and trailer with all the weight that involves up the hill against the rolling resistance of 4 wheels, two of them small and with bearings that aren't as good as bike wheels. When one of the 3 non-drive wheels hits resistance - even just a larger than normal stone, the back wheel can lose grip. The trailer should have a little nose weight but this isn't enough to make the difference.

In this specific case the same slope was easy without the trailer, even deliberately hitting bumps with the front wheel. This was in a hybrid with marathon plus tyres - fairly narrow and slick. MTB tyres would be a good idea if riding with a trailer on gravel habitually, even if your normal tyres would be fine without the trailer. Incidentally a rear mounted seat adds grip by adding load to the back wheel, and doesn't add (much) rolling resistance. I've tackled much worse with the seat on the back.

Not the answer you're looking for? Browse other questions tagged trailer weight or ask your own question.

2
Does Bike or Rider Weight / Groupset affect cruising speed on the flat
16
How to build surge brakes on bike trailer?
3
Croozer bike trailer optimalisation for less tire detoriation
10
The bike Weight and Performance gain for Lightweight riders?
7
Trailer connection, off the shelf parts and proven performer
5
Towing with a Recumbent Trike, Tadpole or Delta?
9
Designing Bike Trailers – Especially the hitch and load
3
What is the total equipment weight of a tour rider?
0
What is the maximum recommended rider weight for using a dual suspension bike?
1
Bicycle Trailer Hitch Design Considerations