I have a 2009 Kona Dew and I'm just wondering how to figure out what front and rear derailleurs are compatible with my bike.

Do I just have to find a matching Shimano part that fits 8-speed gearsets? It seems like most of the front derailleurs at Jenson USA seem to support 9-speed only, same goes with the rears too.

Front and rear derailers are essentially independent -- so long as the two derailers can function with the same type chain they can work together.

A sprocket cluster has a number of sprockets joined together with a certain "pitch" -- the distance between sprockets, as measured from (to pick one point) the outermost surface of one sprocket to the outermost surface of the next sprocket. The "pitch" of the derailer/shift lever must match this sprocket cluster pitch or the derailer will never be able to be adjusted to shift between sprockets.

The total distance the derailer must be able to move is the index pitch times one less than the number of sprockets in the cluster. Eg, for 5 sprocket cluster with a 5mm pitch the derailer must move 20mm from innermost to outermost. Note that most derailers can be adjusted with the high and low limits to 2 or 3 different numbers of sprockets.

The angle is a little more complicated, and also not always well documented for different derailers. The rear cluster on a mountain or touring bike generally has a wide range of sprocket sizes and hence the angle that the derailer movement must describe relative to the axle is fairly steep. A racing cluster, on the other hand, would tend to have sprocket sizes very close together (only one tooth difference in the extreme case), and so the angle relative to the axle is fairly shallow. Derailer specifications may state this quantity as a range of sprocket sizes, or a range of teeth (or may omit it entirely).

(Obviously, "angle" is also an issue for front derailers, and here the acceptable sprocket sizes should be clearly spelled out. Your standard front derailer may not handle that super-small granny gear, for instance.)

Most 9-speed derailers can be adjusted to work with an 8-speed cluster, so long as the 8-speed cluster is using the 9-speed pitch. Unfortunately, the pitch of 8-speed clusters is not cast in concrete, but in most cases it's the same as 9-speed.

Determining compatibility in a practical sense, for your bike, will consist of 4 steps:

Edit: 10 and 11 speed drivetrains are often not backwards compatible for either front or rear derailleurs. 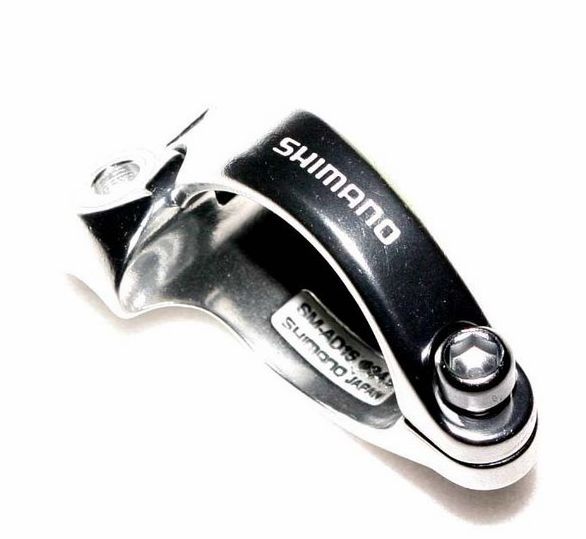 There is one other aspect that has not yet been addressed: shifters.

If you have Shimano shifters, you must get a Shimano rear derailleur.

This is a concern only for the rear derailleur and not for the front derailleur.

http://en.m.wikibooks.org/wiki/Bicycles/Maintenance_and_Repair/Gear-changing_Dimensions Shimano pulls roughly half the cable per shift compaired to SRAM.

Not the answer you're looking for? Browse other questions tagged maintenance derailleur or ask your own question.