Is it worth swapping two front-wheel hubs?

I have an old Bontrager Select rim with cartridge bearings and a newer Syncros Race 27 with loose ball bearings.

Both are 20 spoke, would it be worth it to swap the hubs? Or would it even be possible? 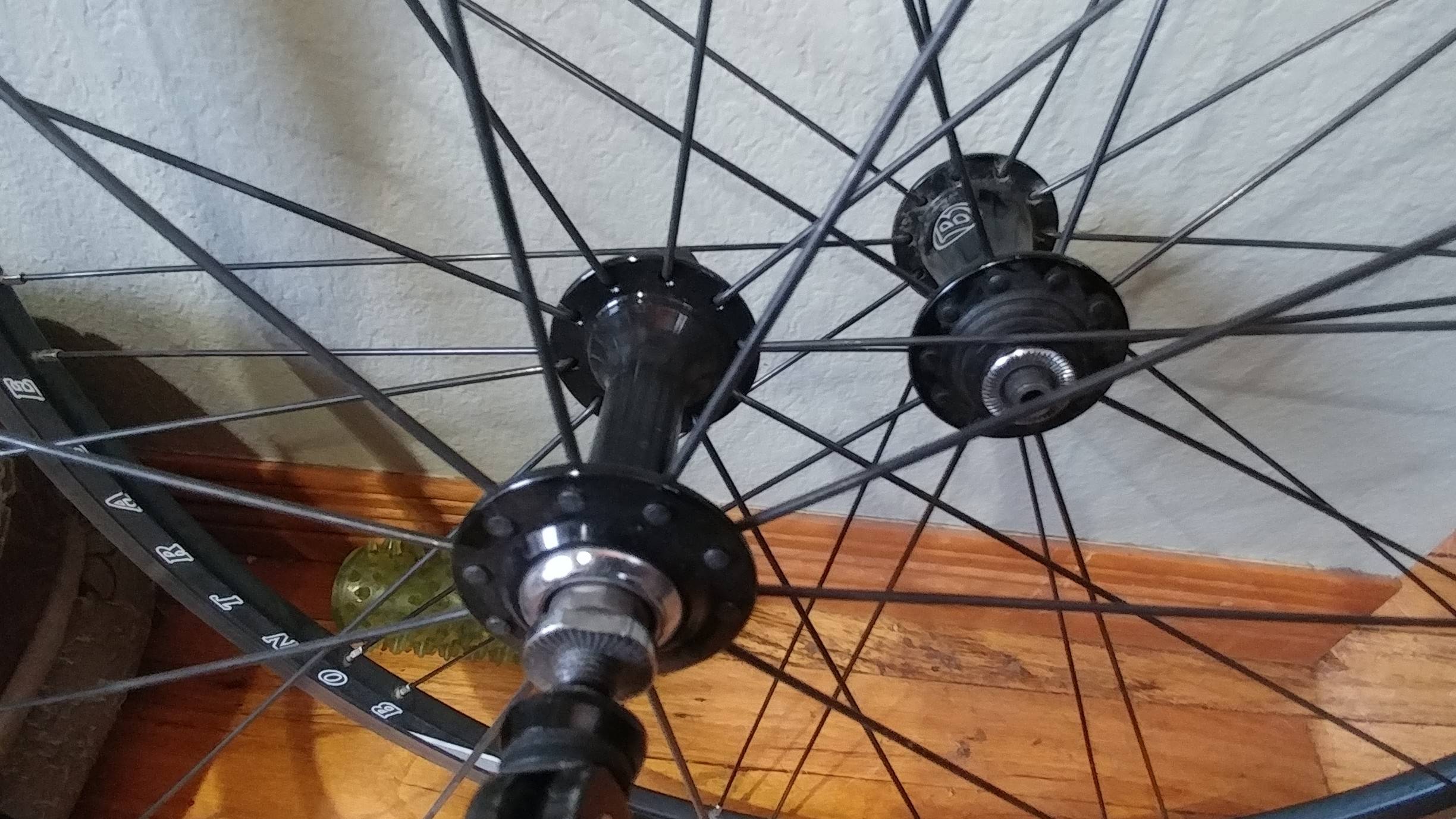 "Worth it" is opinion-based, but no, probably not.

Possible, yes, but it's more technical than it might appear, and much more complex than building normal wheels, because the Bontrager wheel in the pic has paired spokes and the other does not. Normal hubs have spoke holes on the two flanges that are interleaved evenly with one another, to match the evenly spaced holes on the rim. Hubs for paired spokes have holes on one flange staggered a certain amount ahead of the other, also to match the holes in the rim. That's why your radial paired spoke wheel has spokes that still all radiate outward from the center of the hub.

If you were to do what you propose with these two hubs, you wouldn't be able to use the standard spoke length calculation formula. You'd have to do some measuring/math and rework the formula for the unusual spoke/hub angles that would result from doing this. You'd then be left with double-grooved hubs because the spokes wouldn't fall along the same path as original on either, which is never a good thing but should be avoided at all costs on radial wheels, because it sometimes makes the flanges blow up.

(Also, if it's not obvious, even if not for the issue of one being paired spoke, you'd still only physically be able to swap just the hubs and re-use the spokes if the hubs were close enough to the same dimensions, which they may or may not be, and that's putting aside all cautions against re-using spokes.)

Not the answer you're looking for? Browse other questions tagged hub rims or ask your own question.

2
Why is it important to keep bearing sets when greasing a campagnolo hub?
5
Will slightly loose bearings result in damage?
6
Cartridge hubs vs loose-ball hubs
1
What is the difference between hub-cone type rear hubs?
4
Can I replace loose ball bearings with caged ball bearings in my hub?
2
Are sealed bearings equal to cartridge bearings in single speed hubs?
4
Can a freewheel hub be swapped out for a cassette hub?
0
How to select a rim?