A recent trend toward wider tires (cf Heine, "Performance of Tires") also led to wider rims and a closer match of rim and tire widths.

In the past it was considered that tires need to be considerably wider than their rims. For example, Sheldon Brown requires at least 40 mm nominal width in a 23 mm rim (measure between inner flanges). ISO 4210 (cf Mavic) requires at least a 37 mm tire on the same rim.

As a recent example, my new bike (2017 Merida CX 600) came with a 700x23C rim and 32-622 tires. This choice of the manufacturer suggests it is a safe combination. The rim lacks hooks though (see below), which might make it comparable to a narrower specification.

New developments, such as tubeless, hook-less rims, and tubeless tire beads made this question more complicated then it was a decade ago. This merritts to discuss this beyond Brown and ISO 4210.

What is the smallest width a tubeless tire may have to be mounted on a rim of given width? 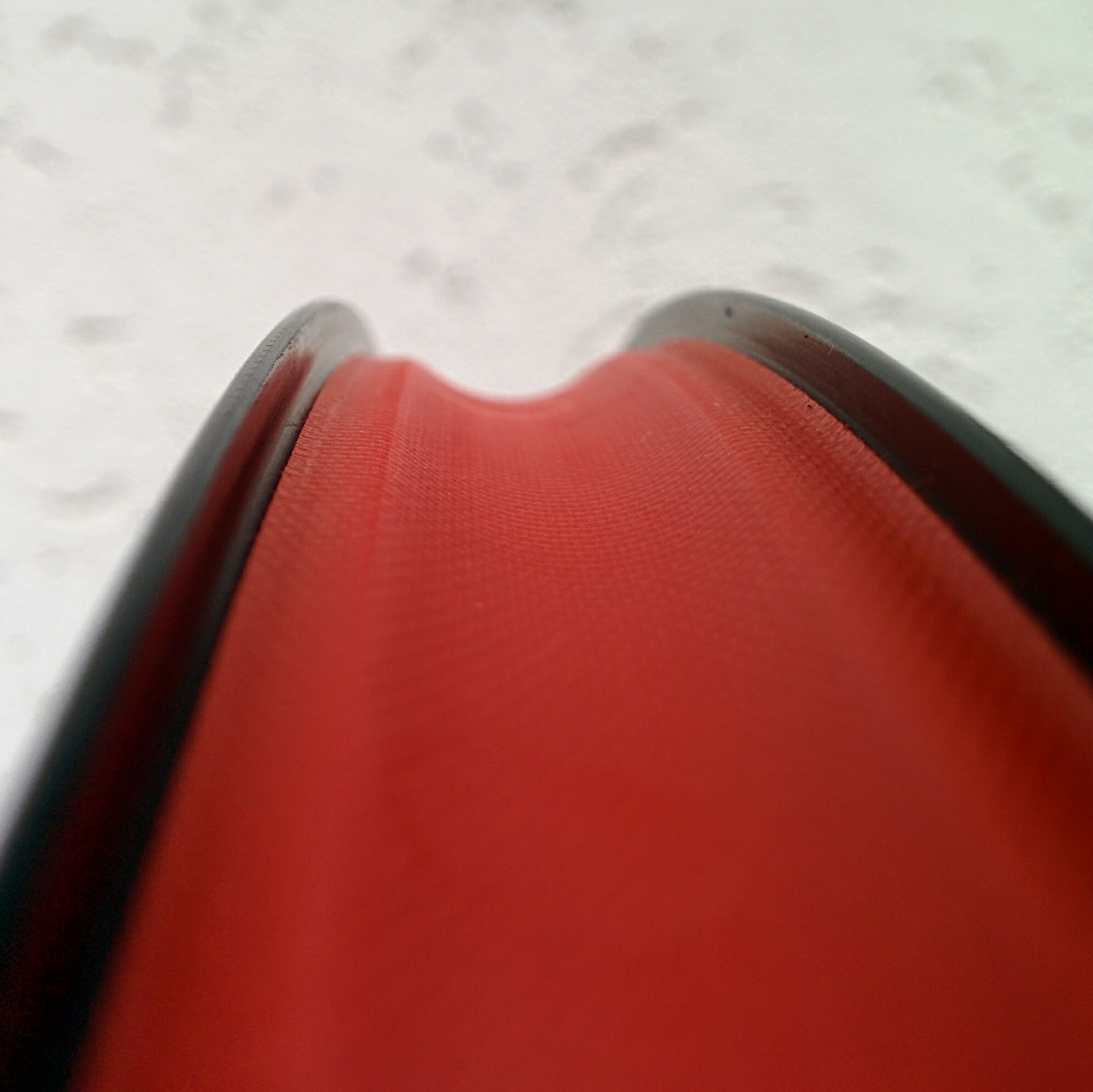 I was googling a similar thing and stumbled across both this question, and an interesting article from mavic: https://engineerstalk.mavic.com/en/the-right-tyre-width-on-the-right-rim-width/

Towards the bottom of the article are some interesting tables for not only tyre size vs rim width (internal) but also pressure:

In the comments of the Mavic article linked in AndyP's answer two relevant replies were posted by Mavic's product manager, Maxime Brunand:

The tube makes most of the job on holding the tyre on the rim. Once it’s gone (tubeless system), all the forces go on the tyre beads. Which then needs to be very carefully designed and become very sensitive to rim width. We’ve identified conditions (rim in the lows of the diameter’s tolerance, tyre on the highs of the diameter’s tolerances and the lows of the bead stiffness, narrow tyre, wide rim) where tyre can come off the rim. We’ve also measured some wheels and tyres, bought from dealer’s shelves, that were out or on the very edge of the norm tolerances. So, indeed, in most instances, coupling narrow tyres with wide rim doesn’t create any big risks and we are aware thousands of consumers are riding like that. However, as a responsible company, if we can find one instance, being in very extreme conditions, where rider’s safety would be put at stake, we simply cannot support or recommend it.

ETRTO and ISO norms have recently approved the use of 28mm tyre on 22mm rim, to the condition that the max pressure doesn’t exceed 5.6 bars / 80 PSI. [...] However, the norm organizations will only publish those changes in their next manual editions. And we’ll soon update this article accordingly !