Anyone knows this bike? I only know this is 24 speed. Model name please? I know this picture is blurry, but this is the only pic. 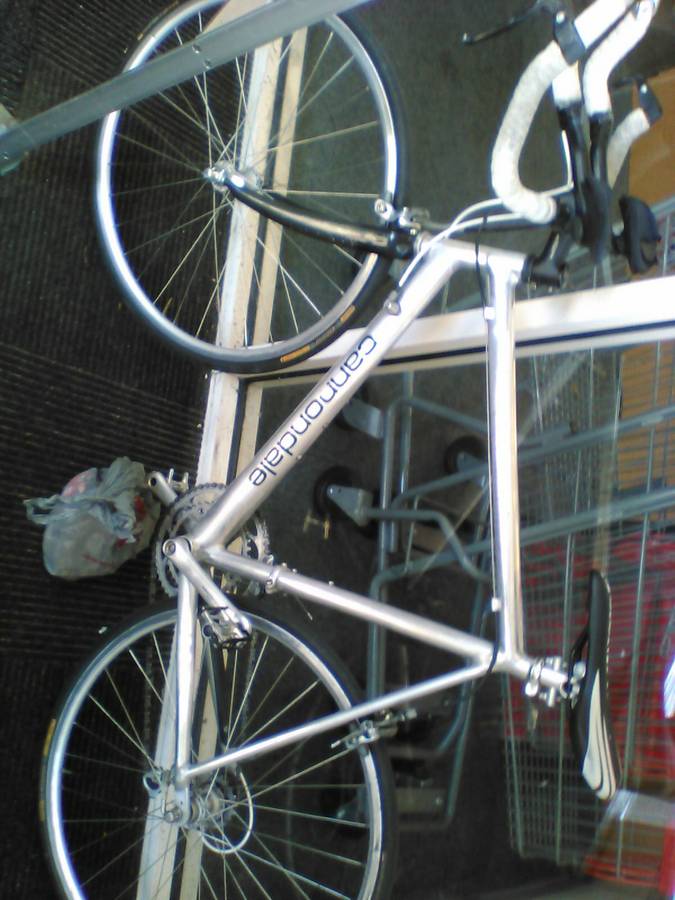 The cantilevered dropouts date it from 1989 to 1996, the threadless headset to the later end of that. Based on a quick look through the catalogs here, it looks like a 1995 R700, their entry level triathlon/TT bike, which was sold that year with a polished aluminum frame and black fork. That's making the assumption that it wasn't converted to tri-bars later in it's life. It was had a 2x8 (16 speed) drivetrain, not 3x8 (24 speed), but looking at the picture it looks like you may have miscounted the speeds, I see a double not a triple. The brake levers also don't match, but that's an easy switch so they could be aftermarket.

Not the answer you're looking for? Browse other questions tagged identify-this-bike cannondale or ask your own question.