Why would spokes break at the flange early?

I have a professionally-built Rohloff wheel, 32-spoke, symmetrical, laced to Velocity Dyads with Sapim Race spokes, disc brakes. It is about six years old, built in 2011; but I mostly just use it when I go touring, so only about 5,000-6,000 miles on it. Always seemed very true, never wrecked, no unusual events.

On a recent tour, a spoke broke while I was stopped, eating lunch. I replaced it and tried to match its tension to the other spokes by tone-when-plucked. Next day, another spoke broke while riding on smooth pavement. I'd only had one spare spoke, so I rode for another kilometer or so minus one spoke, but that really put the wheel out of true. I walked until I found a kindly stranger gave me another 2mm straight-gauge spoke of about the same length.

When I put that replacement in, I de-tensioned all the spokes by about half a turn (thinking "maybe these spokes are too tight"), very carefully tried to equilibrate tension on all of them by tone, and trued out the deflection caused by riding minus one spoke. I finished the tour, maybe another 550 miles, like that, no more spoke breaks.

I'm going to re-spoke the wheel -- I don't trust any of the spokes in it anymore. But I'm also trying to determine a cause here. I don't want to have this happen again. Other points:

Any ideas on cause? My initial theory was that it was built too tight, but most advice online (and Rohloff support, and Velocity support who I also emailed) says that'd be unusual. I guess I just can rebuild and hope for the best, but it would be nice to have some sense of causation so as to prevent this from happening again. 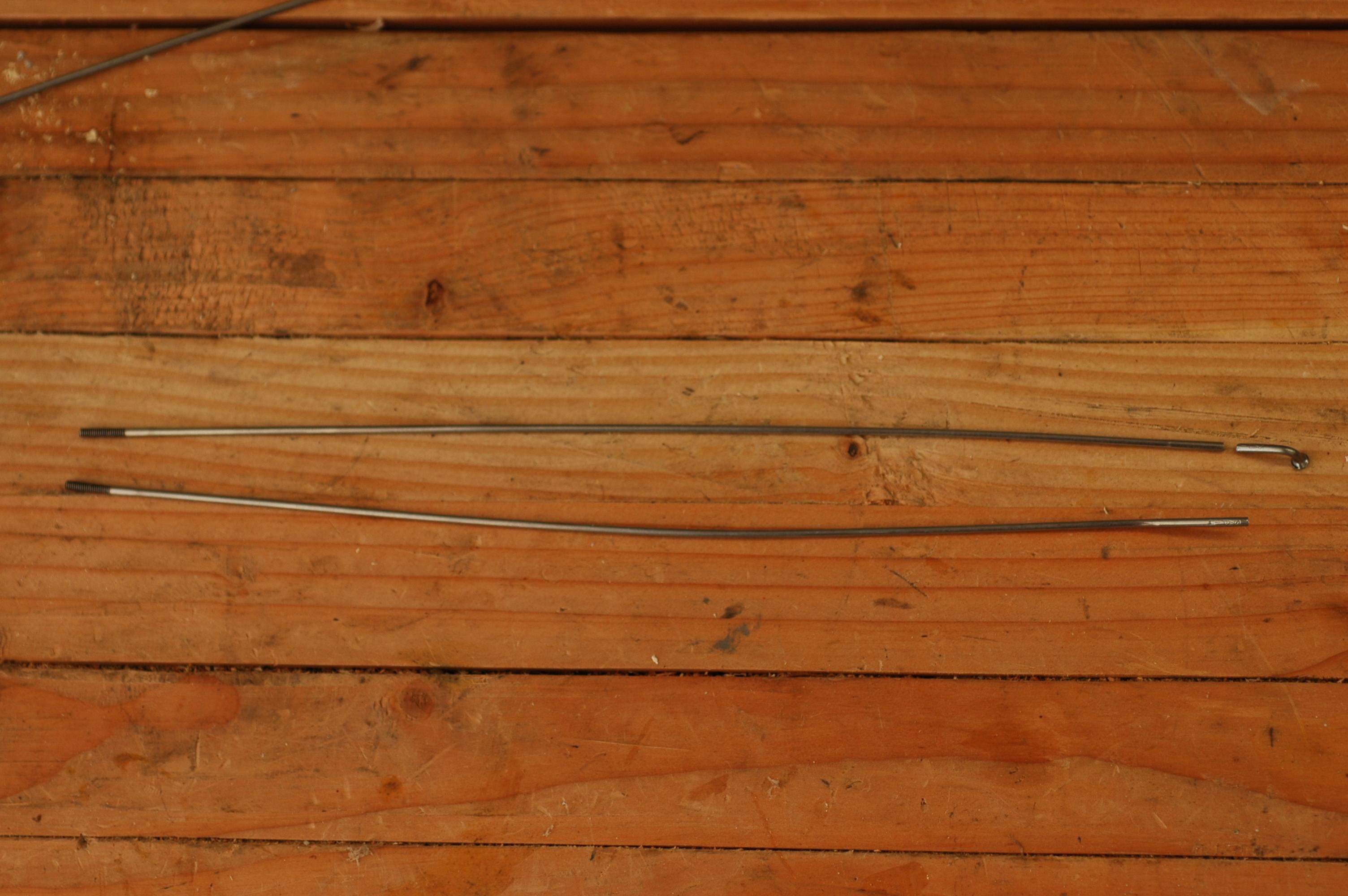 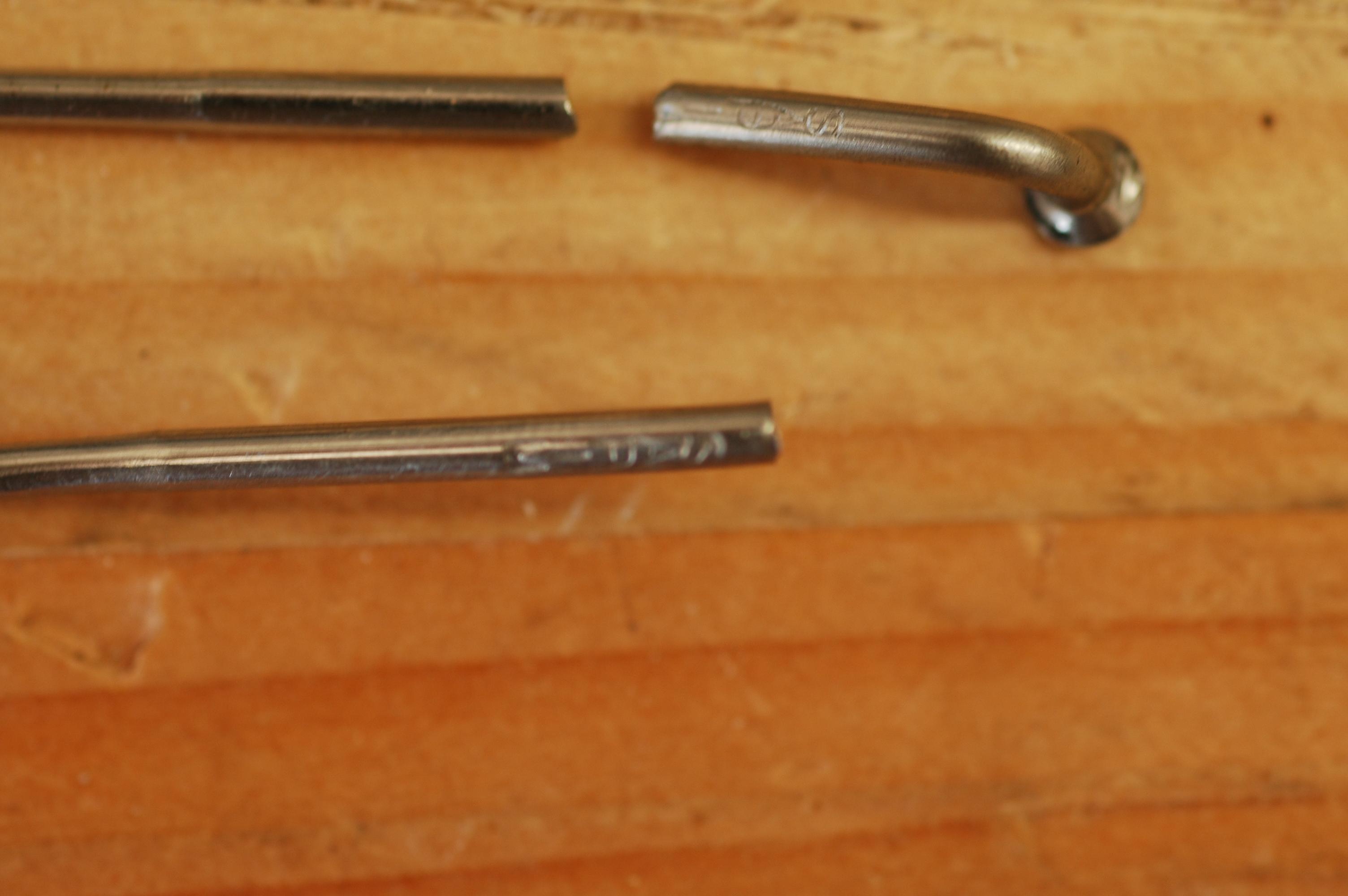 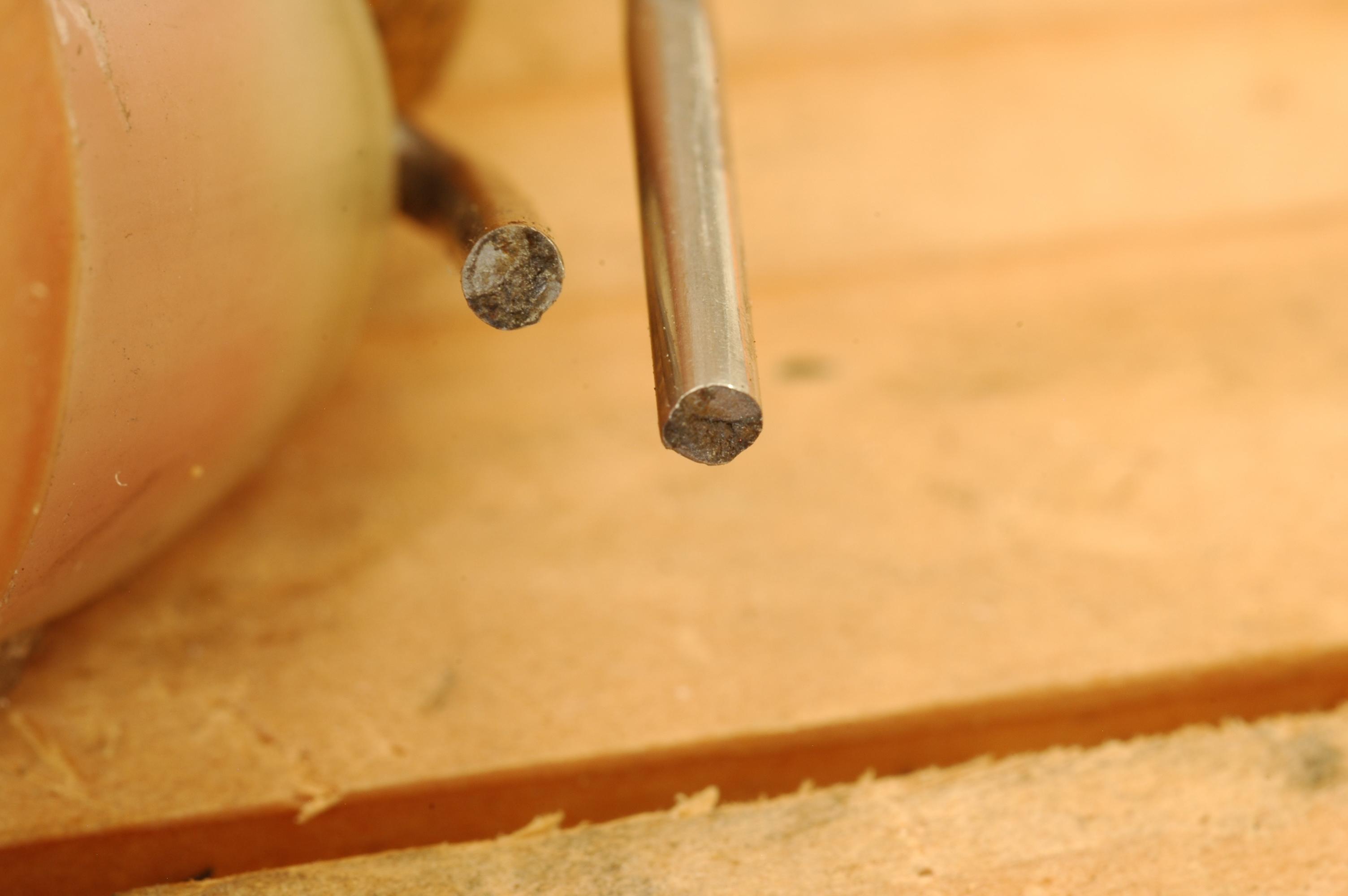 I've broken a spoke on a well-built wheel simply from hitting a bump in the road a little too hard. And on a generic wheel, I've seen that when one spoke breaks, the spokes at 90° intervals from it start breaking, even after I replace the first broken spoke. My guess is that this reflects a pattern of underlying stresses. So neither of your spoke breaks surprise me that much.

Since this is a Rohloff hub, you shouldn't have super-high tension on just the drive side due to dishing, so we can rule out that frequent cause of spoke breakage.

It might be fatigue. Jobst Brandt regarded fatigue failures as a consequence of failing to stress-relieve the spokes when the wheel was built.

Could be a lacing issue or even try a different pattern.

Not the answer you're looking for? Browse other questions tagged wheels spokes rohloff or ask your own question.

18
Why am I breaking a ridiculous number of spokes?
8
How long should spokes last?
22
Is it really necessary to physically cross (interlace) the spokes on traditional wheel lacing?
13
Why should I choose 36 or 32 spokes (or another number)?
5
Spokes keep breaking
2
2 broken spokes same side, can I replace with one from the other side?
11
Can I ride on 15 spokes instead of 16?
3
Can the HED Tomcat wheels be made stronger?
1
Replacing multiple spokes (9/36): more like replacing spokes or rebuilding a wheel?
3
Why would non-drive side leading spokes break?