How can I extend my rear rack backwards?

My pannier rack/carrier is not long enough and consequently, if I want to pedal with the tip of my feet, my heel touches my bike bags.

I have seen that Basil sells a "carrier extender" (see there), which is primarily aimed at using bags with children seats. I'm afraid that this carrier extender will go too far in length in the rear of my bike whether it's safe to do so. Does anyone know its dimensions?

If you have other suggestions on how not to be disturbed by my bags, I will gladly hear them too.

That phenomenon is called "Heel Strike" and its really annoying while riding.

I managed to extend my rear carrier rack. The purpose was to line it with plastic to make a pseudo mudguard rather than add more pannier length.

Mine had a plastic part across the rear which popped off, so I used two convenient lengths of brass pipe to extend the side rails, and simply inference-fitted the whole lot back together. Worked for my need, but did not move the carrier clamp backward at all.

Your other option is to extend the "arms" that fasten to the seat stays. If they were longer, the whole rack would be moved backward. Being more extended it will be wobblier though, with more leverage on the mountings.

However I think you should be looking at your Panniers first. It probably has two clips at the top and a third centered and toward the bottom. Something like this: 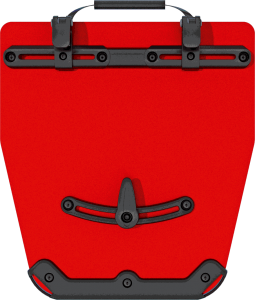 The lowest clip goes near your rear dropout, which is a fixed location on the bike. The two top clips are also somewhat fixed in they have to be evenly before and after the bottom clip, and share the load.

If you extend your carrier rack, it won't move your pannier unless you change the clip locations as well.

So the red one pictured above can be adjusted with screwdriver to move the hooks, or you might be looking at saddlebags that look something like these, which clip under the carrier's clamp and are held on by equal weights on both sides. 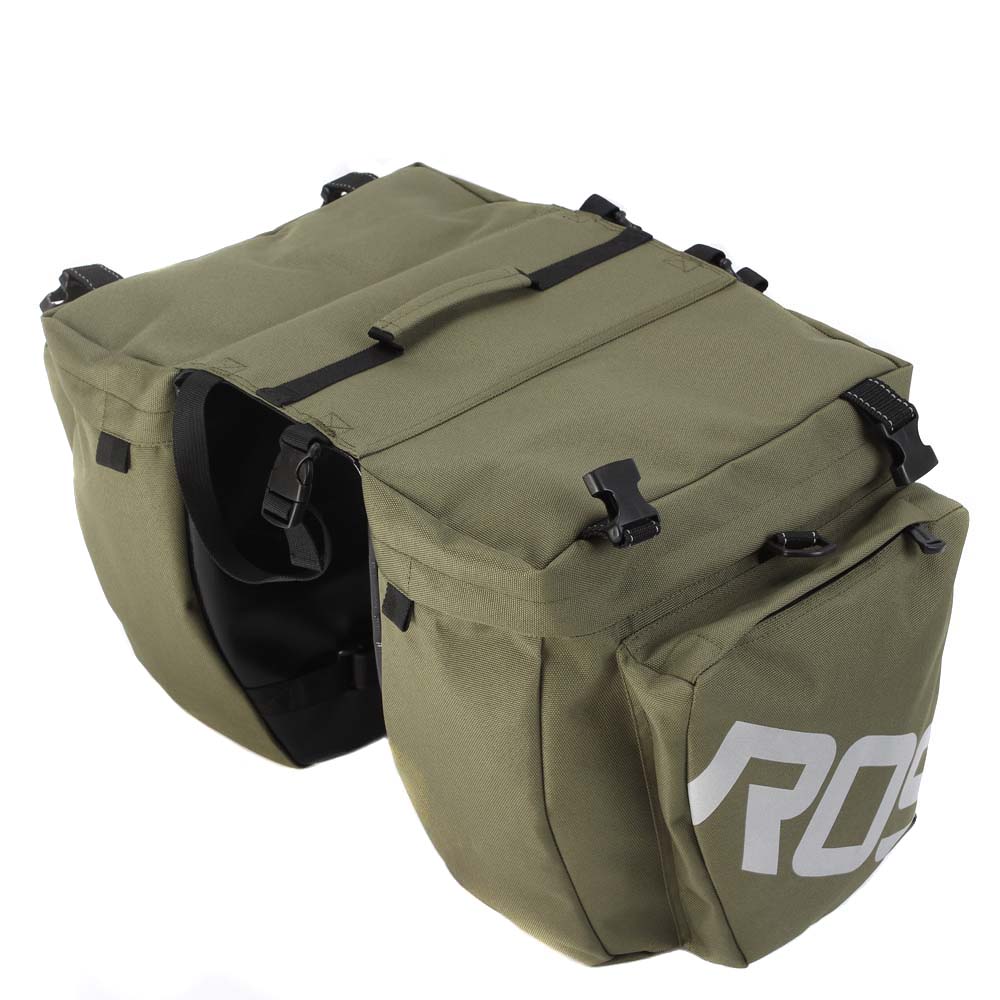 Other options could include

Finally, consider not carrying the thing at all - I have a work computer and a home computer and I do not move either one about. Instead I use VPN over the internet to control one from the other, should the need arise.

Depending on your bags, rack, and the severity of the problem, you may be able to solve the problem by repositioning the mounting hooks on your panniers, without modifying your rack or getting new equipment. I was faced with a similar problem, and was able to solve it that way.

In Russia, there is a special sport discipline "bike sport tourism" that includes travelling in urbanless areas for couple of days, without any possubility of communicating with anyone else except your group. In this case, we wear special rack bags up to 120 liters, but mostly around 90 liters for 3+ days or 45 liters for weekend-tourism mode.

See PIK99 site, this is an example of how it is done.

Note that it is very different to travel with about 25 additional kilagramms at your rear wheel, so be careful for the first time until you feel your bike with new weight mode.

4
Panniers or rack bags for photography equipment
1
Pannier rear rack with no eyelets
3
Which holes to use for mounting rear rack?
1
Rack bags options
1
How to add rear rack to a full suspension bike?
0
Wobbling Topeak QuickTrack rack bag
12
Why is my rear rack shaped like this?
9
How can I get a long rear rack with flat deck?