How to fix an old bike I found?

I'm new here and have a few questions if that's OK.

I have been wanting to get a bike to ride around the beach town I'm close to so I mentioned it to my husband he asked what I wanted and I said we could just pick one up at a thrift store and if it needed a few things we could fix it up.

Fast forward one week I was driving to the gas station at night and spotted a bike on the curb for trash pick up .You're gonna laugh but I thought well that's not in too bad of shape I would have bought that at a thrift store and I grabbed it and wrestled into my truck.

I knew something was up when I had to fight it so hard that sucker was heavy (I'm five foot tall ). I expected a Walmart beach cruiser considering where I live and this was way heavier than that.

I got it home and saw it was a JC Higgins bike. I haven't been able to find too much on what model it is so you have any ideas?

The tires hold air which shocked me to death lol and I have cleaned it up somewhat, things seem a little loose, there is something up with the seat it doesn't feel like it's on right so I'll have to figure that out but it's in pretty good shape considering its age and fate as trash. Do you all have any advice to fix it up?

Here's a picture lease excuse he mess we just had a tree come through the roof during Irma and everything is moved and jumbled around lol. 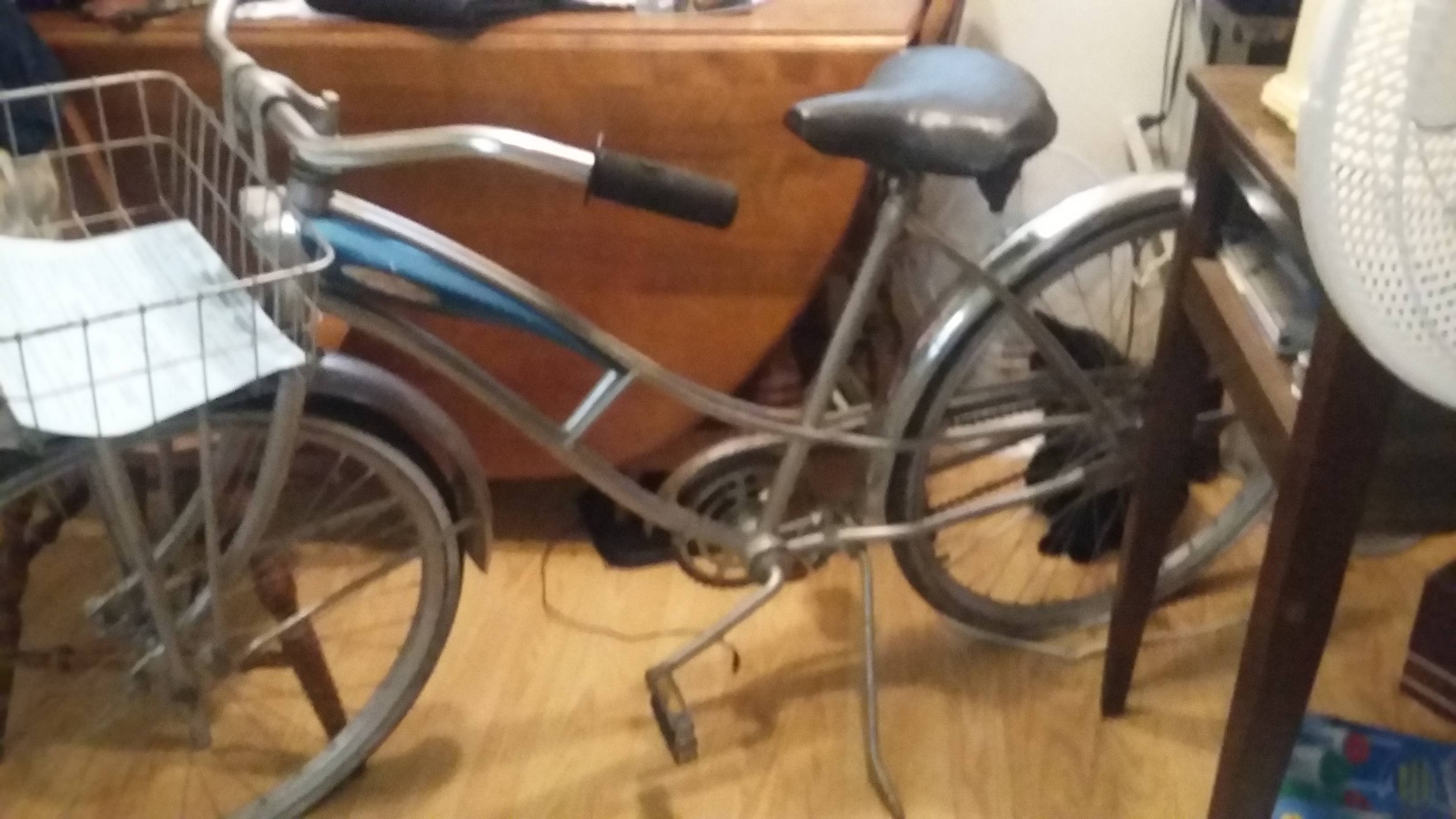 If you don't want to spend any money, just take it slowly at first to ensure that the brakes and steering are working properly. Try twisting the bars while holding the front wheel between your legs to make sure the bars don't turn with a decent amount of force. Ensure that the wheels spin freely and don't rub on anything. It's ok if they wobble a bit on such an old bike, but if there is excessive wheel wobble you might want to have a professional look at it.

Alternatively, you can take it in to your local bike shop for a tune up and safety check. Looks like a single speed with a coaster brake so there really isn't much to go wrong or adjust but you might be best off having a professional take a look at it and making sure things are in working order.

In regards to the model, i can't post an image in comments so here is one to compare. The Blue bike in the front is a 1960 JC Higgins flatliner. Looks quite similar. 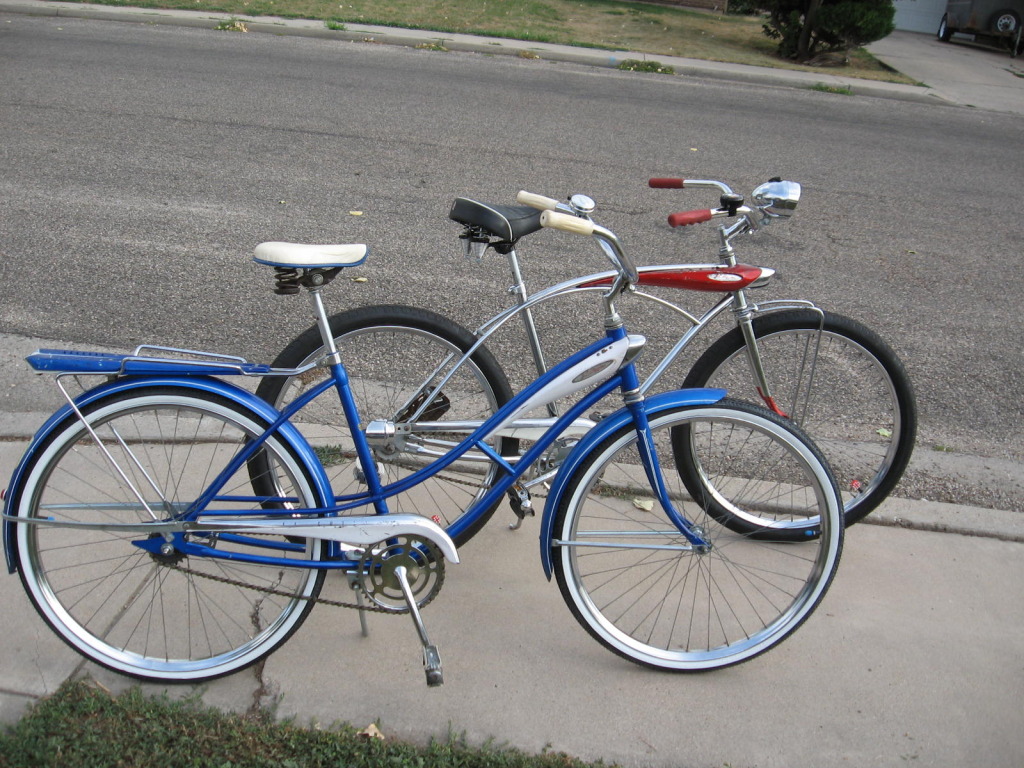 First thing to do is check everything's sound. Watch a YouTube video on a safety check, go round checking bolts are not only tight but that they are actually there. Remember that if you got it for free it can be a good opportunity to learn bike maintenance and if you mess something up while fixing it you're no worse off, ask here abs remember that YouTube is your friend. I find RJ The Bike Guy particularly helpful if you're looking on YouTube.

Not the answer you're looking for? Browse other questions tagged repair or ask your own question.

4
How to fix a detached brake cable?
5
How to fix a stripped pedal crank
3
How to fix V-brakes
0
How to fix gears on a Kilimanjaro bike
2
How to fix precession in pedal axle?
3
How to fix folding lock holder
3
The bike shop won't fix my newly bought bike
11
Fix up old road bike or buy new one?
4
I can't track down the source of chain skip - what might it be?