My wife and I used to both commute by bike, and now that our child is old enough to go on a bike, we'd like to do so again. She has already installed a front-mounted baby seat on her dutch-style bike, the kid loves to ride in it!

However, it seems silly to adapt my road bike for a child seat when we already have a tandem bike made for two adults that would offer a much smoother ride for the child in the stoker's position. Is there such a thing as a seat-post adapter to carry a child seat instead of a saddle, or a baby seat that could replace the saddle?

I don't know of a child seat which replaces the seat-post and I think it's unlikely that it exists as a product as this would be such an unusual case. The normal Hamax seats which attach to the seat tube will work fine and the design shown here provides some suspension. 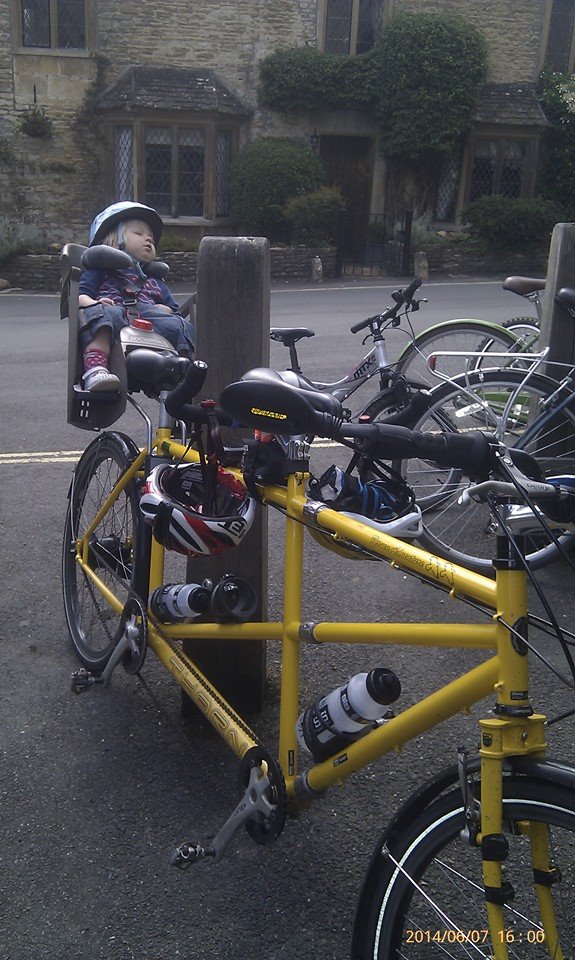 I've ridden the bike like this, without a stoker and it does take some extra care due to the weight high up, especially at low speed and when pushing/parking the bike. In this photo I have the rear brake locked on with a strap, to stop the bike slipping. If you were certain you'd never have a stoker riding then, depending on the frame design, you could probably attach it to the captain's seat tube, but on a tandem it can be helpful to have a bit of weight over the back wheel for traction.

I know that doesn't exactly answer your question, but hopefully it's some help.

So, in the end the answer is yes, it works. You can even add 2 children and it rides just fine... but I don't do it.

The reason is, it's really hard to handle the tandem with 20-50kg of deadweight on the back once you get off. You basically always need to stop beside a wall. Turning around when not on the bike is always a challenge on a tandem, it's nearly impossible with 2 kids on it - and you really don't want it to fall! 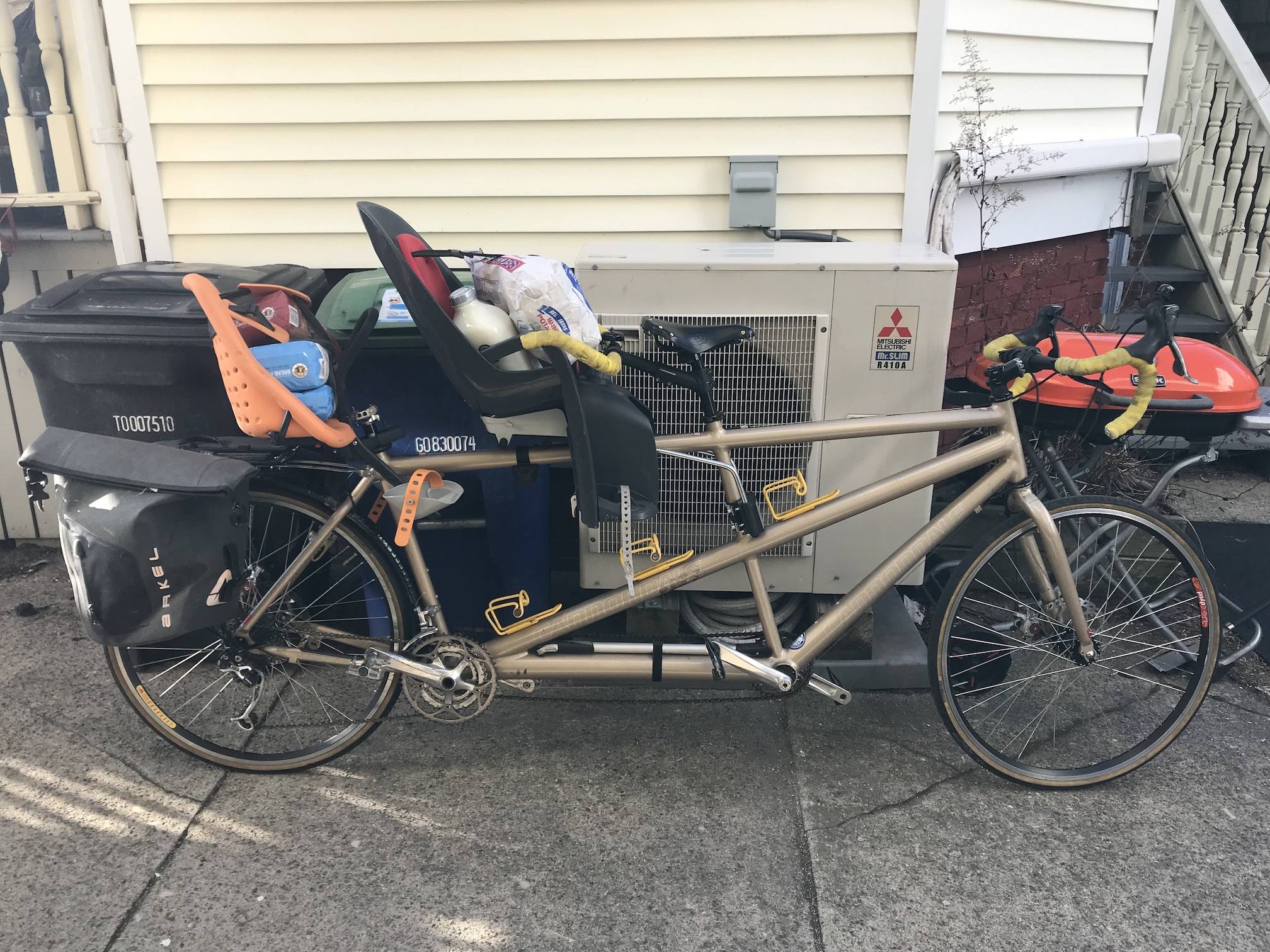 The setup here is 2 seats - the Hamax rear seat mounted to the captain's seat tube and a Yepp Mini mounted to the stoker's seatpost. There's still space for another seat on the back rack :D

In the end it's safer and easier to tow a 2-child trailer behind my regular bike, even if it's less fun for the kids!

Not the answer you're looking for? Browse other questions tagged saddle seatpost tandems child-seat kids or ask your own question.