I can't easily change my crankset or hub, so I'm looking at pedal power meters. All of them (PowerTap, Garmin Vector, bePRO, Xpedo Thrust-E) use Look/Keo/SPD-SL cleats. For me, walkable riding shoes are a must.

Are there adapters from Look/SPD-SL to SPD cleats? Is there another solution to this problem?

ETA: I said I can't easily change by crankset or hub. Please don't reply telling me to do that. The reason being, I have a Pinion gearbox which doesn't take custom cranks, and I have a 158mm rear axle which hub-based power meters don't fit.

I know I am late to the party, and maybe this is too late for the OP. However, the facts have changed since the last two answers: SRM just announced a set of mountain bike pedals that are compatible with Shimano SPD cleats. The price is 1,000 Euros. The link above goes to an industry observer, and he thinks US pricing could be similar. Availability in December, 2019.

The pedals are expensive compared to existing road bike power pedals that we know are good (i.e. Favero Assioma and Powertap P2). I suspect that making MTB power pedals is difficult, because MTB pedals can take hits from ground strikes, and they're more exposed to dirt. Any MTB power pedal would need its electronics protected against all that. Also note that SRM has always been a premium power meter option, i.e. their prices are very high, and their Look-based road pedals are very costly (US$1,700 for dual sided, $900 for single-sided).

It does seem likely that other companies will target MTB power pedals in time. In fact, IQ2 (I believe it's pronounced "IQ squared") announced an MTB power pedal (also SPD compatible) earlier than SRM released theirs. The issue is that IQ2 had initially got crowdfunding for a completely different design - they were designing pods that you inserted into your cranks, and then you inserted pedals (any type) into the pods. They found this to be infeasible, and they switched production plans to road (Look compatible) or MTB pedals. They plan to charge 329 EUR for the MTB pedals, 299 for the road pedals.

However, if you read between the lines at the link, the writer seems to think it's quite possible they won't deliver at all. If you read the comments, a lot of people come right out and say that they're expecting failure. The writer (DC Rainmaker) is a long-time industry observer and commenter, and I would place a lot of weight on his opinion. Also note that his post stated that the patent on Shimano's SPD pedals appears to have expired, and this could allow existing companies to create SPD pedals without licensing fees. That could lead to more MTB power pedals soon.

To expand on @Criggie's answer, the PowerPod estimates power from wind resistance and accelerometers. I believe this is more technically complicated than measuring strain at the crank/chainring/pedal spindle and translating that to power. DC Rainmaker has some reviews of their technology, but my sense is that this type of power meter is much less developed than direct force power meters.

This was alluded to in comments in Criggie's answer, but I believe the PowerPod has to assume the coefficient of rolling resistance. That is obviously going to vary between road and off-road, but off-road is a pretty diverse set of terrain. Furthermore, detecting the transition between road and off-road may be challenging, not to mention detecting transitions between types of off-road terrain (e.g. fire road, fine gravel, rough gravel).

Not answering your question directly, but this is too long for a comment.

There are other places to put a power meter than your pedals/cranks. 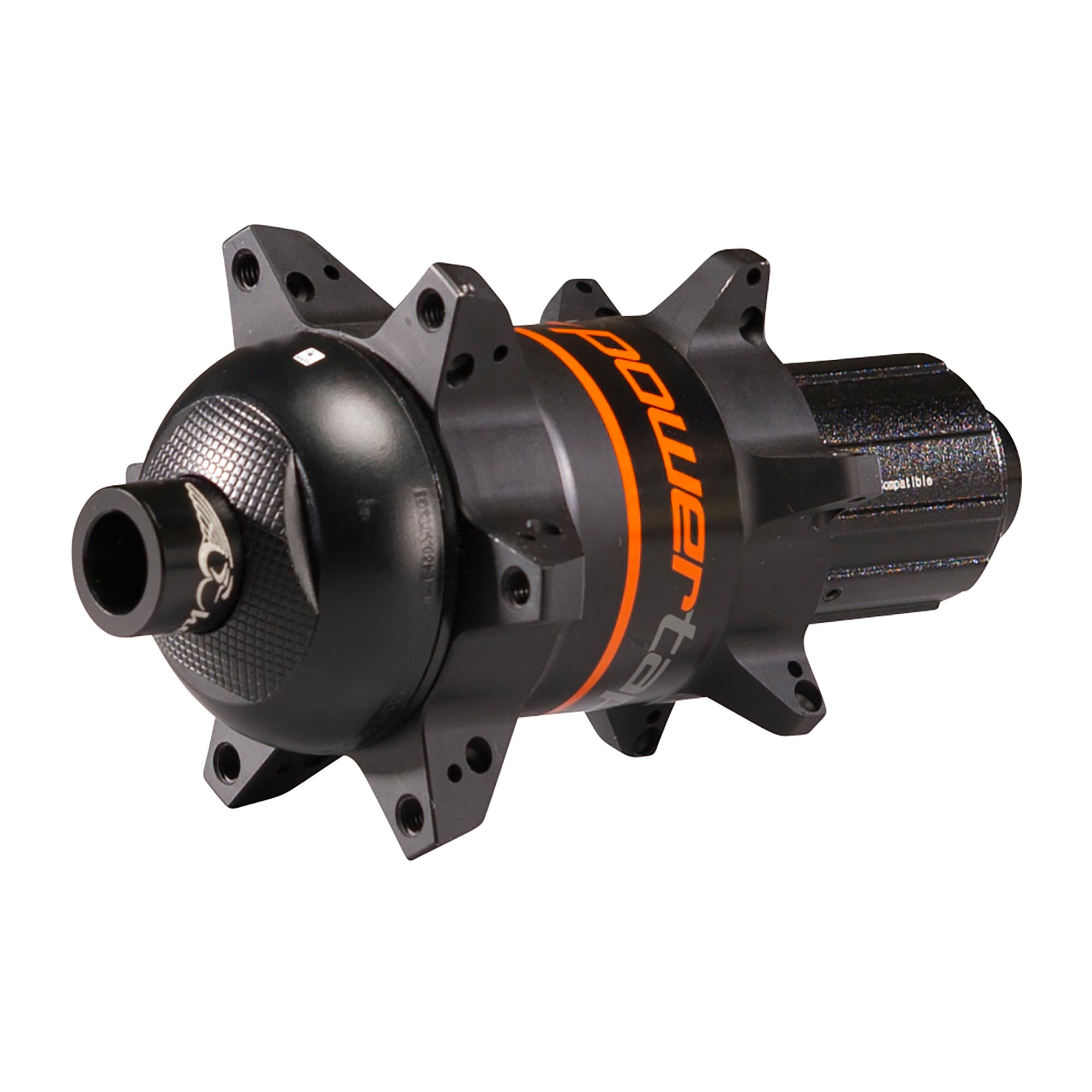 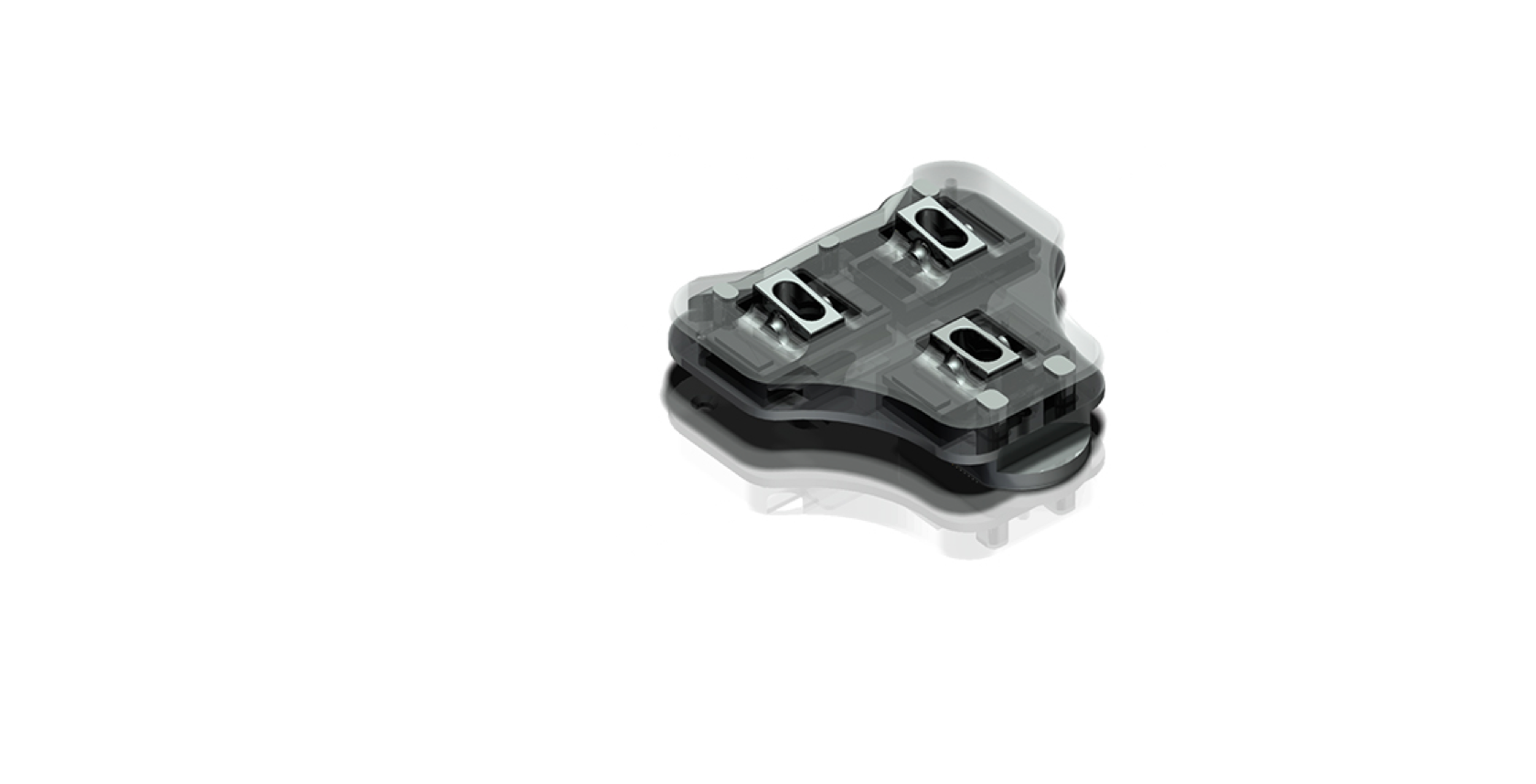 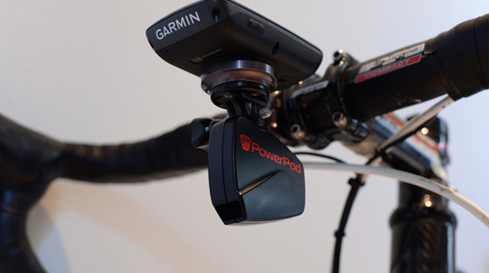 In addition there exist chain-based power meters, which "listen" to the chain electrically like a guitar pickup. They seem uncommon now.

I conclude there's no adapter from road to SPD pedals. I will have to solve my problem another way.

See this question for how to make a SPD-SL/Look pedal a flat platform. There are adapters for SPD-SL or Look shoes to SPD for using the other cleat, but you need the portruding cleat to engage/disengage a look/spd-sl style pedal. So, you can't clip in with something walkable on a SPD-SL/Look pedal.

SPD pedals are a bit tricky to fit a power meter inside just cause they're typically quite small pedals to begin with. Also, I think there may be some patent issues (which I think held back SPD-SL from getting power meters); maybe someone can verify this.

Getting a crank power meter is probably the easiest and best option.

I have a speed sensor that straps to the hub and also calculates power. Is this not an option?

2
Are there any cleats (for SPD-SL) that convert the pedal to a regular flat platform for regular shoes?

0
pedal falling off axis
3
Bike Pedal Falling Off
3
How to destroy a LOOK pedal as it won't come off anyway
2
Do road bike shoes offer an increase in power transfer over mtb shoes if the sole is a similar stiffness?
8
Why am I getting no power when I pedal?
2
Metal part of the pedal is coming off
1
My left pedal keeps falling off
4
Pedal: Platform came off axle which remained in crank
5
Can pedal-based power meters be used as flat pedals?