Can a hub casing be warped/bent?

For a couple weeks now, my commuter bike has been creaking ominously while I pedal, and just the other day, the rear wheel began to wobble up to a full centimeter to either side (rubbing the frame) during a longer ride. At first, I assumed that the cone assembly in the wheel wasn't tightened well enough on this new bike, and it had taken a couple hundred miles to come loose.

So I sat down and adjusted the cone and nut assembly and perfected the spin: the axle isn't bent, the internal bearings are fine, plenty of grease, no scoring. So I put it back on my bike and was astounded to find it still wobbled like crazy!

I've just spent the better part of two hours messing with the hub, and was on the verge of giving up when I noticed that the outer shell of the hub seems to be warped as if someone had twisted the two ends towards each other. The wheel's wobble lines up with this warping perfectly, and the axle pokes out of the drive-side of the hub slightly off-center.

I can accept that the manufacturer might have installed a hub that wasn't parallel (it's a cheap commuter bike) but how would it have taken so long to show up? Should I just replace the wheel?

Addition: A pertinent picture and some information. You can clearly see the bulging on the axle, along with the skewed cassette. 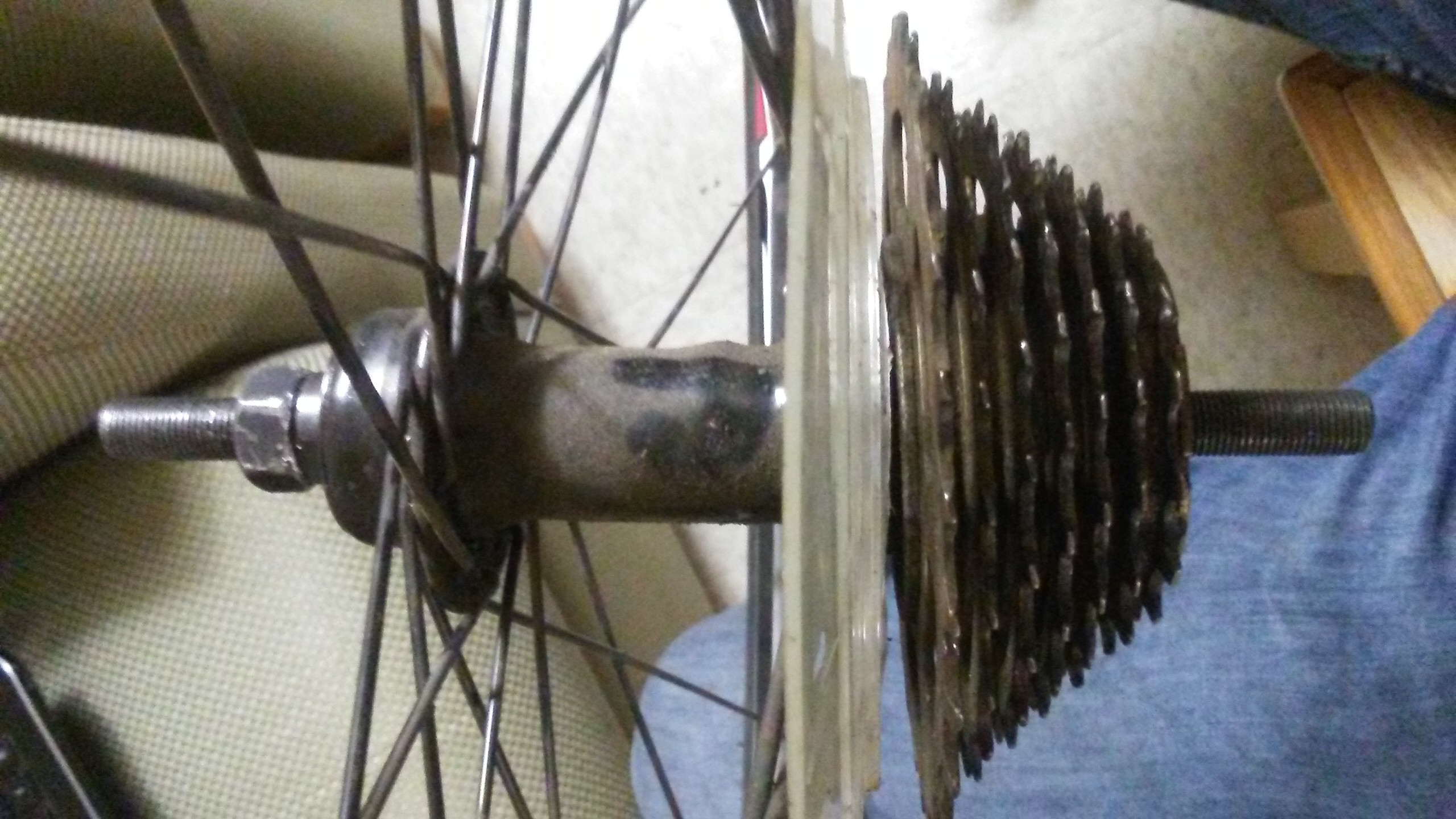 Hub shells with pressed flanges, as opposed to being one solid piece, can do things like this. In such a case the press fit wasn't tight/solid enough to resist all the considerable forces on the shell, and it gradually came loose.

The bearing cups that most hubs have pressed into them can also come loose and cause a similar set of issues to what you describe.

Both are rare problems, although it's probably true that most or many pressed flange hubs can self-destruct like this if ridden hard or long enough.

If it's not one of the above, then I have no idea, other than maybe something went wrong with the machining and it didn't have proper wall thickness or something. But this would be a very weird failure from a one-piece hub shell.

Getting a new wheel is the only reasonable fix.