Dent in titanium MTB frame, is the frame OK to ride?

I have a early 90s Basso Ti Hardtail MTB bike (made by Litespeed I believe) which I bought from my room-mate back in the day. I've kept it going with regular maintenance and occasionally replacing various components. It's done duty as a mountain bike, city bike, commuter and child trailer hauler.

I recently decided it needs a complete rebuild and stripped everything off of it. In the process I found it has a dent in bottom surface of the downtube. The dent must have been there for years as I know I have not crashed it or smashed it into anything for at least a decade (I got older and spent more time on road bikes). I'm fairly certain the frame is OK as I've been riding it, but I'd like to verify that that it's not potentially going to fail on me.

I'm not going to be using this frame for any hard-core mountain riding with big impacts and I'm not a big guy - I weigh about 170lbs / 77 kilos. 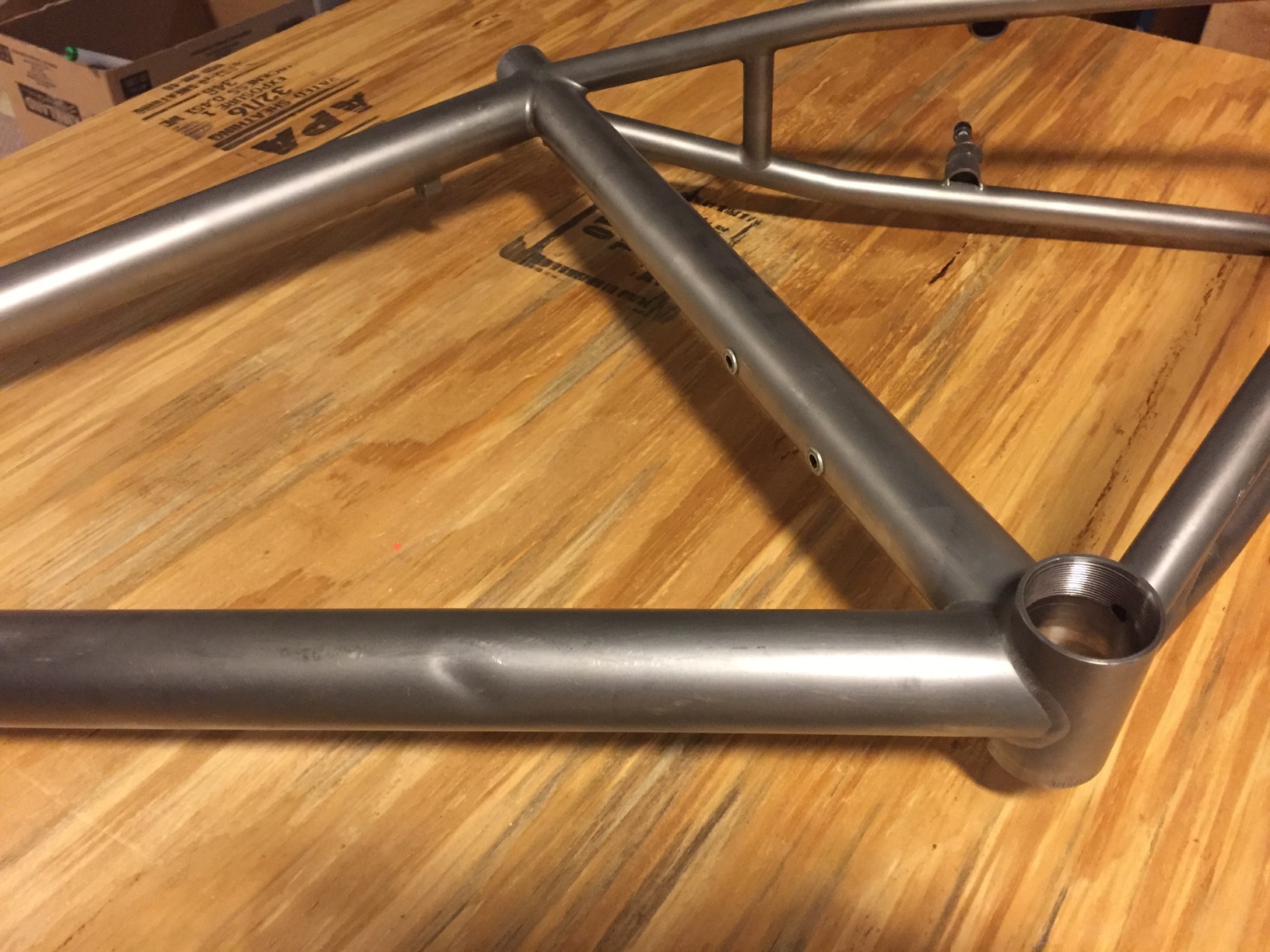 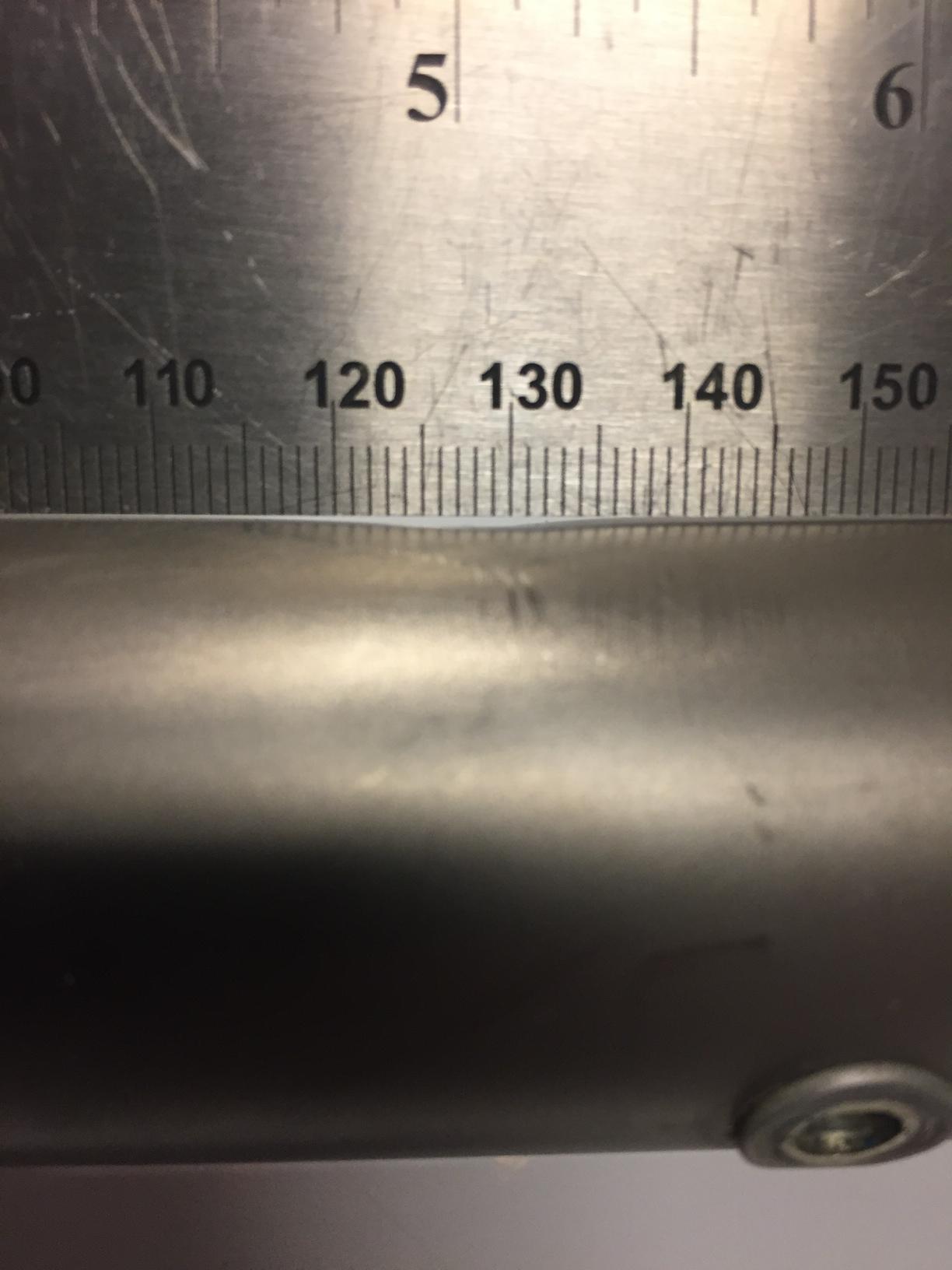 such dents happen from rocks flying off your front wheel and hitting the frame.The dent doesn't seem big enough to be dangerous as long, as you don't do some hard-core mountain biking, just make sure to check it from time to time, if dent gets bigger you should replace the frame.

Not the answer you're looking for? Browse other questions tagged mountain-bike frames damage titanium or ask your own question.

4
How do I fix a dent on my frame?
7
Building my own full suspension MTB: How to I select a frame?
2
Repairing a Crimped Titanium Frame
5
Titanium frame: using copper grease
9
Titanium frame has a crack - advice needed
5
Should I ask for my money back - crack in Titanium frame
5
What should I do with a cracked titanium Lemond Tete De Course frame?
4
Titanium frame crack
3
Is it safe to ride this frame?
1
Frame with dent