Is this old chain of a different type?

My friend's bike needs a new chain. Looking at the chain, it looks like the pins have a slot for a flat head screwdriver? Is this just cosmetic or does this type of chain require unscrewing the pins? If so could it be replaced with a regular modern chain (of appropriate type [10-speed road])? My question is referring specifically to the pins of this chain which are visible in the attached photos. You can't see it in the picture, but the chain is HKK brand and it was on the bike when he bought it (used) 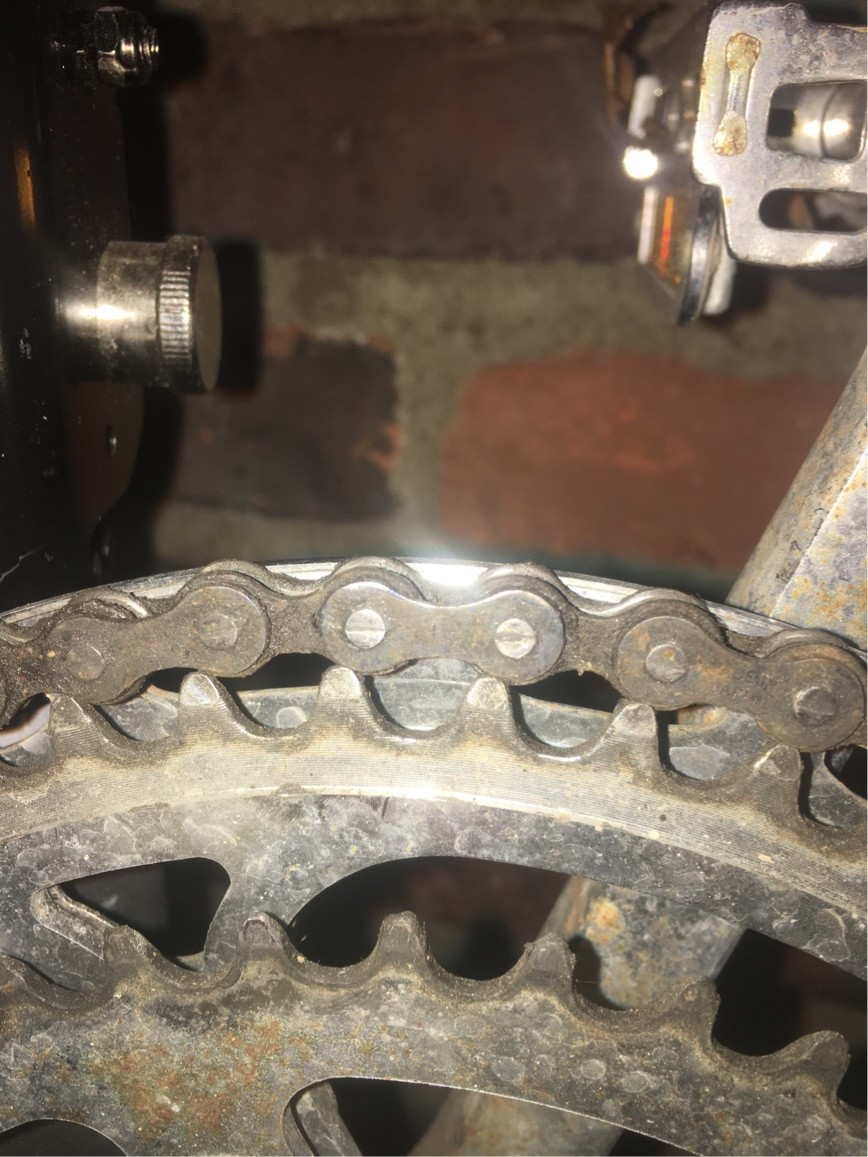 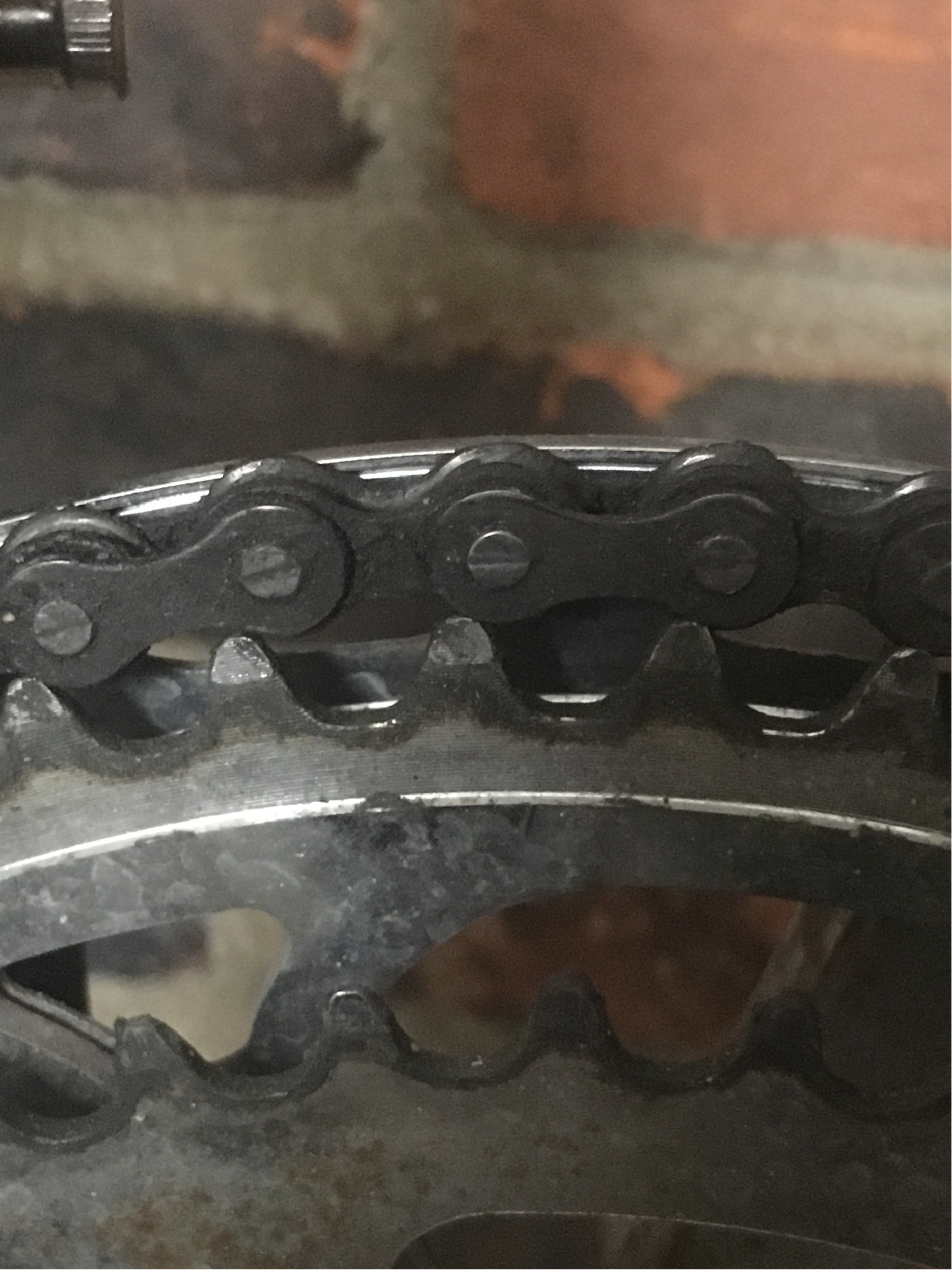 Different chains, including modern ones, have all sorts of patterns or markings on the tips of the pins. On some there's some level of intentionality to it as a shift aid. There are no bike chains where all the links are screwed together. (There are some half-link styles where the pin screws in place, but that's a tangent.)

The pictured chain is an older bushing-type chain, which was the norm until bushingless chains took their place.

From the look of the cranks/rings/guard the bike is a bike-boom era 10 or 12 speed (as in 2 front chainrings and either 5 or 6 rear cogs). If so, chains specific to such drivetrains, which are labelled 5/6 speed usually, are still made and available. You could order one, but many shops don't carry them, instead choosing to use more modern 8-speed chain for replacements on such bikes, which works perfectly.

The horizontal marks on the rivets that you think are screw heads are just an artifact of the older riveting process. You'd take them out using a standard chain breaker.

Newer chains tend to use a different process to join chains together so that mark isn't visible anymore.

No. Its just drastically badly worn and needs to be replaced to avoid skipping and mis-shifts.

Often the chainring is savable, because it has more teeth to spread the load. Yours look okay.

Not the answer you're looking for? Browse other questions tagged road-bike maintenance chain repair or ask your own question.