If anyone knows what this frame is and could help me identify it, I would be most grateful.

Distinctive (or not) details of the frame:

Serial Number: B99XXXX (B plus 6 digits)

All input appreciated, any ideas or suggestions are most welcome. 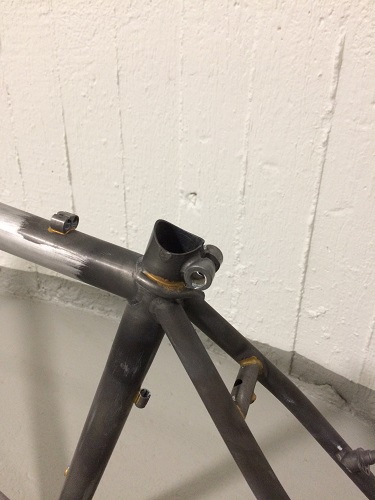 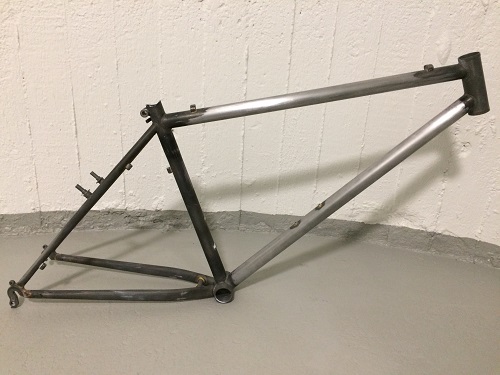 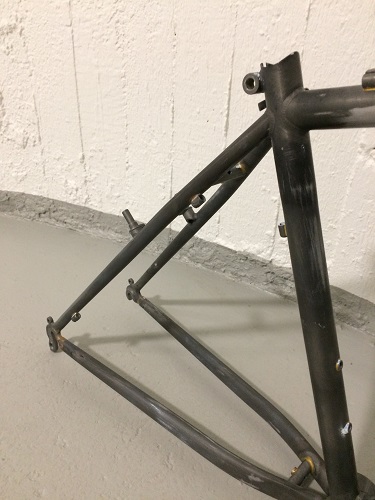 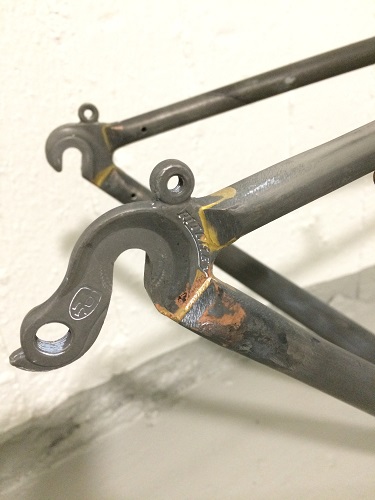 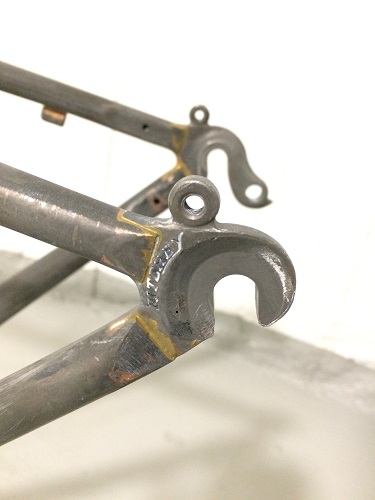 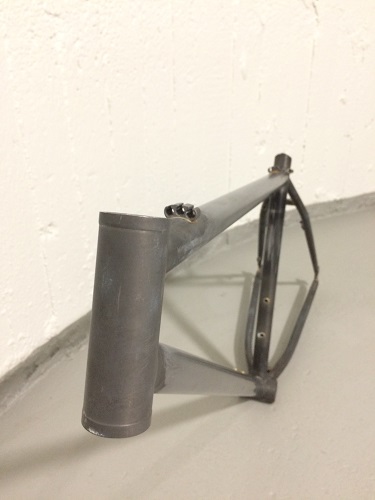 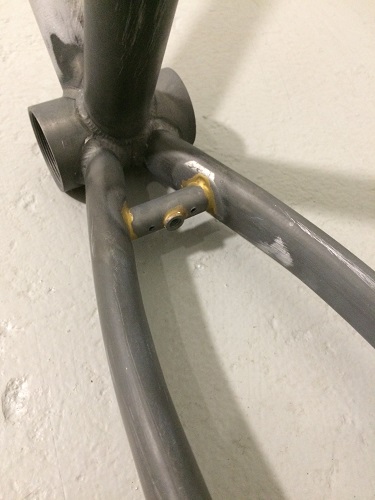 I owned a Ritchey steel frame from ~1999 and this doesn't look like a Ritchey of that era to me.

My guess is that the frame was built by someone else using Ritchey dropouts. I would think those unusual looking cable stop clusters might be a clue, but maybe they're more common than I am guessing.

There's more info here that seems to indicate (though not definitively) that the serial number doesn't match the pattern of that time for Ritchey, and that the company was in fact selling parts to other manufacturers.

I had that kind of frame for a mountain bike back in 1997. Almost the same design with Ritchey stamp name at the drop outs and hub mounts. Except the cable mounts are located at the side of the top tube.

I bought mine with only a thin primer paint and had it custom painted in white.

The bike store where I bought it told me that it was a Ritchey frame and I thought it was.. I think there were two of us who have the same frame configuration but differs in the cable mount. His was on top of the top tube.

Now presently I send a picture to a Ritchey page in instagram and the admin responded that the frame was not a Ritchey design. Instead some of its parts like the Ritchey drop outs and hub mounts with Ritchey stamp were actually sold to other bike manufacturers and frame builders during the 90's that is why there are frames that were not made by Ritchey but has a Ritchey stamped drop outs.

This might explain your mystery frame..this probably is an original generic bicycle frame of that era. BTW the "diamond back" decals was just put there to have at least a brand name as much as i wanted it to be branded as a Ritchey bike but there was no available decals for a Ritchey frame that time, and diamond back bikes were popular then. 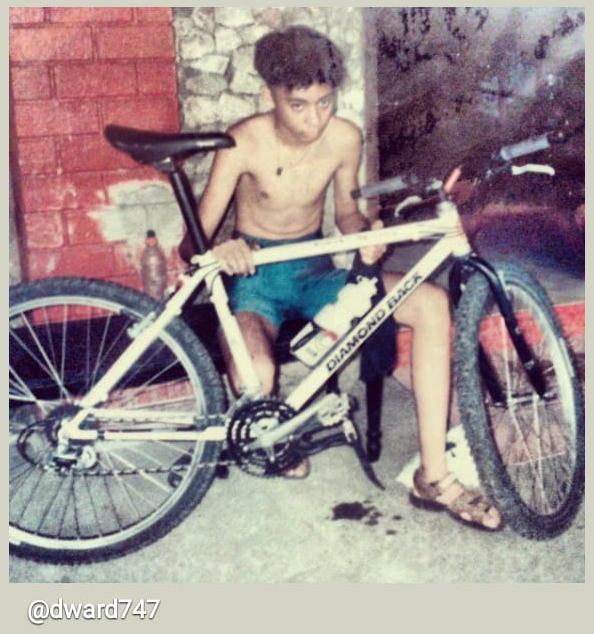 There appears to be a "Ritchey" name tag and emblem on the rear drop outs. While Ritchey currently sells components to a variety of manufactures I can't find any information on when they started doing this. I would assume that a frame this old with Ritchey components was sold as a Ritchey complete bicycle. Identifying the actual model may be impossible as many time the frames were used in different models with the drive train components being the main difference.

Not the answer you're looking for? Browse other questions tagged mountain-bike identify-this-bike vintage or ask your own question.