I'm getting a lot of conflicting information regarding the volume of oil for the lowers on this 2014 RockShox Pike RC w/ charger damper. Can anyone confirm the correct quantity of 0W-30? Is there a safer side to choose?

Recommends - Non-Drive Side 15 mL and Drive Side 5 mL

Recommends - 10cc or ml in both the right and left

Recommends - 5cc or ml in both the right and left

The Service Manual or the Air/Oil chart from SRAM are your most reliable sources. This is the same source a SRAM/Rockshox dealer should be using to provide you this information, so there is no reason your LBS should offer you different information.

As for YouTube, that source is only as trustworthy as the guy who made the video, and given the volumes you quoted, I’d say you should stick to SRAM support.

Make sure you are paying attention to model year, since different model years may require different oil volumes.

The air/oil chart for 2014 Rock shot suspension can be found here. 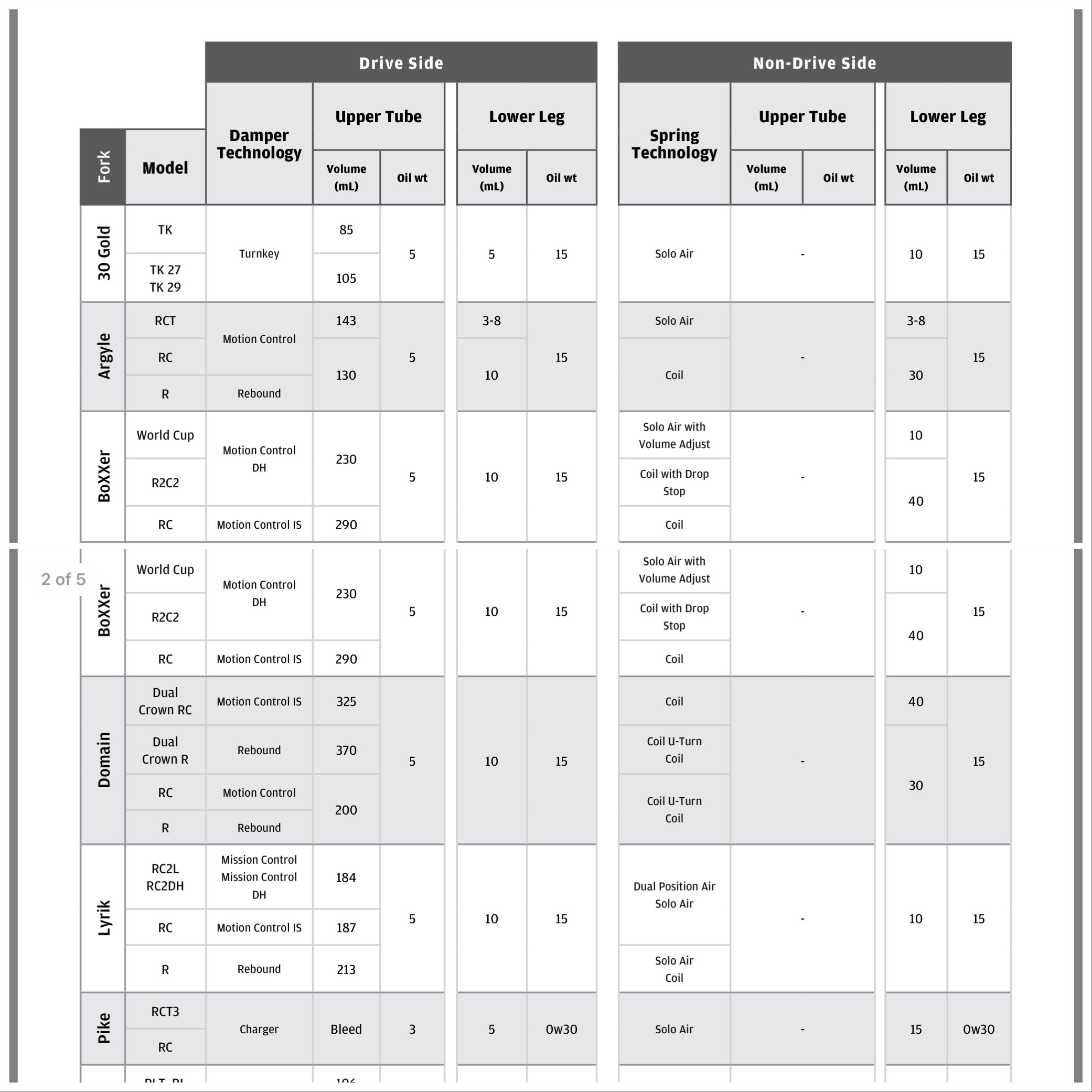 It really depends which seal is installed in the Charger damper.

Rock Shox started with a pretty simple o-ring setup to seal the damper from the lower body and the lubrication oil in there. This caused issues with the damper as some lubricating oil could find it's way inside the damper and cause the bladder to explode.

I think at that point they decided to only put 5ml inside the lower leg of the damper side. The replaced the seal with a a blue skf seal which is better and I think allowed 10ml afterwards.

If your lower seal of the charger cartridge is not blue you should fill in only 5ml. If it is blue you can use more than that. In any case if you use too much it will add some progression to your fork and can cause other seals to blow due to the higher pressure.

Not the answer you're looking for? Browse other questions tagged mountain-bike fork suspension sram or ask your own question.