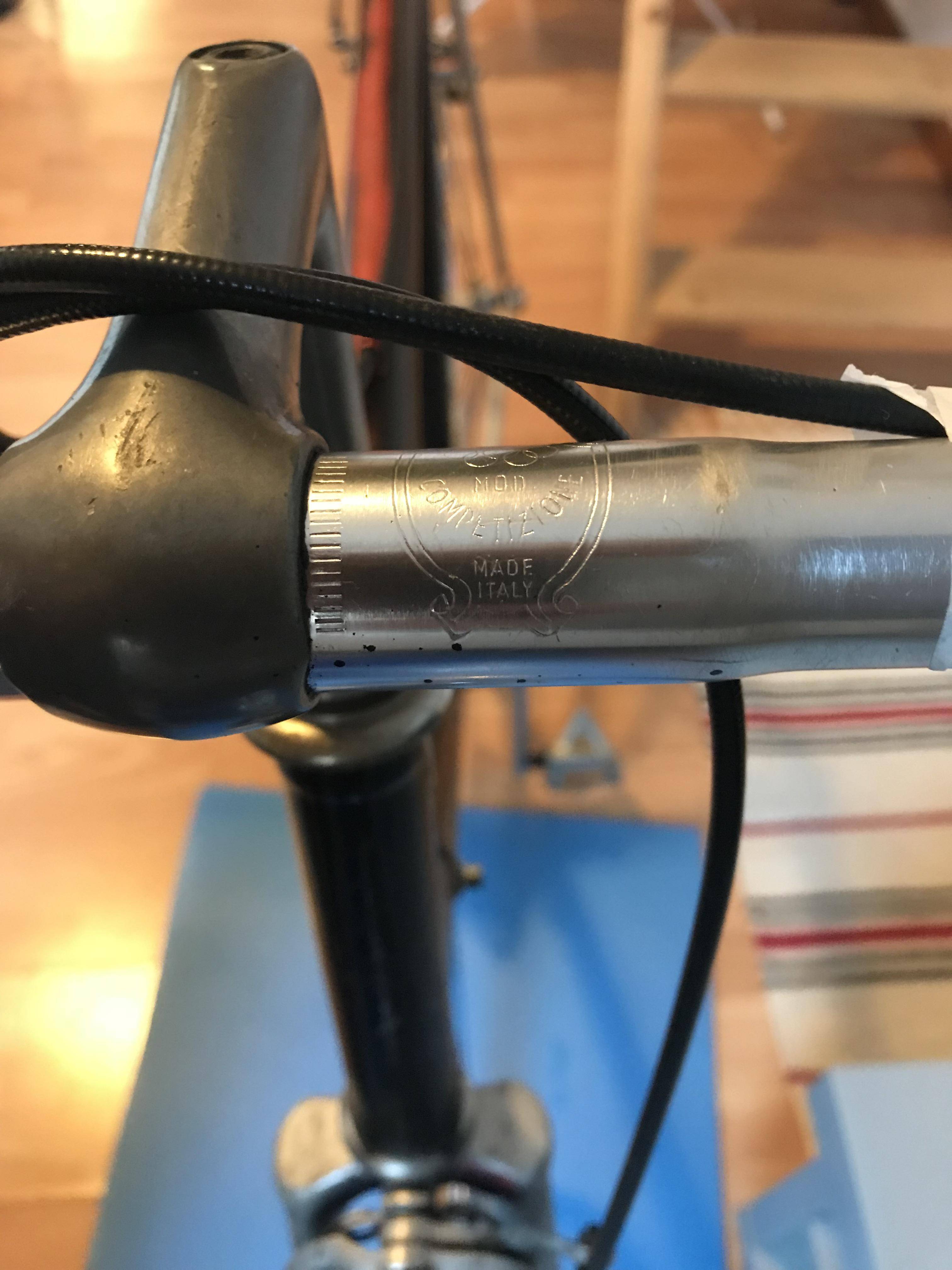 Can anyone help me find more details about this bike? What's with the inscription on the handlebar? It has another one on the opposite side "3" with a laurels crown. thanks guys!

From your one photo, we can tell is its a road bike, probably painted black. I think its been converted to single speed because there's a clearly visible downtube boss, with no lever in it. So its fair to assume there's no decals or labels either

TL;DR you're completely out of luck. Be mad at whoever painted it and removed the head tube and covered all markings. You might be lucky and peel the paint off showing some kind of lettering, but that's unlikely to work.

Going on what we can see:

Quill stem and threadded fork means its probably older than the 90s or its a reproduction.

I can see a single pivot front caliper rim brake, but the cable appears to come up from the wrong side. Writing visible is not mirrored, so that's an oddball caliper. It may have been intended to sit behind the fork and someone's flipped it and moved to the conventional location.

The headtube seems awfully long, so that suggests its sized for a tall rider.

Its out of focus but I can see clipless pedals with a distinct triangular shape. They may be Shimano 105 PD-1050 which date from the 90s, like this: 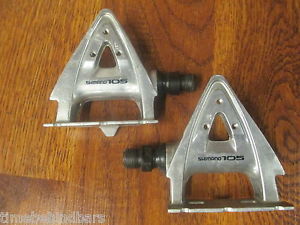 The bars are aluminium alloy 3T "Competizione" or possibly "Super Competizione" and date from the 90s. Like this ebay auction They're nice but not rare. 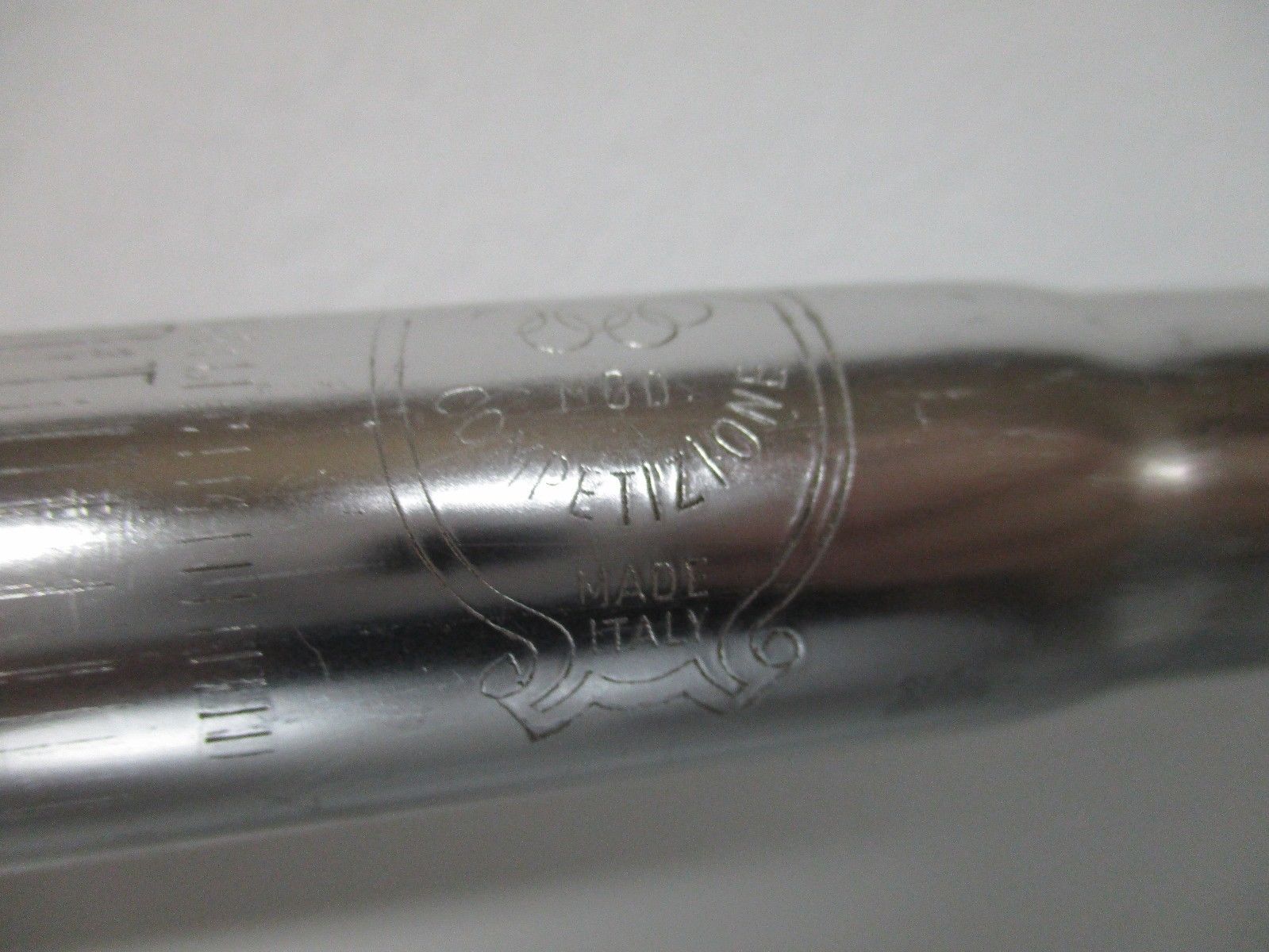 The "3 with a laurels crown" is probably like this which is a 3T or TTT logo: 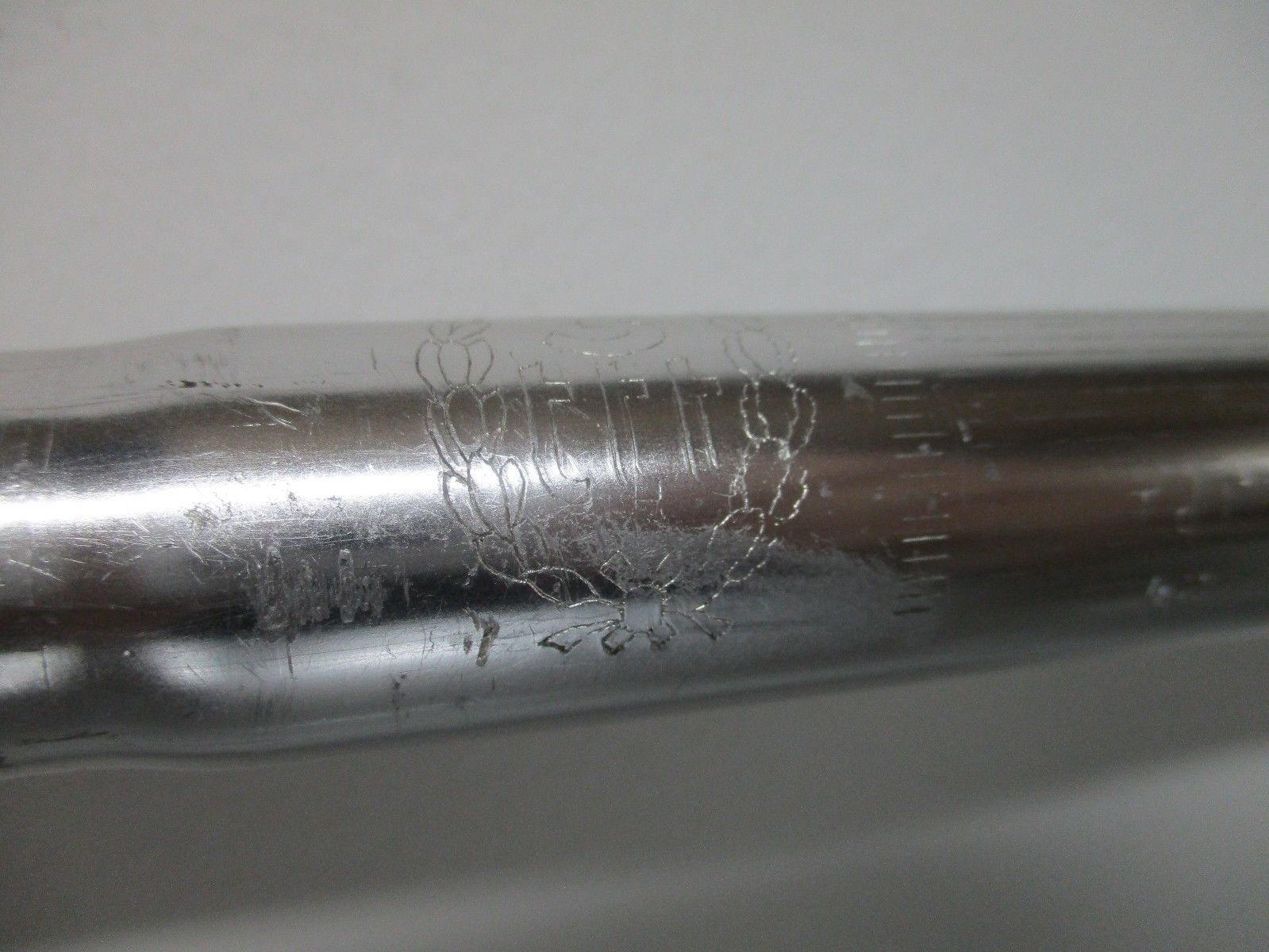 1
What model is this Bottecchia bike?
5
How could I find out about my bicycle brand/model?
0
Help figuring out make/model/year of this bike?
1
What is this bike model and year? Cannondale CAAD?
0
Help identifying a bike model
1
Need some help identifying my new project
1
What is the model of my bike?