Climbing or aero bike for a light rider?

What is the better choice for a lightweight rider (173cm - 48 kg), lightweight climbing bike to get even bigger edge when climbing, or an aero bike to catch up the speed in the flat road?

Obviously I will 'need' to have both bikes in the end.

Generally, being light weight you probably have more of a deficit on the flats, which would point to an aero bike. That is your frontal area per watt per kg will be higher than a larger rider who is heavier, can turn out more watts and has a bigger frontal area but also has a a relatively lower frontal area per watt per kg. As such, an aero bike would addresses your main deficit, would likely provide a bigger overall gain. Delving further into the details we can again see that an aero bike will likely provide the biggest gain in most situations.

GCN (who's test riders were former pros - i.e., spindly and light weight) tested a scenario very similar to what you are asking. They compared a "climbing" to an "aero" bike over a time trial with a mix of climbing and flats. They found an edge to the aero bike by about ~1.5%.

Caveat: The results of course lack replication and are subject to confounding variables (e.g., potential weather differences, psychological effects due to the study not being double blind). The effect size may also depend on the brand of bike as not all "aero" bikes are equally aero.

One thing that was not tested in the video was simply putting on a set of deep section wheels on the climbing bike to see how much of the difference was simply wheels. There are plenty of videos showing there are sizable gains to be had, for example GCN playing with Zipp 808s (embedded below). This again points towards aerodymanic gains being potentially more important.

A nice feature of the test is that it nicely illustrates the impact reducing your workload (e.g., drag ) can have on human threshold performance. With the more aerodynamic wheels Simon could maintain the same pace (i.e., speed) as non-aero wheels, but a lower total power output. The lower power output meant he could complete the workload (i.e., fixed velocity of 41.12 kph) for a longer period.

Humans are lousy machines. Our ability to do a maximal work decreases over time (e.g., maximal power for 50 minutes is less than maximal work possible over 20 minutes). Our ability to do maximal effort falls off exponentially relative to duration. Below is a figure that illustrates this concept (Figure 1). The theoretical maximal power (i.e., maximal performance) is expected to drop with extended duration. The critical power (CP) is the maximal power that can be produced indefinitely and is much lower than what can be done over a shorter time interval. 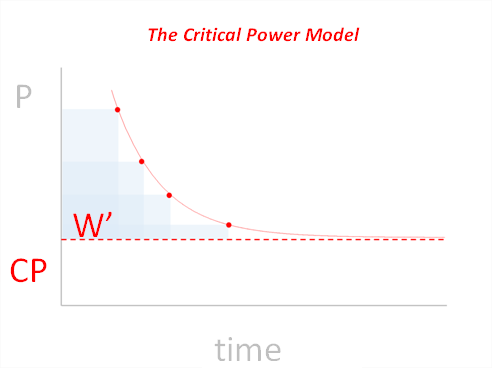 Figure 1. Theoretical maximal power output by length of time the power can be sustained. From Golden Cheetah.

This gets us the crux of why an aero bike will likely lead to bigger gains. Any time you can reduce the workload (e.g., decreased drag) you can increase the amount of time you can sustain a given speed. At threshold, an increase your workload (e.g., increased drag) shortens the duration over which you can functionally complete that workload (i.e., shorter period you can maintain a given speed). Because races are at threshold, this has important consequences.

Now the question remains, which is a bigger workload, fighting aerodynamic drag or the extra work required to pull more weight up a given grade. I would argue that drag will often be the biggest component. As you can see as soon as you start to go faster (i.e., racing time trials) aerodynamics becomes a larger component of your total workload if we ignore gradients (Figure 2). 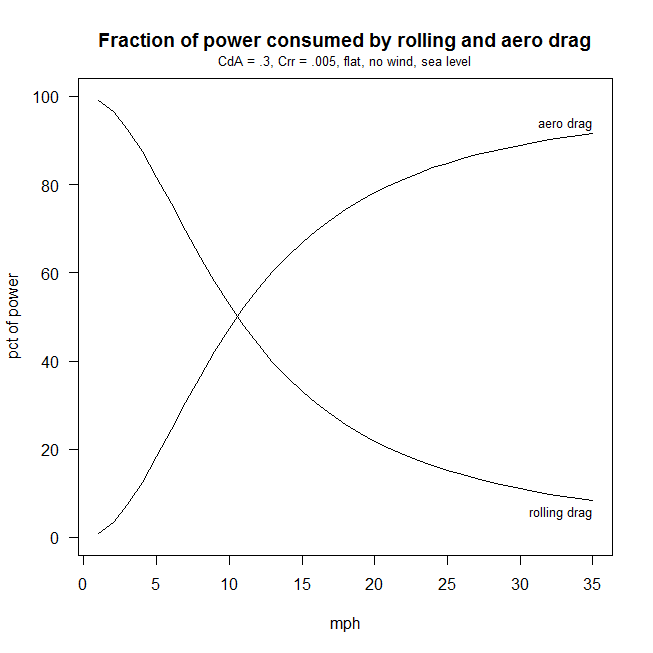 Figure 2. Proportion of total power used to overcome rolling resistance and aerodynamic drag over a range of speeds. From R. Chung: At what speed does Aerodynamics of a bike come into play?

Next we need to assess the gains of a lighter bike on a climb. If we compare the difference in weight between a climbing bike and an aero bike, the differences is relatively small compared to your total weight. Probably at most the weight of a water bottle (lets argue a 1 kg difference). Using Bike Calculator, assuming you are light (i.e., 60 kg) a 1 kg difference in the bike weights would require a sustained grade over 10 degrees to see a difference close to 1.5% in velocity (see Figure 3). This means you need long, steep, sustained gradients to generate the performance difference observed in the first GCN video. Few if any time trials are structured like this, which implies a climbing bike is actually a highly, highly specialized tool. You can verify this in the field by doing test time trial with and without a water bottle to estimate the effect this weight has on your realized performance. 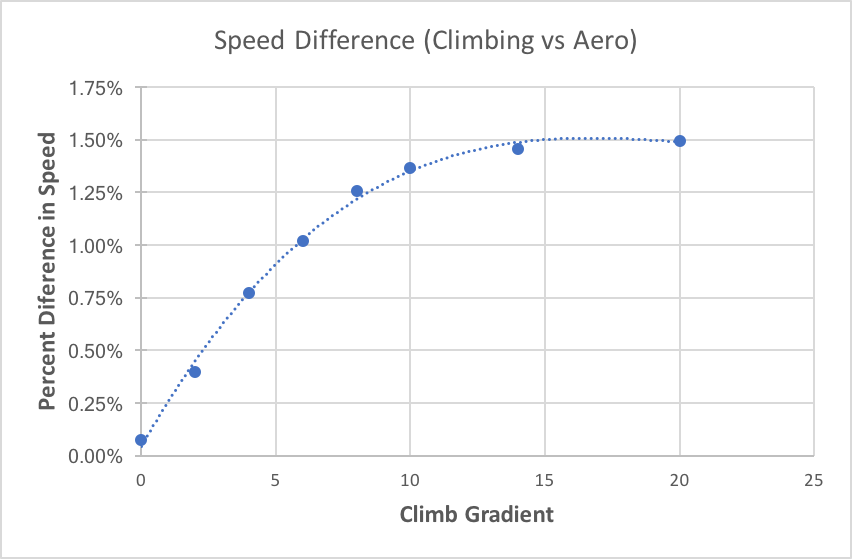 Figure 3. Difference in speed between a climbing and aero bike for a 60 kg rider and a bicycle weight difference of 1 kg. Bike Calculator was used for the calculations.

Finally, I believe psychology also plays a huge role. If a bike feels better to ride you will often perform better on it because of psychological like effects. In fact there is more and more emerging evidence that perception plays a huge role in realized fatigue and therefore performance in endurance sports (see Fatigue Induced by Physical and Mental Exertion Increases Perception of Effort and Impairs Subsequent Endurance Performance). If the bike doesn't "feel" good, you have to concentrate more and this can negatively impact performance. This could go either way in terms of aero vs climbing bike.

Not the answer you're looking for? Browse other questions tagged road-bike aerodynamics climbing or ask your own question.

13
Are aerodynamic rims worth additional weight?
7
At what speed does Aerodynamics of a bike come into play?

8
Is it harmful to shift RD while climbing standing?
2
Is this a good road bike frameset to consider building for a 5'6" rider?
6
quads feel over used while in an aero position
3
Does weight and climbing cause strain on bike?
5
Does group riding negate the aero benefit of deep rim wheels?
12
Aero Bars vs The Drops
5
Aero bike vs climbing bike for running in Crits
4
How much aerodynamic drag does each component contribute?