This bike I found on a Brazilian mountain bike Instagram page, they caption it as a bow and arrow with wheels.

Anyone ever seen this strange looking beauty before? I can't quite tell but it might be an early folding bike. I'm saying is old because it's got a rod brake. 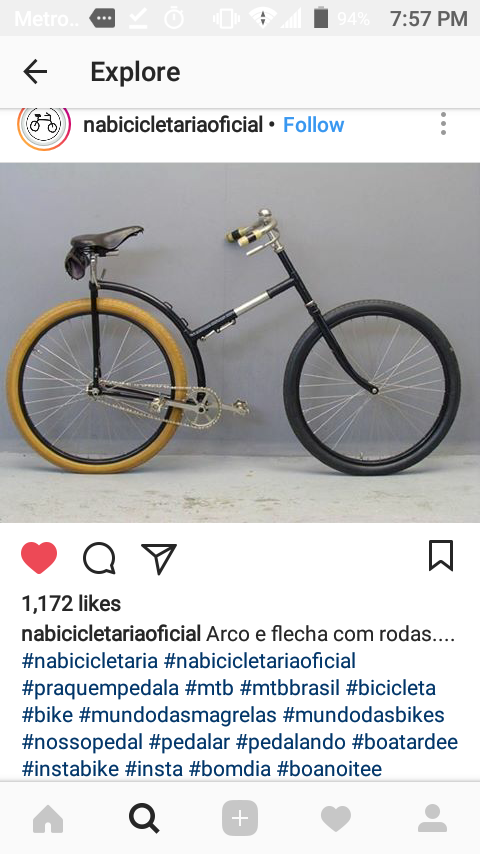 This is a very old military bike, estimates say circa 1898, credited to a French officer and cycling advocate Captain Gerrard (although actually probably designed by someone else). It is indeed a folding bike, one of the first of its kind. Soldiers on bicycle were a relatively common thing prior to the first world war. Lots more information here, The BSA & Military Bicycle Museum ; and here Captain Gerard history 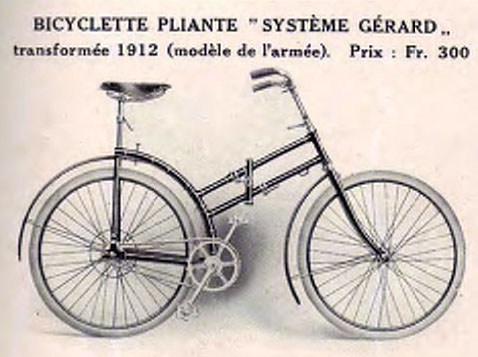 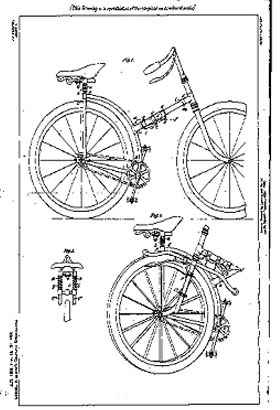 That's art, not a bike. Its not intended to be ridden.

If you did try and ride it, your first hard take-off would likely flip you backwards unless you were out of the saddle and leaning forward.

Braking would be quite good, assuming its a fixed gear and not just a single-speed. The weight distribution would put more on the rear helping with skid stops. But the pedals lack retainer straps or clipsless pedals, so its not a real fixie.

As noted, the front brake is absent, and the hand lever is just for show.

If you got it rolling okay, it would be a floppy horror to steer. That front wheel will want to turn 90 to the left or right, so requires strength to hold it up.

Answer its a show bike not for riding. What a waste of time and effort.

2
Need help identifying an old bicycle, unusual frame
1
Identify old road bicycle frame
2
Can you help me identify this old bike?
20
How can I tell what year my bike was made?
0
How old is my bike
14
Identify old bicycle w/locking steering column?
0
Help Me Identify My Old Norco Bike
2
What model is this old child’s bike?
2
How old is this Kenlight bike?