We got our son a Hyper Metro bicycle from walmart for Christmas and I assembled it with no problem. We also go training wheels for it and when I installed them, the issues began. The rear wheel will spin and then eventually just jam and stop spinning suddenly. I can spin it the opposite way and then it will spin the correct way again until it jams again. Almost like it's tightening itself down and then just stops moving. I loosened everything and thought that i had the problem fixed, and i pushed it around the driveway and then the nut on one side just fell off, so it definitely spun on the rod. I'd like to get input and see if it's an easy fix before I go to a bike shop since there aren't any nearby. Any suggestions? Is it fixable? Should i just buy a new rear wheel assembly?

Sounds to me like the bearings in the rear wheel are unhappy.

So normally on a kids bike, they use cheaper cup and cone bearings which have a cone nut and a locknut on each side. 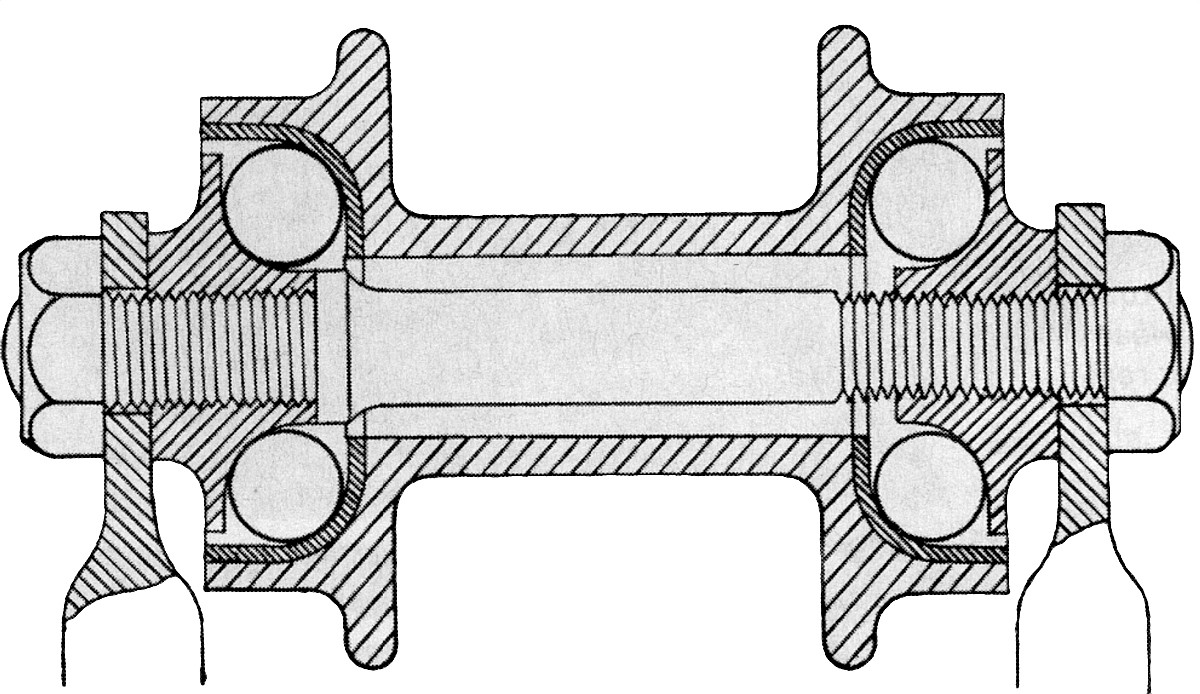 Note the lock nuts and cone nuts in the above cutaway are merged into one part. 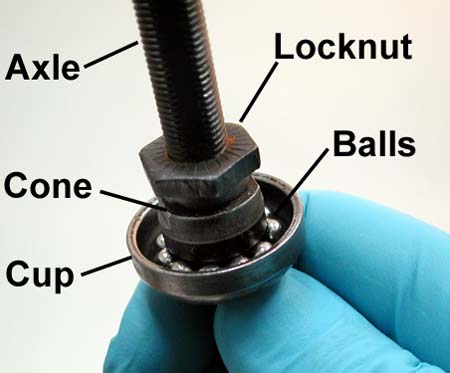 The Fix you'll need a normal adjustable spanner, and a specialist spanner called a Cone Spanner which is quite thin, and fits the two flats on the side of the cone nut.

Remove the wheel from the bike, and work on its axle directly. Its fiddly, but you want the axle to rotate in your fingers without crunching feeling, but without much detectable slop.

To do so, lock one locknut against one cone by tightening them against each other. Then adjust the cone nut on the other side so it spins right. Lastly hold that cone nut still and tighten the lock nut against it.

Things will subtly move, and your adjust will likely be wrong. So fiddle it until you have the axle rotating freely with no graunch, but with minimal sideways play.

Lastly, remember this is a kids bike that won't do 10 km in its entire life. As long as the wheel turns freely and doesn't self-adjust you'll be okay.

Not the answer you're looking for? Browse other questions tagged hub children learning bso or ask your own question.

8
Quick release wheels on kids bikes?
4
Training Wheels for an Adult
0
Choosing hubs and rims for training road wheels
3
How to measure frame size kids bike
2
Tightening the bolts on training wheels for a child's Schwin bike
9
Chain stuck between cassette and spokes and damaged rear hub - any way to fix it?
31
What are the conditions for removing training wheels?
2
What to put after taking off rear stabilisers from child bicyle?
3
Child's bike rear wheel wobble
2
MTB freewheel not moving back wheel after change of tyre