Lock jammed - key will go in and out but cannot turn

I know that similar questions have been asked here, but I can't find a question with the exact same problem encountered here.

My bike was left locked during a week or two of sub-zero temperature, and another week when my wheel was punctured (almost three weeks I think). And the day I started riding it again, I felt the lock started to jam but managed to lock the bike anyway.

Now since a week ago I cannot unlock it: The key goes in but doesn't turn at all (I bought the lock less than a year ago). I've suspected that water froze inside the lock, and so I've applied some water displacer in it (gt85) which has worked last time it has jammed, but not this time. 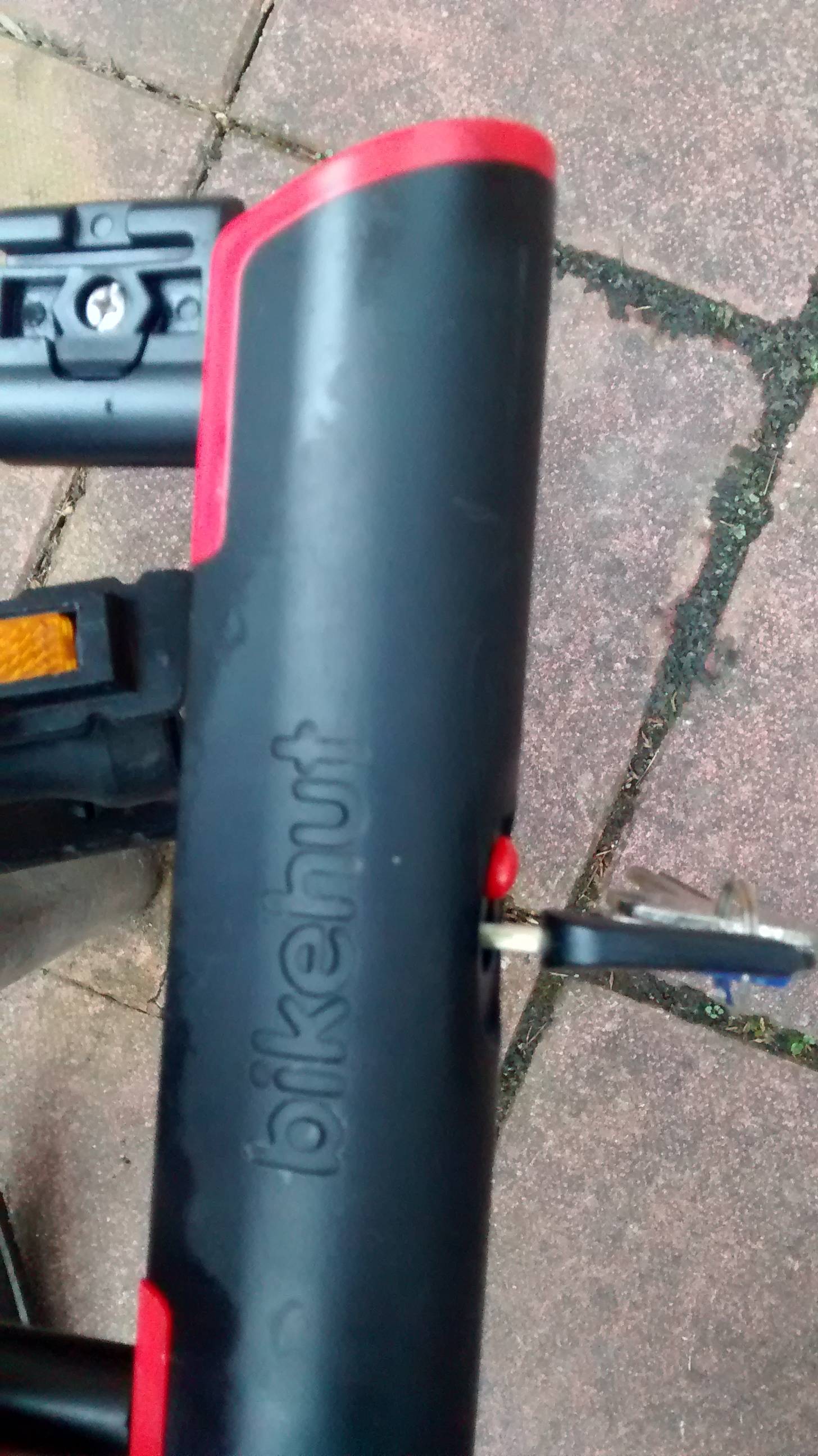 Is there any hope to unlock it if I use a lubrificant? And what type of lubrificant should be used?

I've finally managed to unlock it thanks to the WD-40 penetrating oil, which the bike shop I bought the lock from advised me to use.

I suppose it was getting a bit rusty inside the lock mechanism, that's why the key couldn't turn.

What's the temperature now? If it's been above freezing for a while, lots of GT85 into any opening is a good start, then jiggle the key. If it doesn't feel like it goes in all the way (and is symmetrical) then try rotating 180° before reinserting. Leaving the oil to penetrate also helps. For short-term lubrication, you just want something light and mobile; once you fix it, I suggest you oil it with whatever you use for your chain.

If it's still below freezing, there is such a thing as lock deicer. It's isopropyl alcohol. The problem can be getting it to the right place. This is an effective degreaser, so re-oiling the lock afterwards is a good idea1. It can be hard to deliver enough heat unless you can get power there: a hairdryer (or heat gun on low) can be good, but naked flames are generally a bad idea (especially if you've just doused it in oil/isopropanol). Heating the key or a similar piece of metal can help, but only if the keyhole is frozen, not if the mechanism is frozen further inside.

Where (my) old question may come in is that a good smack with something solid might help anyway try hitting one end , then jiggling the key, the other end, each side...

A note for the pedantic: Yes, graphite powder is better for locks in the general case. But it doesn't keep moisture out, which is why many bike lock manufacturers recommend oil.

13
My key jammed in my U-lock. How can I unlock/break it?
17
How to deal with lock that keeps jamming?
8
Onguard U-lock jammed
1
Key Stuck in bike lock!
5
Removing key from kryptonite lock
1
Broken Key/Lock
4
Trouble with spiral folding bike lock - jammed
3
Lock jammed on bike
5
Jammed lock (shackle stuck in crossbar)