What is the purpose of this rear dropout screw?

I am a long time MTBer who just got my first road bike. This is a photo of the left rear dropout. The screw I'm talking about is the little silver one just above the axle. There is a groove cut into both the frame, and the bushing of the axle, to allow this screw to fit there. I'm guessing its just an anti-rotation device to prevent the axle fastener from backing out (or slipping during tightening), but I have had dozens of bikes of various kinds without this type of thing, so I don't understand why it's necessary.

It also bothers me that it doesn't sit perfectly straight when both it and the axle are tightened. When I start assembling everything it looks straight, but once everything gets tight it actually wedges itself into a slightly crooked state, meaning the actual axis of the screw becomes slightly off parallel with the axis of the screw hole, which makes me think the threads are being stressed unevenly. 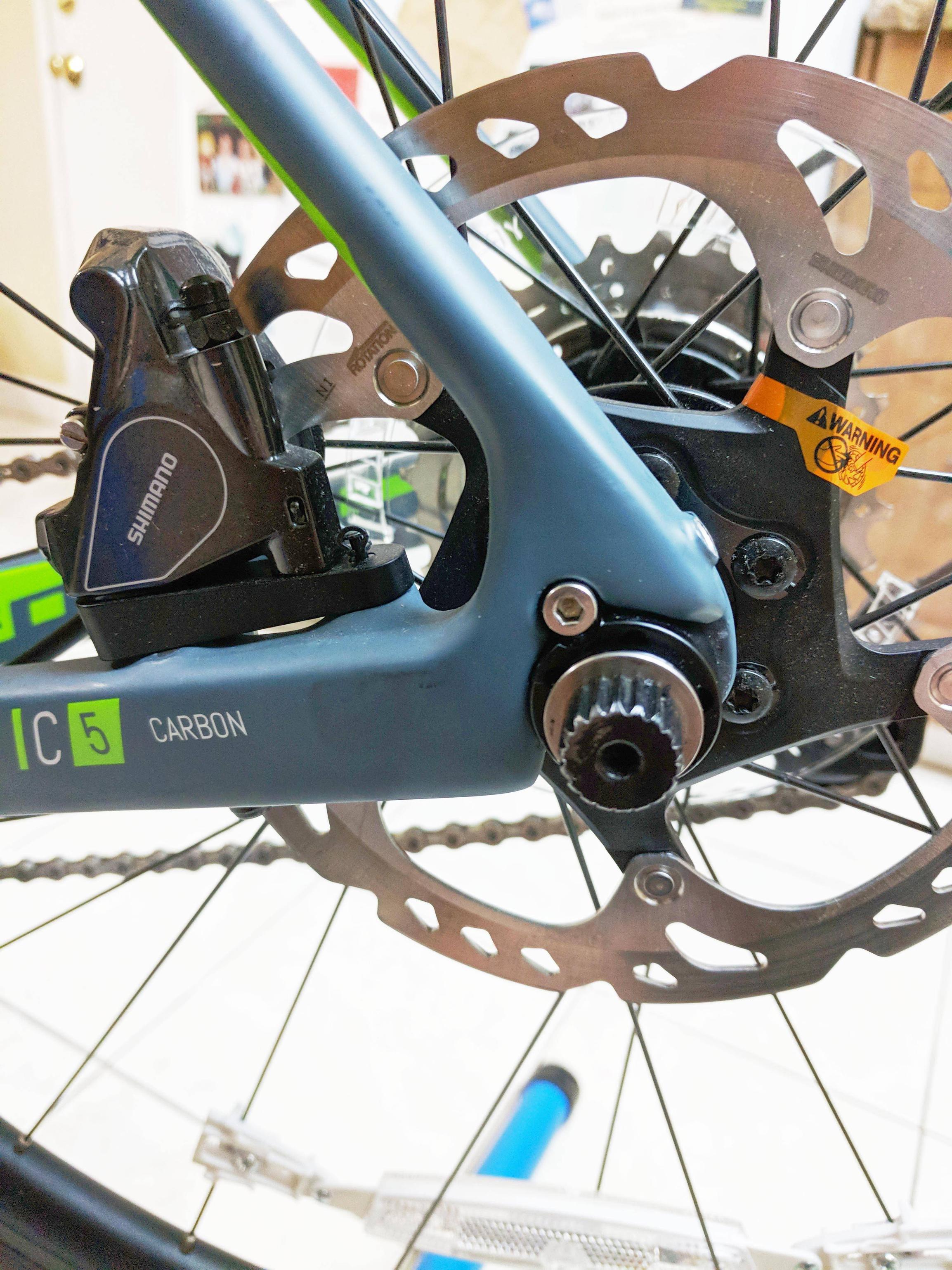 While it has a rotation prevention value, it's negligible really. The Fuji Gran Fondo introduced this system in ~2012. They have a few of their road bikes use this convertible rear axle system.

This system allows riders to swap between a 12mm thru-axle and a 135mm traditional quick release system.
That screw specifically has a female part on the inside of the frame. They pull together through the frame to sandwich the axle receiver (black part in your photo) onto the carbon frame. - This is a common method for attaching interchangeable Aluminum parts onto carbon and is stronger than having a single screw driven into the frame itself. You also have the same on the other side and the sides need to interchanged as a pair. This is a common setup for convertible rear axle frames in both MTB and road.

Now, on the the 12mm setup the non-drive side receiver is round yes. However this side is more of a pass-thru receiver and the axle treads on the drive-side. On that side you have the hanger shape and another off-set screw that actually prevents the rotation as you tighten.

In short, I don't think you will ever be able to get that screw to seat perfectly flush (not 'crooked') with the way you have your axle inserted. By the looks of it in your photo, the axle tread in on the non-drive side at the moment. I would suggest that is the wrong way around. That could attribute to more forces being exerted on that side's receiver than what it's designed for. The carbon on that side also doesn't have any other features to assist with those forces (as oppose to the hanger bevel on the other side). Swapping it over might just get the screw flush, but you can still expect the screw to drift in the hole and not be centered in the receiver.

Also, typically these binding screws are further way from the axle center. So it may also be an effort to compact the design as well.

6
Rear dropout adjustment screws on fixed-gear conversion
3
Tire size / rear dropout incompatibility?
3
What causes frames to break at the (rear) dropouts?
0
My rear wheel shifts in the dropouts, what could cause this?
2
Locking Skewer slipping from rear wheel dropout
2
134mm rear dropout spacing on Al frame
5
Rear wheel not straight because of worn out dropout?
3
Back wheel jumping out of rear dropout with child transporter
2
Rear dropout with adjustments screws of a single speed bicycle
1
Purpose of this screw on my mountain bike's (BCA 29SC) rear dropout/derailleur and how to fix?