I was trying to fix my sisters flat tire to make some money by charging her fees cheaper than the bike shop.

I found the leak to be on the actual valve piece. Near the base there is a small cut looking to have generated from wear and tear. Looking at the bike wheel rim it came from the rim tape was stretched into an oval around the hole, with one side of the metal hole exposed to rub against the inner tube valve (presumably what caused the cut).

Only parts of the rim tape were stuck to the rim so I assumed it was meant to move and completely ran a finger beneath it all the way around... On the opposite side of the rim tape next to the whole where the valve piece is threaded through is a fold where the rubber rim strip has gathered around that side of the hole as it stretched.

I tried putting some tape around the cut on the inner tubes valve stem as a quick fix, but overnight the tube deflated somewhat. Instead of just replacing the inner tube (I assume this would only work for a while given the issue has not been addressed) I was wondering what would be the best fix?

Bearing in mind she will probably only pay me $10.

The best fix is new rim tape, which is not expensive, and the newer sorts don't stretch much around the valve hole. You might still need a new tube.

@Criggie - your answer does fully cover the problem. I can add something from my experience, however.

I'm not using the plastic or rubber rim tapes anymore, mainly because of the valve stem problems the OP is having. Instead, I'm replacing them with this adhesive rim tape (no association with Schwalbe whatsoever): 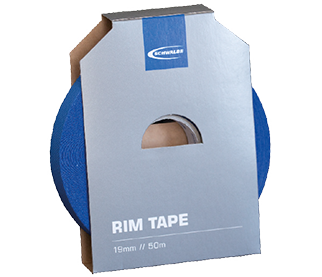 And of course in case of flat tyre I inspect the rim for all burrs and sharp edges - you do it once per rim and you're done for life with the bikes you know.

Fixing an inner tube right near the valve can be tricky, but if you take a round patch, cut a tiny hole in the middle (just to slide it over the valve stem), apply some rubber glue and patch it all around the valve, it should work.

Not the answer you're looking for? Browse other questions tagged innertube puncture frugal valves rim-tape or ask your own question.

5
Damaged rim or just the tube valve?
11
How To Prevent Holes Around The Inner-tube Valve?
2
Does this rim tape need to be replaced?
8
Bicycle's inner-tube got puncture right next to the valve, How to patch it there?
2
tube punctures near valve
2
Why might my inner tubes be getting consistently punctured?
2
Schrader inner tube gets cut by Presta sized hole in rim
2
Diameter of valve hole in the inner wall of the rim
2
Multiple double holed punctures on the rim side of tube
3
Rim tape blows out in the same spot