What's that frame ? I can't find anything about it anywhere 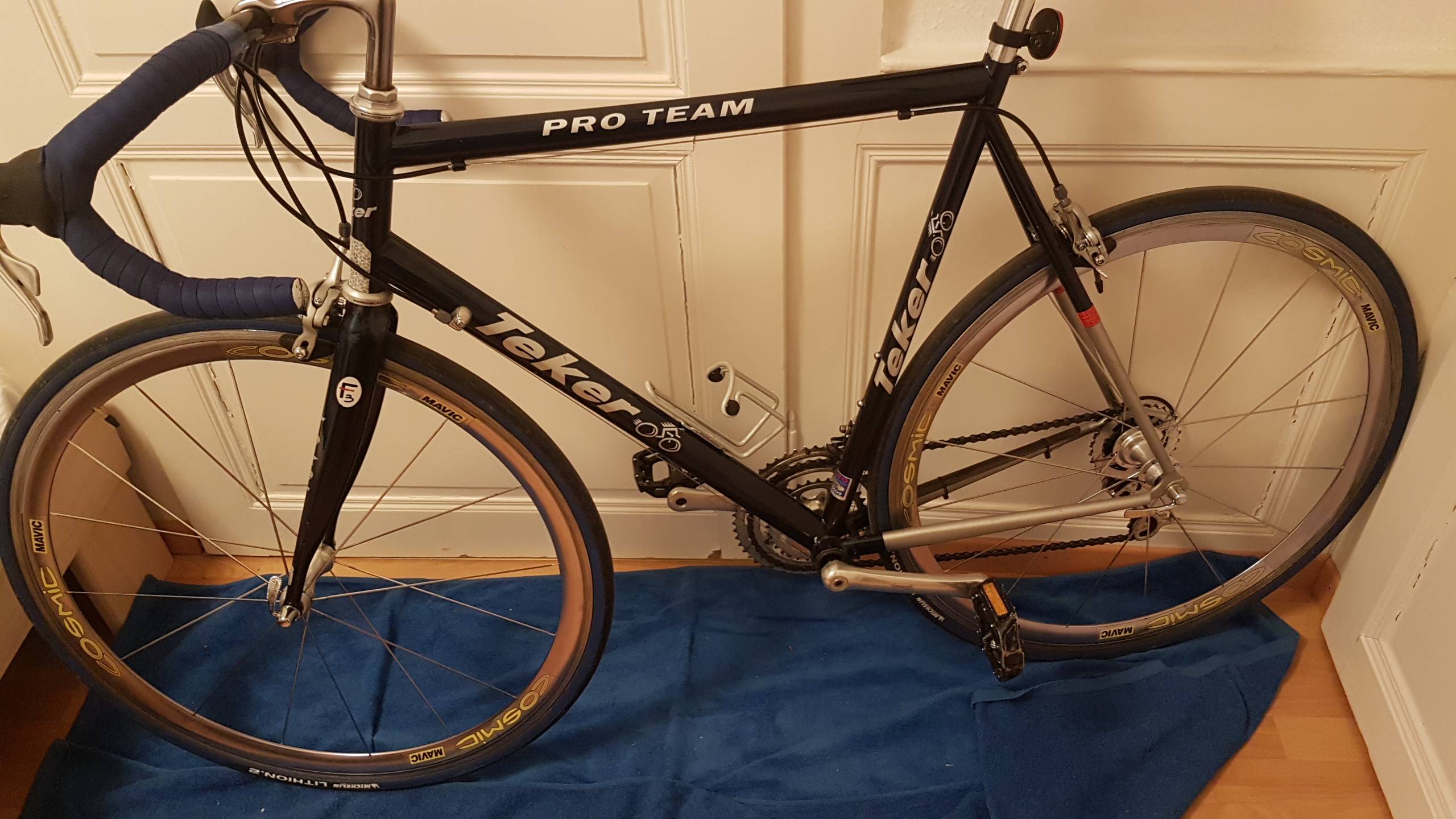 I've got no idea what frame that is, or when it's been made. If anybody knows anything about it please let me know

frames identify-this-bike
Share
Improve this question
edited May 2 '18 at 18:43

"Teker" seems to be a name related to pants and motorbikes. A good google search phrase would be "teker road bicycle -pants -motor"

I found two bikes with the same brand listed - the logo is identical too.

Both have shimano 600 series components, which were released in DuraAce in 1983 and discontinued in the early 90s.

Thing is, your bike looks newer than that - based on appearance I'd spec yours at late 90s through to early 2000s.

Not a good answer, but its a start.

I don't really care to know how expensive/good it is, it's clearly good enough for me. I was just mostly curious about the brand. From what I've read here and there, "Teker" was a Swiss brand that was making custom made bikes. Anyway, thanks for all the comments/answers, I appreciate it.

0
Information about an old frame
12
Name that frame! (Likely Japanese, likely made in 1986, with known serial number, likely a Bianchi)
5
How could I find out about my bicycle brand/model?
6
The Effects of Widening Seat/Chainstays