Does anybody recognize this MTB frame?

I just got this frame for a few bucks and I wonder if it is from a known manufacturer or not. I often find bikes with similar design aspects, but not this frame. There was also a Marzocchi 55 ETA from 2008 sitting in there, so I guess the frame has a similar age. 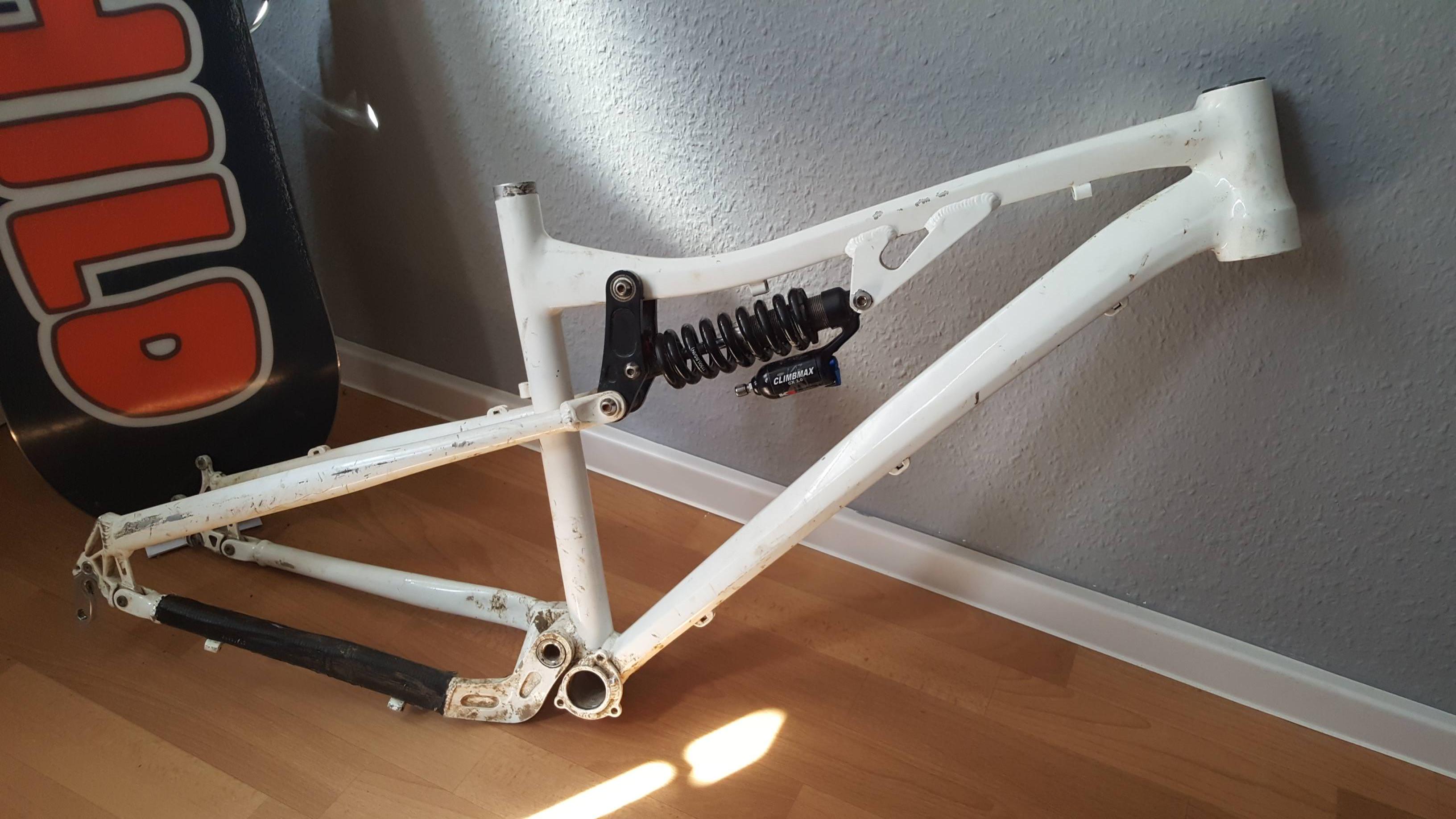 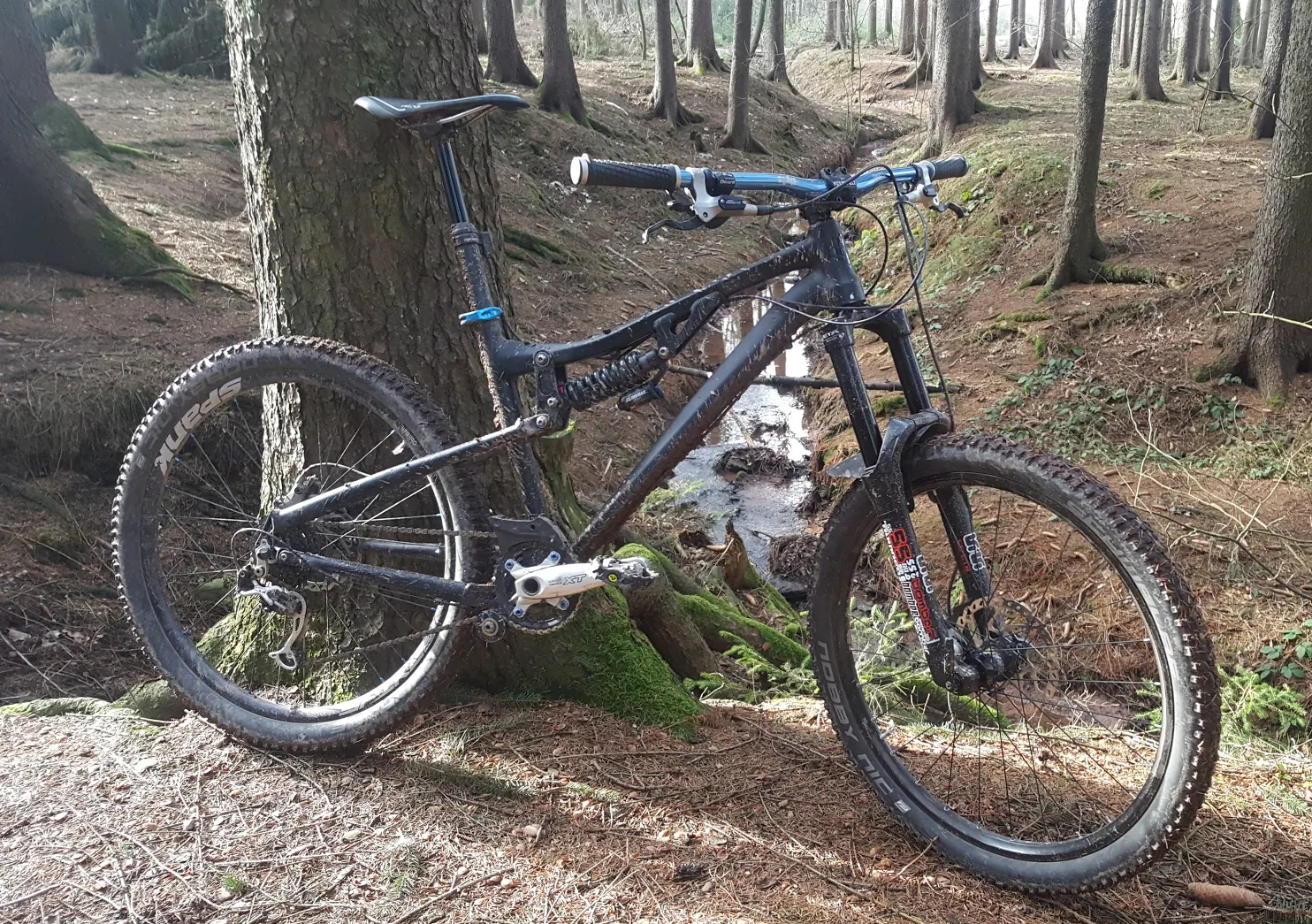 If I had this frame, I would look again at those frames that most resembled it. Rather than a tiny manufacturer that nobody anywhere can recall, it's much more likely that a relatively sophisticated frame like yours is a pre-production model, or a sponsored rider version that differs significantly from the commercially sold model. That's why you can't find that exact frame elsewhere in order to identify it.

I think you've already seen a picture of the descendant or tweaked version of this frame, but you didn't realise the connection, you only noticed the differences.

The frame having no frame number is another pointer to it being most likely a custom-built for a pro rider or being a development model, not a production bike. Some machines in these categories have no serial no. at all, some have a low number, or just initials, or a combination of both, often stamped in an unusual place on the frame.

Someone who was around the racing circuit when this frame was current might remember it - the marks of extensive use seem to indicate that it might have been raced at some time.

Not the answer you're looking for? Browse other questions tagged mountain-bike frames identify-this-bike or ask your own question.

16
Why is it common for cheap bikes to have the frame sawn in half below the saddle?
3
Does the top tube typically open into the head tube?
12
Name that frame! (Likely Japanese, likely made in 1986, with known serial number, likely a Bianchi)
6
Does anyone recognize this titanium frame?
3
Bicycle frame identify HELP
6
Identify this hub (similar to a Sturmey Archer rear internal gear hub w/ drum brake)
6
Where did I go wrong with this frame painting procedure?
2
Replace bottom tubes of Marzocchi fork with rigid tubes?