I have an entry range gravel bike (Kona Rove AL 2017) with disk brakes and the cup and cone front wheel hub shown in the pictures. There is the cone itself that threads on the axle and a top ring that presses against the ball bearings to prevent them from coming loose (see 1st and 2nd pictures for the disassembled bearing). The inner part of this ring is made of rubber to rub against the cone and seal the bearing. Not shown are the lock nuts and washers. 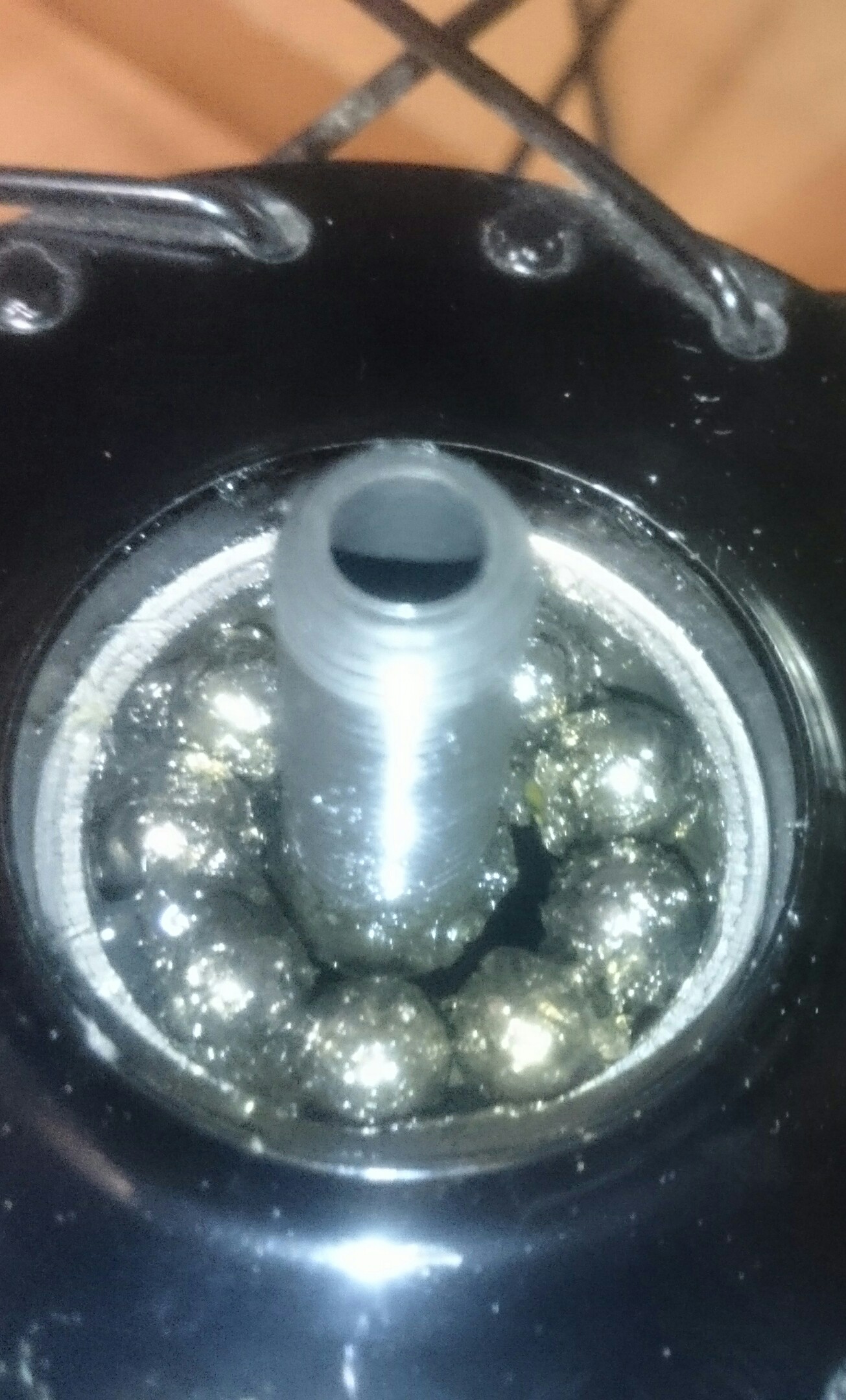 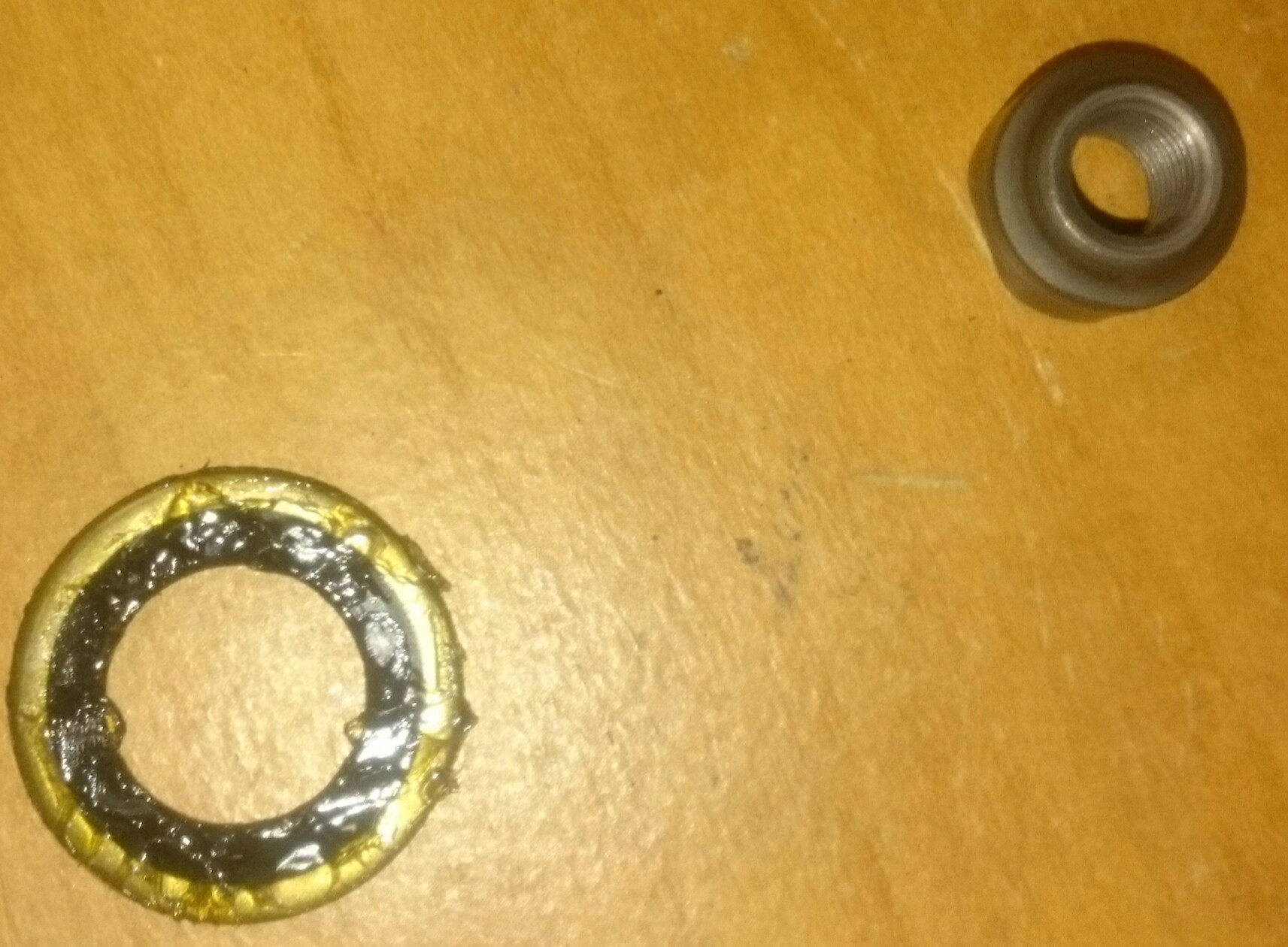 The problem is that braking exerts a rather big lateral force on the wheel that slowly forces the ring to the outside, which in turn causes the bearings to have a lot of lateral play.

How do I deal with this? I thought of changing this setup to one where the cone actually overlaps and presses the ring into place, preventing it from coming loose. Alternatively I could buy a tool to hammer cartridge bearings into hubs and periodically "tighten" the rings. This would be a pain since I think their inner diameter would not fit the cone nut, forcing me to disassemble the bearings each time.

Edit regarding the misunderstandings on the comments and answers so far.

Let me explain better how my bearings are composed:

The ring fits very tightly into the hub hole (as tight as a normal cartridge bearing fits). This ring moves tight with the hub and rubs gently against the cone to prevent dirt from coming in. The ring is held in place only due to how tight tight it fits the hub - there is nothing preventing it from moving to the outside if a lateral force is applied from the inside. The cone itself does not overlap this ring (see 3rd picture). 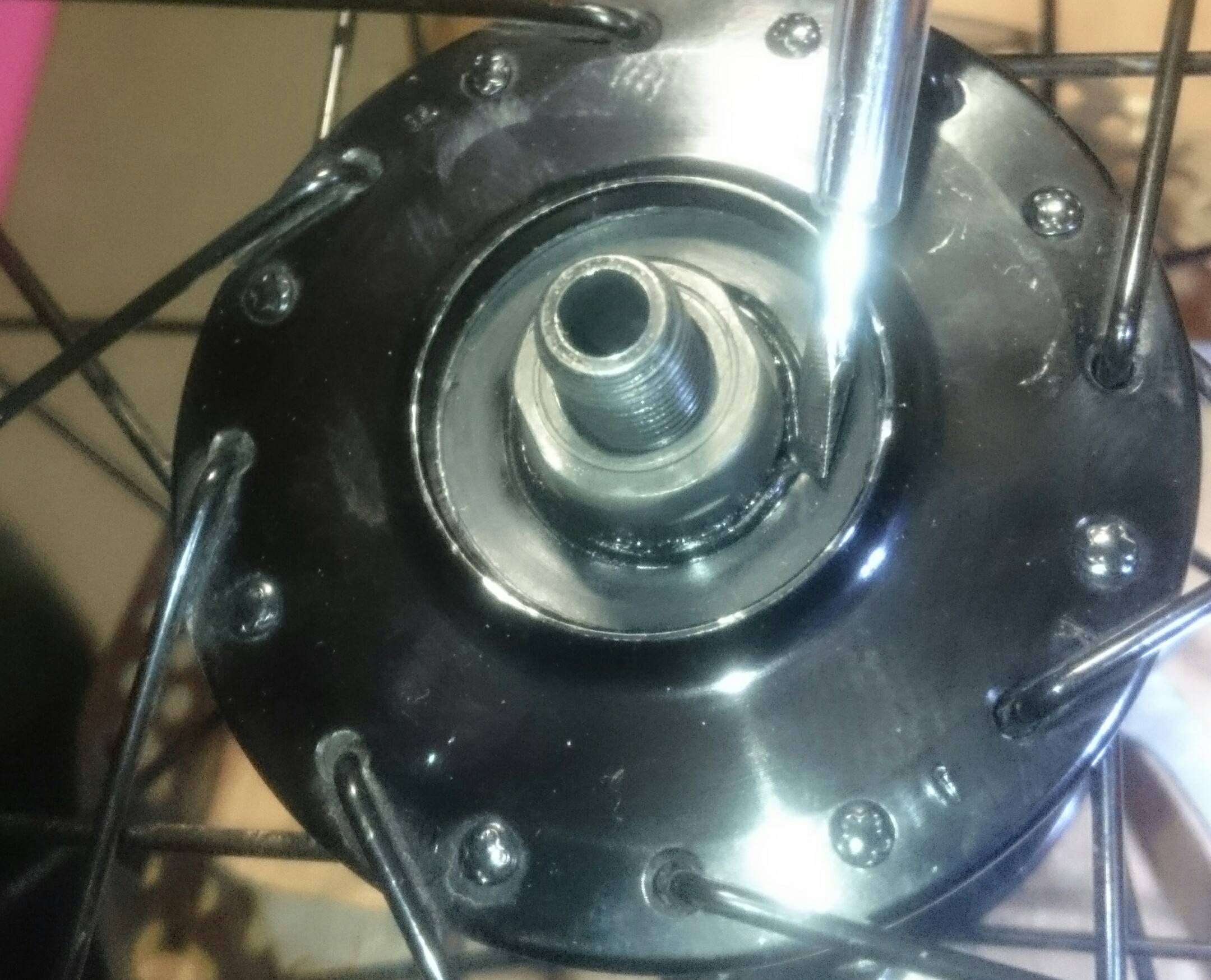 Due to the disk brakes on this bike a lot of lateral force is exerted during breaking. In this bearing setup, as I noticed recently and tried to explain above, if the lateral force applied is strong enough it overcomes the pressure of the tight fit and the ring is slowly moved out (the cone remains always in place, since it is screwed).

Now if this ring does not sit tight to the cup and balls they have play and so does the axle in relation to wheel.

How do I know this is the root cause of the problem? I bought the bike new about a year ago and its front wheel slowly built up lateral play under braking (which in turn induces fork vibration - but that is another story). This lateral play reached about 2 cm at the tire before I decided to inspect the hub last week and noticed the rings were not tight to the balls. After I pressed them again against the balls the play disappeared.

I should also mention that I had the bike inspected twice by the mechanic in this year, explicitly complained about deteriorating fork vibration and wheel play (since then I did not knew the root cause of it) and was told it was normal and still safe to ride.

The cone holds the balls in place.

The locknuts (not shown) keep the cones in place.

The grease seal has no effect on the tightness of the bearing.

If your cone is moving, you have not tightened the locknut against the cone (or it has been omitted).

You need a cone spanner (thin spanner) and a second spanner, to tighten the locknut hard against the cone.

It is a bit tricky to tighten cones - or more accurately, you will find yourself having to redo it a few times to get it correct. Correct is when there is a tiny amount of play, that disappears when the quick-release is tightened. Check for play after a few days, and readjust if needed.

Not the answer you're looking for? Browse other questions tagged maintenance disc-brake bearings or ask your own question.