What to call bike brake levers with two gripping points?

I have a Schwinn Letour bike which has brake handles that can be gripped from two different points, but the whole brake handle is a singly body of metal, as can be seen here: 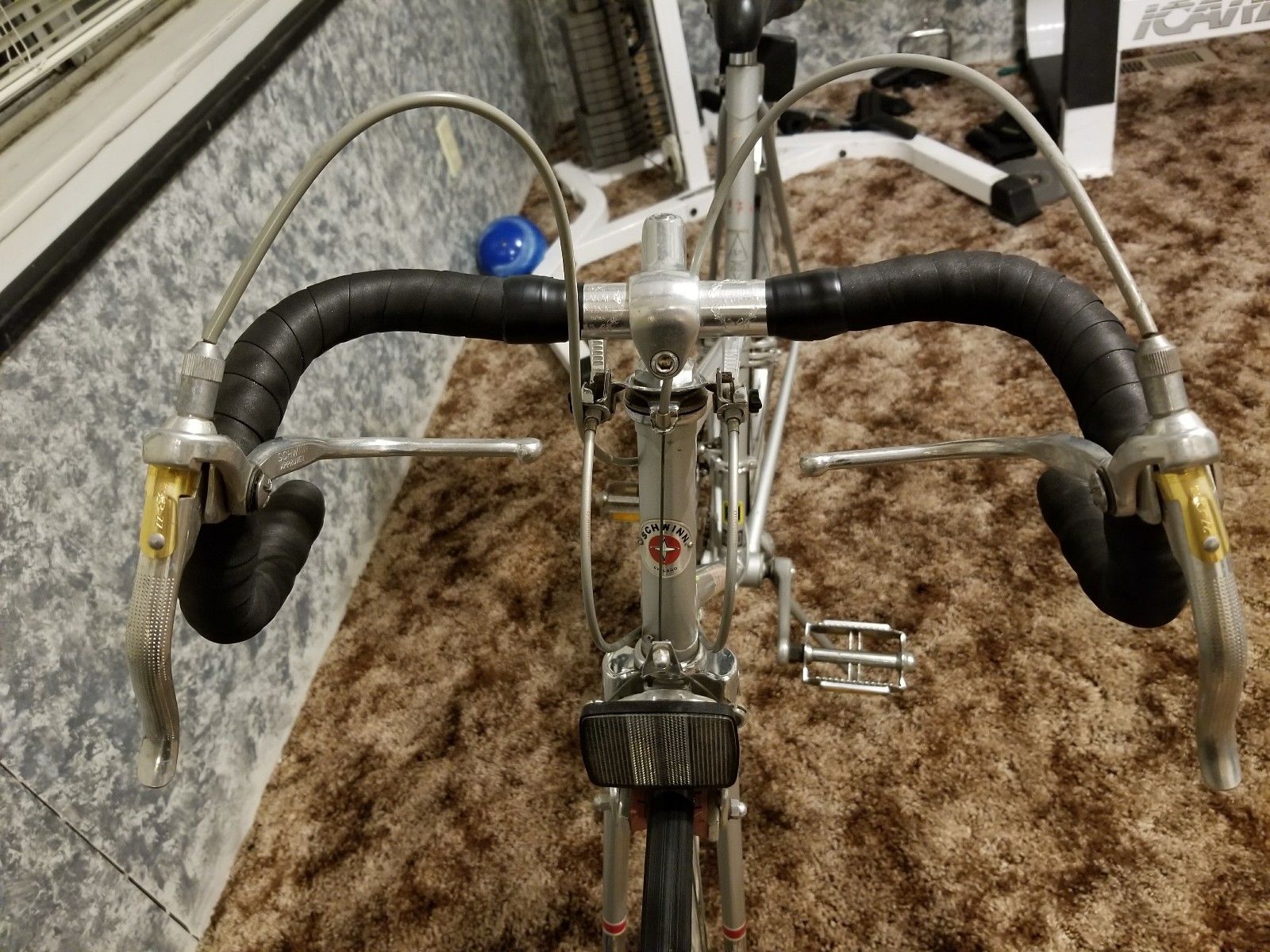 I am wondering what this kind of brake handles are called?

I was hesitating to flag this post as a duplicate of Why don't brakes come with 'Safety Levers' any more?, but the other post is rich in the names of those "dual-pull" brake levers which in fact answers the OP's question.

So the names are:

I hope this gives the OP enough possibilities to chose from.

It's just worth mentioning that there are modern levers that serve the same purpose but are much safer. If you're trying to emulate the setup above you shoudl use the new products.

They are known as cyclocross or interrupter levers and are discussed here and here. Other names include crosstop and inline.

Those are drop bar brakes, with an auxilliary brake lever for the tops.

They are also known colloquially as "sissy bars/levers" for people who can't or won't ride on the hoods.

Some people refer to them as "suicide brake levers" because they don't brake as well as the hoods directly.

They are not brifters, or STI, or ergo-anything. Those are purely brake levers and have no function of shifting at all.

Where would you find them? Bike-Boom bicycles would be a prime candidate, dating from the mid 70s through to perhaps the late 80s.

Racing bikes would not have these - they would lack the boss on the brake-lever body.

Your pictured bike is a bit of an abberation too - the brake is not a caliper, it seems to be a cantilever with a fixed mount point at the top of the headset. Most boom bikes would be a simple single pivot side pull caliper.

Not the answer you're looking for? Browse other questions tagged brakes brake-levers terminology drop-bar or ask your own question.

49
Why don't brakes come with 'Safety Levers' any more?
6
How do I make a road brake lever work alongside a mtb brake lever
10
Do cyclocross/interrupter/touring brake levers reduce brake performance?

14
Do brake cables become more elastic with time?
3
Single pivot brake with handlebar levers (Resurrecting an old Colnago)
10
What was the rationale for reverse brake levers?
10
What is the problem with adjusting brake levers to end their travel “too close” to the handlebars?
5
What are cheap options for an extra set of brake levers for mechanical disk brakes?
4
Fix pushchair brake wire with balls at both ends - can my idea work?
2
Road bike shipped with one of the brake cable heads disconnected from the brake lever
6
New front fork has steel caps on V-brake mounts - can these be removed to expose threaded mounts beneath
7
Brake levers for riding in upright position