I tired to replace v-brakes on my random cheap frame as spring regulation things started to fall apart. For replacement I picked front+rear set of Shimano BR-T4000 v-brakes because v-brakes are so simple and compatible with each other, right? 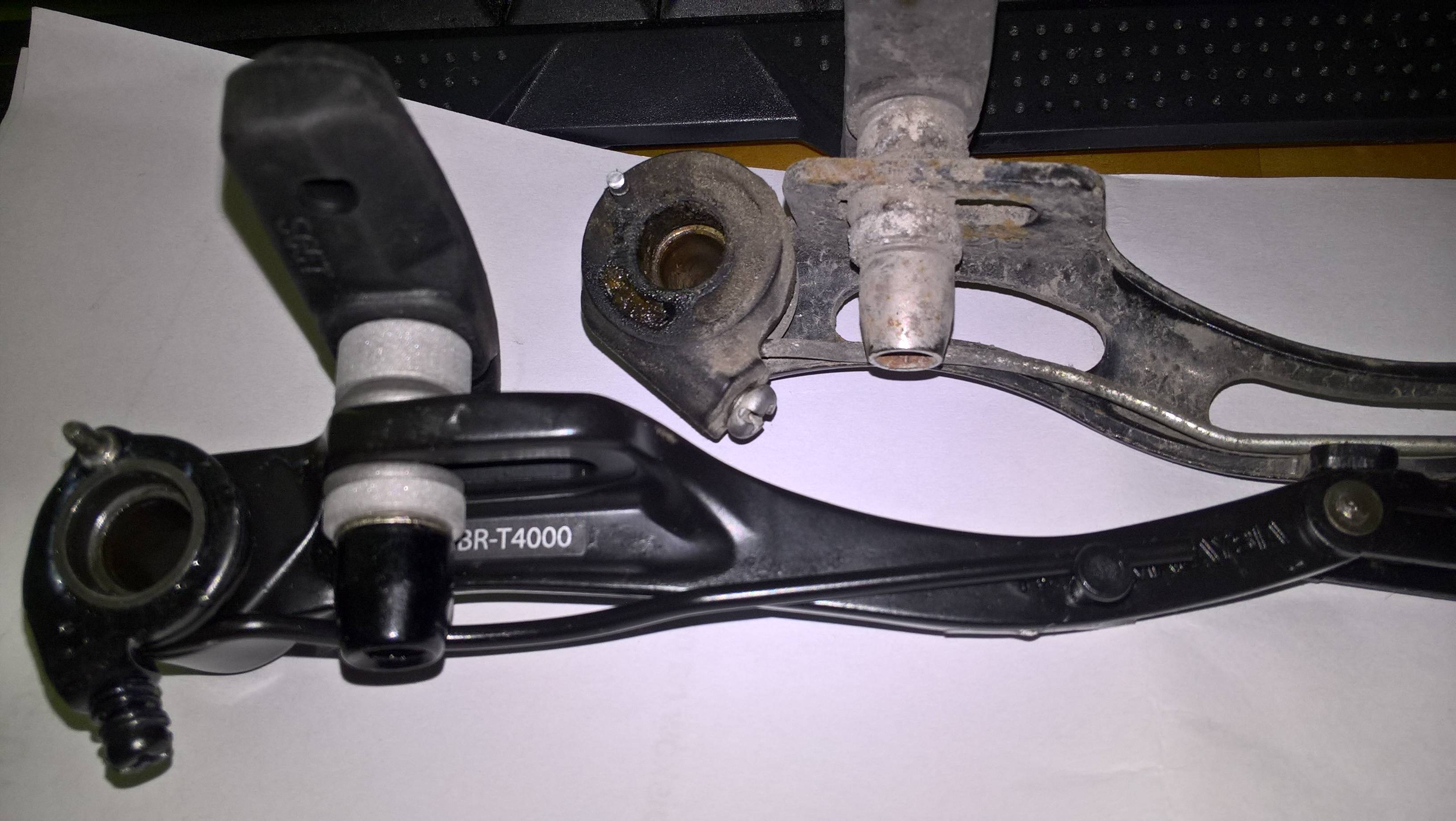 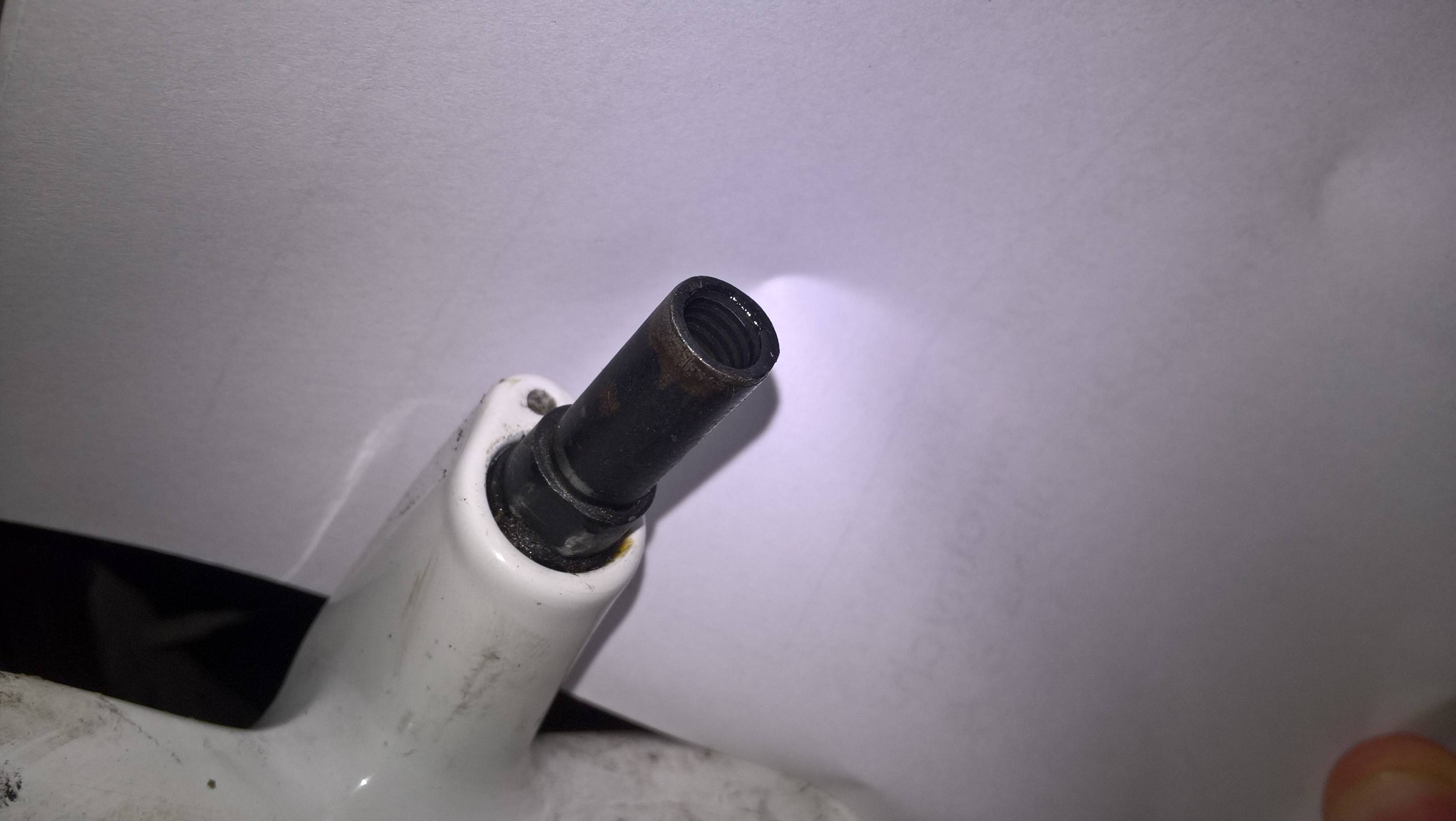 shallow hole (about half of old ones depth) in new brakes prevent them from fully setting in, which also causes that spring spike(?) to only go halfway in 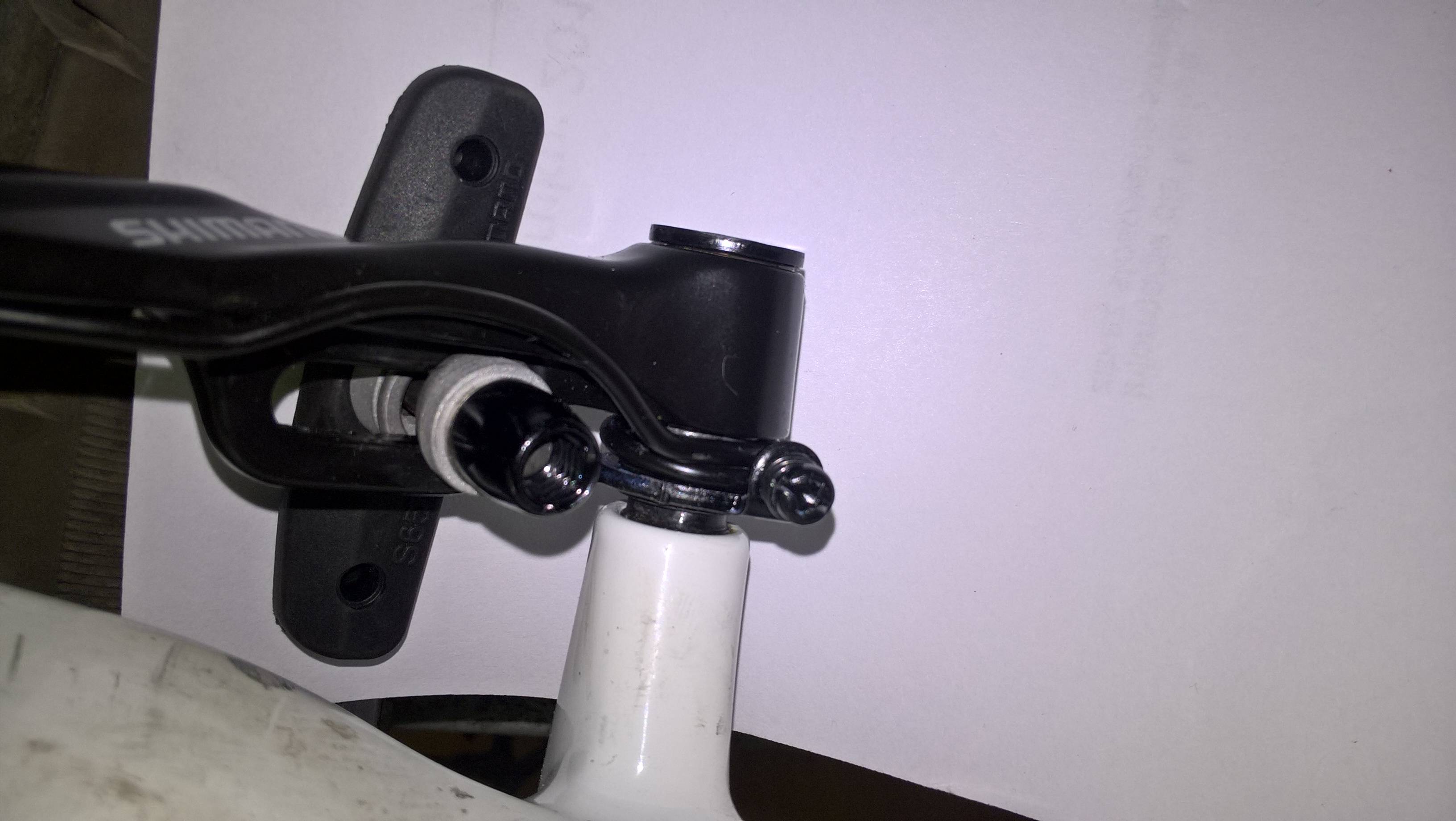 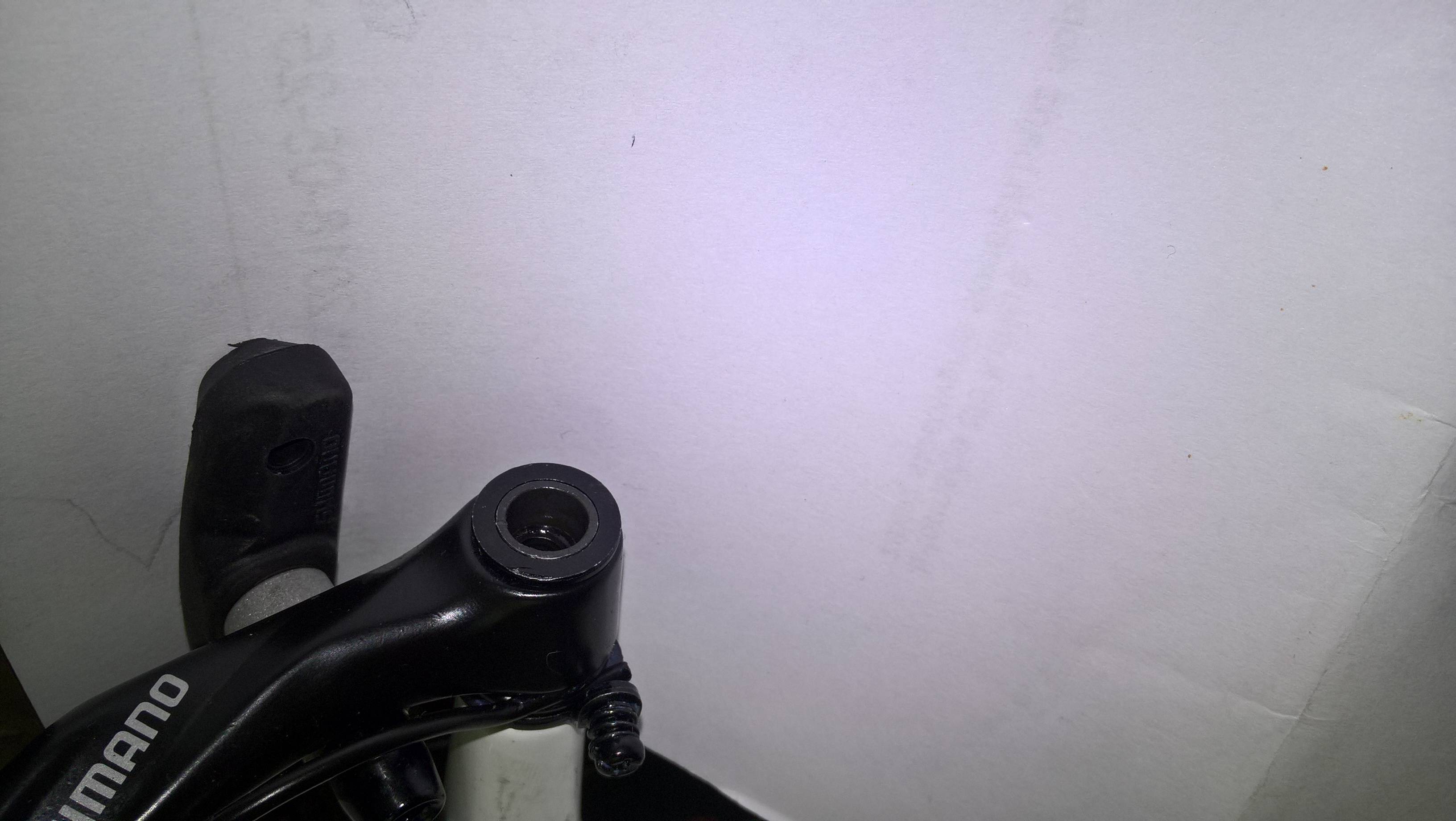 Fork is aluminium (or at least not reacting to magnets). Pivot stud is steel, but does not seem wrench-friendly as thick part is oval instead of segmented. Random old non-name v-brakes I somehow had on shelf are perfect match, and all around Internet I only see studs same as one I have.

Are new brakes broken/malformed/fake? Get another brakes? Use adapter part? Or should I just get new fork with replaceable studs?

When compared with clean classic cheap v-brakes difference in depth is more visible: 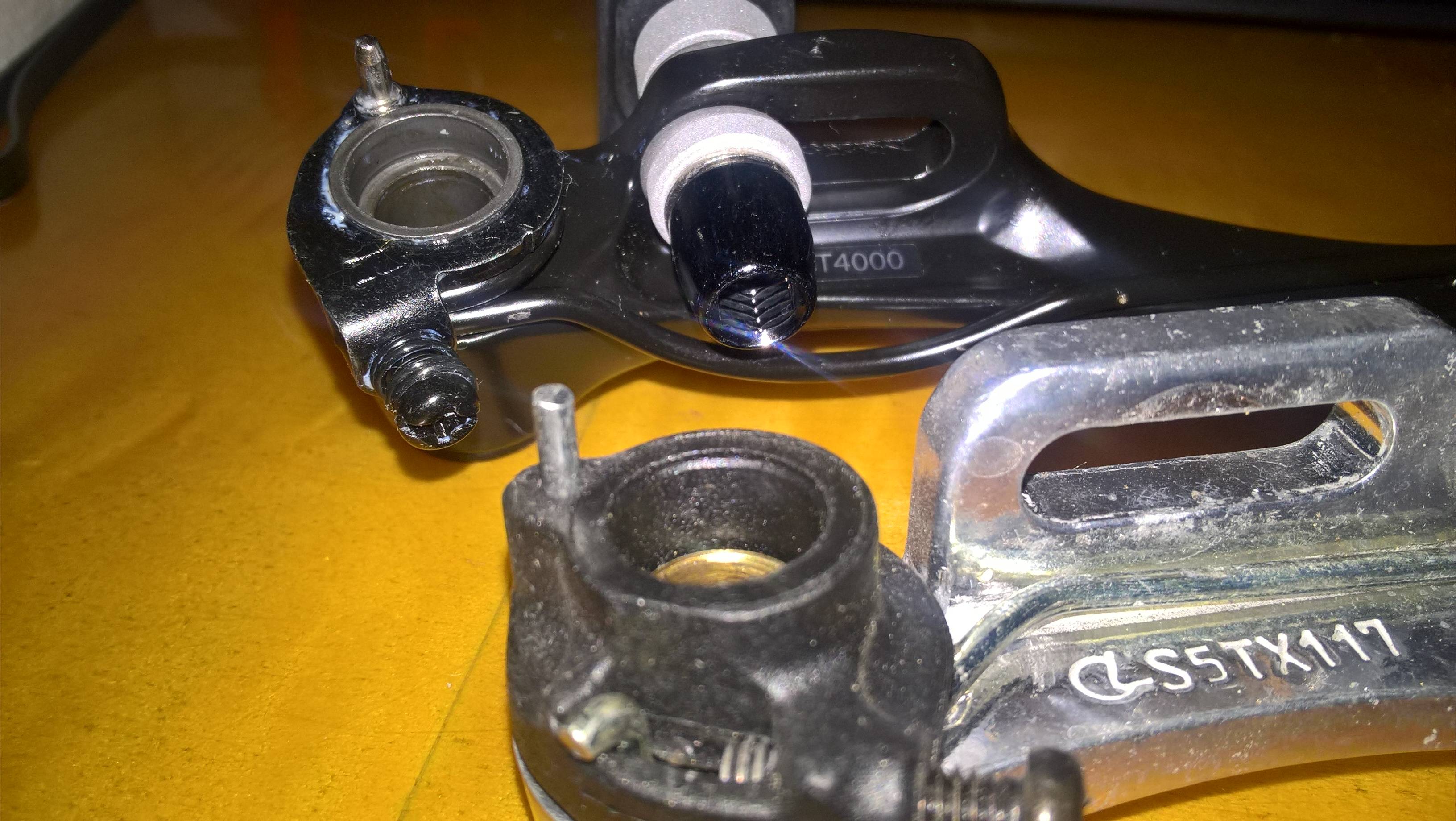 Length of bore in oldies is ~2cm while new ones are ~2.5cm, wider part is respectively ~6mm vs ~3mm.

Not the answer you're looking for? Browse other questions tagged brakes shimano fork replacement or ask your own question.