Earlier this year I acquired a second-hand Cannondale Trigger 2014, that was used just twice but standing around for quite some time. Today I wanted to change some things about the cockpit and as a part of it, tried to remove the grips. Not having seen any "sophisticated" end plugs ever I just untighted all screws and then tried to pull the grips and endcaps free - no luck. With admittedly few thoughts I kept turning the middle screw and managed to get it out all the way. Only later did I realize I probably shouldn't have done that. I can clearly hear the counterpart moving inside the handlebar. On the second grip I tried to do it right, but that just results in the middle screw being loose, the counterpart still being connected, but it's still mysterious how to get the entire plug out. The screw is the only thing I can pull on, but that just pulls in the counterpart and expands the plug, i.e. getting it stuck even more.

I can't find any specific details online or in the manual about this handlebar plug/cap or even any instructions, how to "normally" remove those types of plugs. I know options to remove them destructively, so that's not what I am looking for.

In "normal operation", how would you remove this handlebar end plug? 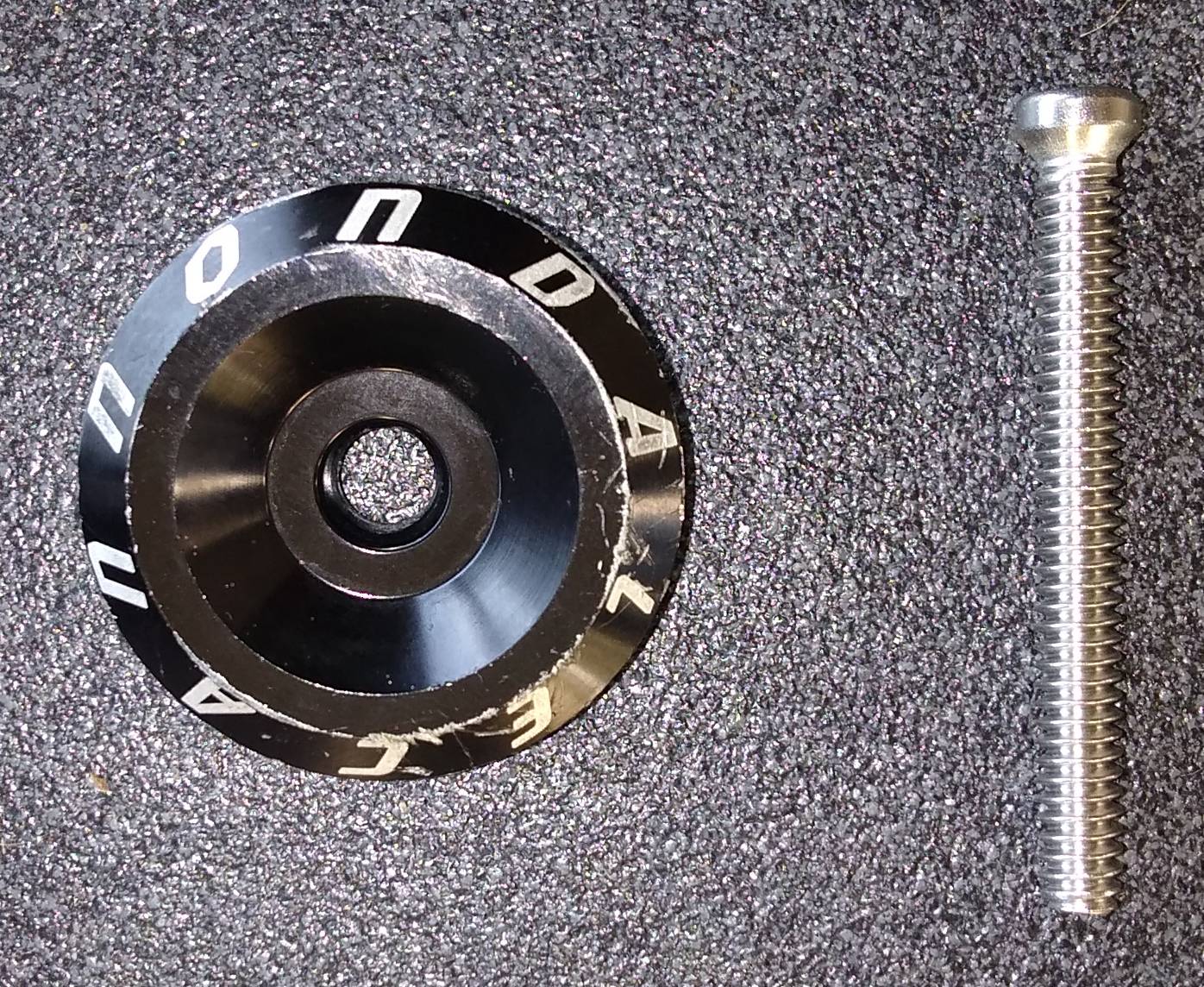 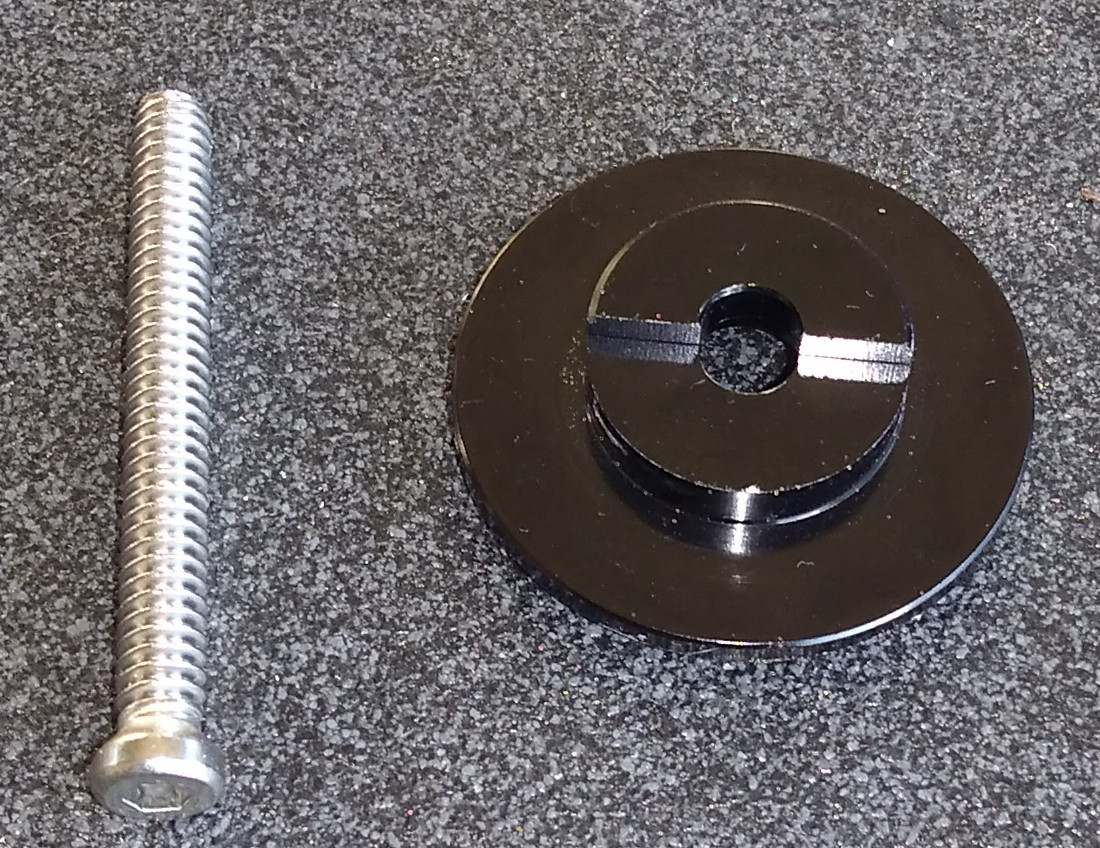 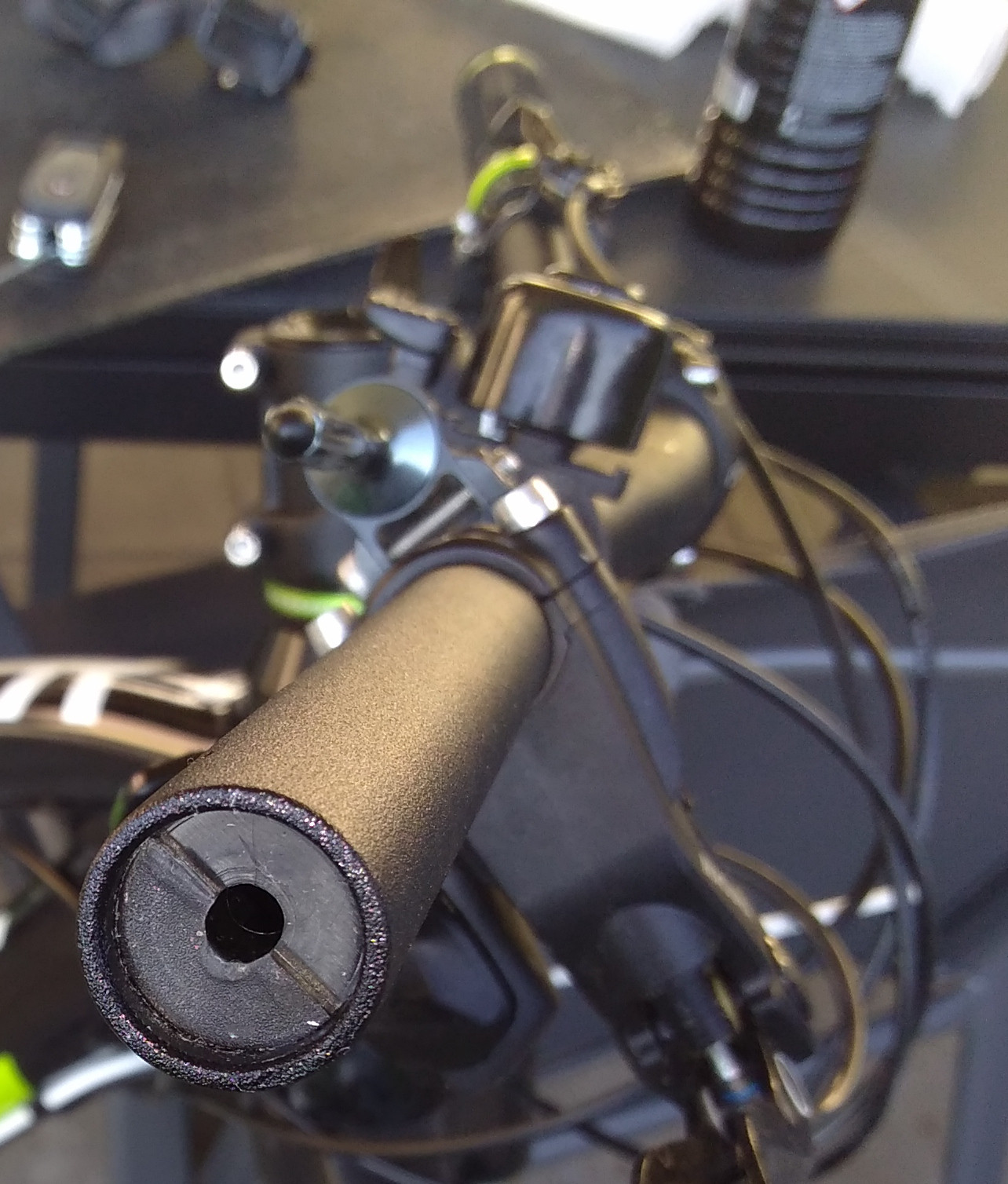 I went ahead and removed the end where the screw was already out forcefully, meaning putting two screws into the side walls of the plug and levering on them with pliers. Once the plug reached out of the handlebar, I couldn't lever anymore and just pulling didn't do the trick -> abused a wood drill bit to mill away enough material that pulling worked. Weirdly enough, there wasn't any clear signs of the device being "abnormally" stuck.

The principle is simple: A split shaft is extended by pulling in a cone like counterpiece to the screw. To undo it, you need to untighten the screw, then push it in to release the cone. The cone has at two points protroding features, which when not aligned with the slits in the shaft prevent it from extending the shaft. So if slightly turned, you can pull on the end cap to retrieve the entire thing. You can use the loosened grip to have a better handle while pulling. If, as in my case, that isn't enough force, use a flat plier to go in between handlebar/grip and end cap and lever the entire thing out.

TLDR:
If you have this end cap, replace it asap (or regularly remove it, maybe that helps). If you have any other cap with a screw in the middle (likely expansion type), I'd advice testing to remove it and if it works fine, hope it will work fine again once you need to remove your grips. If it doesn't work fine, replace it (it will be trash anyway). 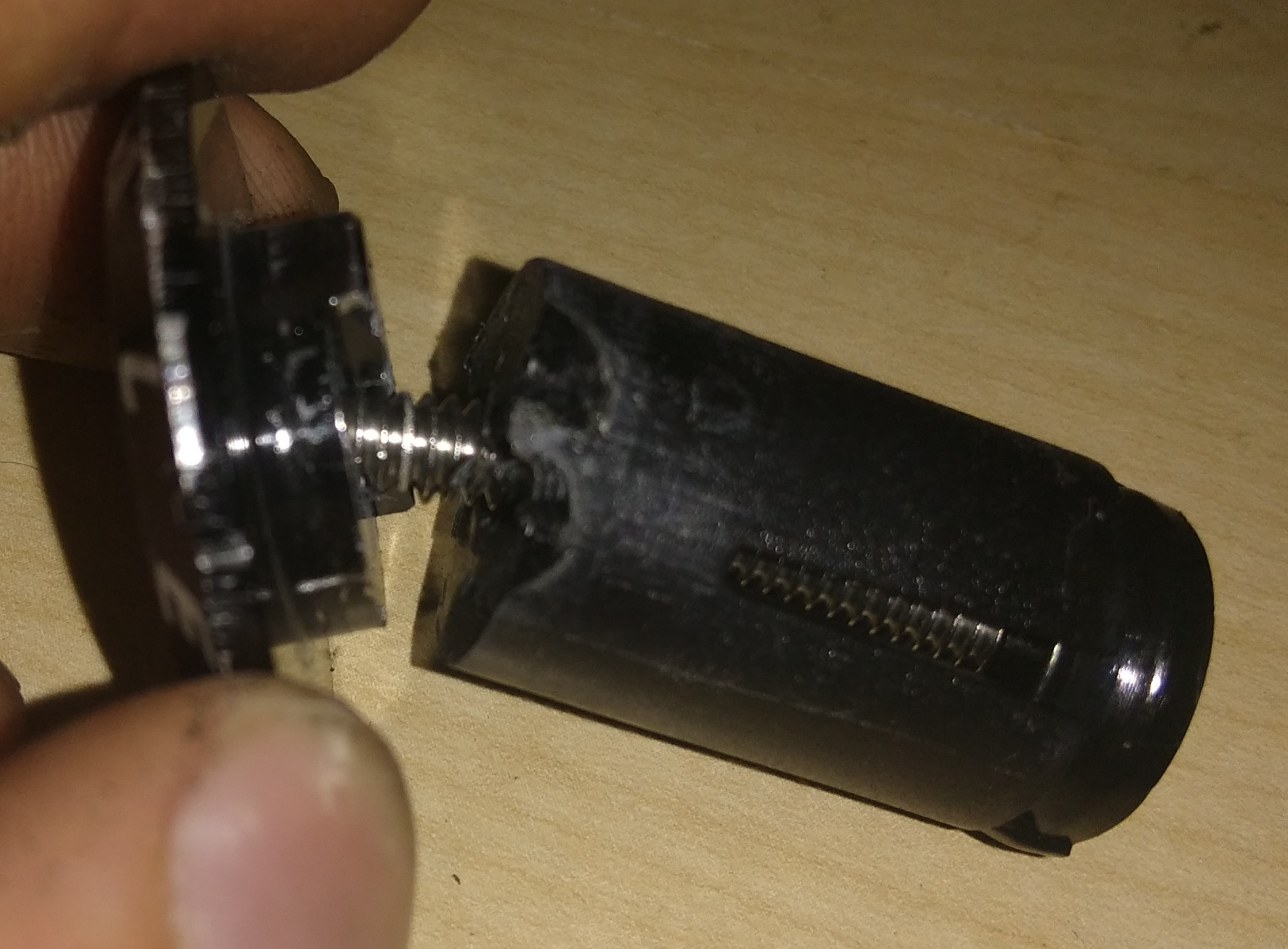 Normally one would undo the bolt until it is loose then just pull or lever the whole unit out by the end-disc.

What you did is unscrew the bolt all the way, so the wedge fell off and is now rattling around in the bar. You cannot of course re-thread the wedge on the bolt.

The plastic plug is probably not stuck in the bar very firmly, you just need a way to grip it. Any tool that has a hooked end that you can insert through the bolt hole will probably get it out. You could probably fashion a make-shift tool from coat-hanger wire with a pair of pliers.

If the plastic plug is really stuck, and cannot be easily pulled out: you may find that you just need to break the adhesion between the plug and bar. Try gently tapping the plug in slightly with a punch (or screwdriver, length of wood dowel etc) and hammer.

Penetrating oil such as WD-40 may help, as may heating the bar with hot water or a hairdryer.

Not the answer you're looking for? Browse other questions tagged mountain-bike handlebars or ask your own question.

3
Bar end brakes and handlebar swapping
5
How to stop handlebar from creaking
9
Does handlebar tape go inside the bar, under the bar-end shifter, when using bar-end shifters?
7
How do you make the handlebar stem straight?
1
Rear V-brake pivots (cantilever studs) asymmetrical on Specialized Hardrock XC 2004 - how to fix?
6
How to measure handlebar diameter?
2
How can I find the perfect handlebar height?
1
(Dis-)Advantages of “push-in” to expandable handlebar end plugs
1
How to get the fixed part of a bar-end shifter out of the handlebar when it is stuck?
8
How to tell if my handlebar is really too long?