How to fix tyre issue - rubbery sounds when riding

I don't know much about bikes at all. I have this bike which I was ideally going to use tomorrow for an journey but I think that I may have to use other transport now. I haven't used it in a while, and I know it had issues in the past with the chain slipping when trying to change gears.

I read online about how to fix this and then I noticed that the front tyre looked flat, so I inflated it, but when I rode on it to test it, the tyre makes this loud rubbery sound, I have no idea why. Its a mountain bike and I read that it was supposed to have about 1cm give when squeezing and it feels right. But this sound makes me think that something is really wrong. I have recorded how it sounds in this video. Please help. Is the tire broken? I have a photo attached too. Thank you. 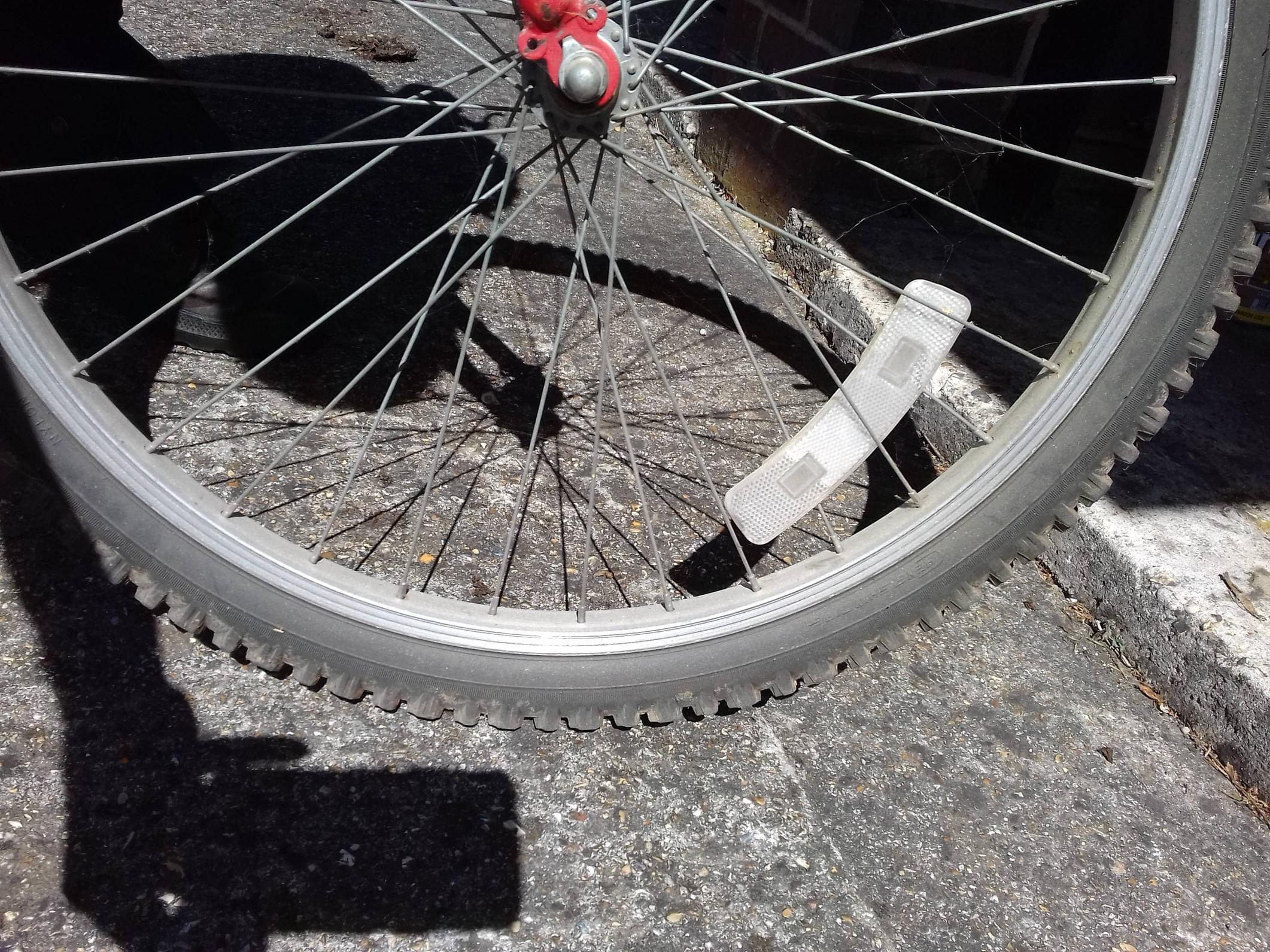 It sounds like a combination of two things: your tyre is under-inflated (1cm give seems like a lot) and it's also pretty knobbly.

To solve the first problem, pump them up a bit more! There's normally a range shown on the side of the tyres (often it's hard to find, but it's nearly always there), so somewhere in that range would be a good start. If you'll be mostly riding on roads or paths like that shown in the video, towards the upper end of that range is best; if you're doing off-road, try a little lower. Don't be afraid to experiment. You will need a pump with a pressure gauge to get the best results (it's a good investment for the future anyway), but otherwise put some more air in both tyres, and see how that feels; normally you'd ride with about the same pressure in front and rear tyres. I ride a road bike with smooth tyres, and if there's any give at all, I know they're drastically under-inflated! One advantage of higher pressure is that it makes you less vulnerable to the type of puncture known as the "pinch flat".

The tyre itself has quite deep tread (ie, it's "knobbly"), so it will be noisier (and less efficient) than a smoother tyre. Whether it's a good idea to swap your tyres for something a bit (or a lot) slicker again depends on the kind of riding you'll be doing. Generally, the smoother the surface you'll be riding on, and the longer the distance, the smoother the tyre you'll prefer. For tomorrow's journey, you'll probably be fine with these tyres.

15
What is the proper way to store tires to prevent cracking?
4
Stud Tyres - fixing the spikes on new tyres
12
What are the consequences of riding a bicycle tire backwards?
1
Tyre bulge when inflated, new
2
My new mountain bike tyres with presta valves do NOT inflate
3
Mountain bike tyres unreliably lose and keep pressure?
8
How to best quick fix worn out tyre
2
What's the point of tyre boots?