How to improve braking with hands on hoods?

I have gravel bike for around 3 months now with mechanical disc brakes and one thing I have problems with is braking. When I ride on drops (which I do rarely) I can brake well -- I pull the brake lever by its bottom end so I can even lock the wheel.

However with hands on hoods I cannot reach the far end of the lever so I have two fingers close to rotation axis of the lever. As the effect I can pull the lever slightly but not to such degree as riding on drops -- as the effect I am slowing down but not really stopping, I cannot execute emergency stop for example.

Which of course worries me. So is there some trick I didn't figure out? Or there some levers with different shape which help braking on hoods? 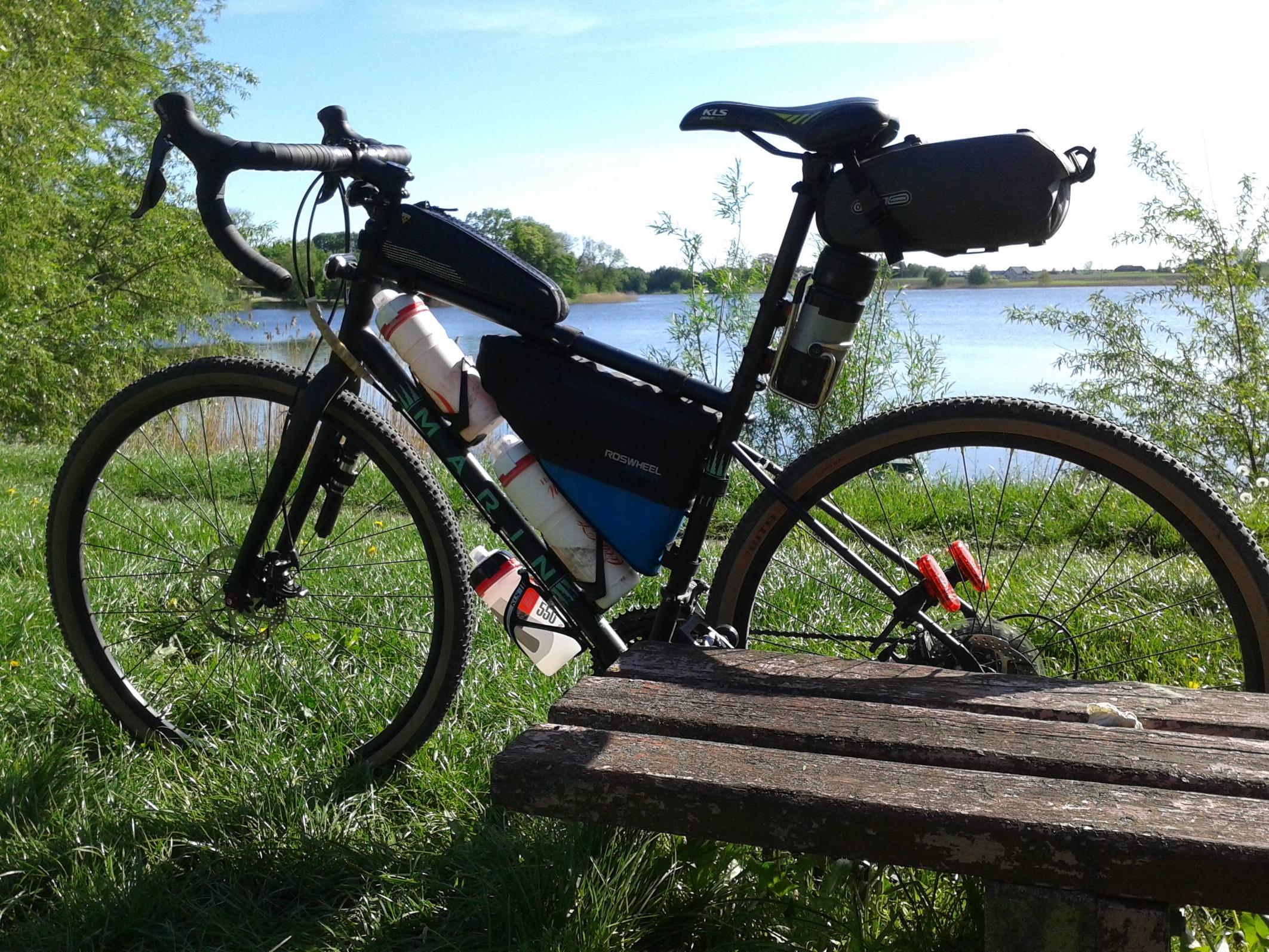 There are a lot of factors that can affect brake effectiveness, how you set up your handlebar (ergonomics) can be one major component. These include:

First thing to try is bend your elbows which will lower your face. This will allow the fingers on the hoods to reach a bit further down the levers.

Second suggestion - the hoods look to be angled up a bit, like cowhorns. Personally I'd prefer the top of the hoods to continue the horizontal line from the sides of the handlebars. That would mean untaping the bars, sliding the levers around the curve a bit, retighten, and retape the bars. As a quick test though, you could loosen the bar/stem bolt/s and rotate the bars a wee bit, but straighten them up again if you do the retape.

Not the answer you're looking for? Browse other questions tagged road-bike brake-levers gravel braking drop-bar or ask your own question.

0
Can you brake and operate gears at the same time with MTB Dual Control levers?
10
What is the problem with adjusting brake levers to end their travel "too close" to the handlebars?
3
How much cable can I pull with a brake lever in another custom mechanism, and how can I achieve it?
1
Hydraulic Disc Brake (how to choose correct model)
2
New disc-brake, rotor, pads; terrible braking performance
5
What and where is the weeping port on Shimano MTB brake levers?
1
How to reduce brake lever rattling sound at the pivot pin either by a fix or by replacement?
14
Can't get enough braking power after lots of adjustment
2
How and when should one use the "On the drops" position on drop handlebars?
2
Why do my side pull caliper brakes work better with linear pull levers