Have a bicycle with sram rival shifter and sram gx mech which I recently changed handlebars on with new gear cable. There is supposedly a 1to1 ratio here however the shifting performance is not great. I can at most use 10 out of 11 gears. My theory is that there is something which flexes in the gear line that cause this problem.

I don't think there any issues with my mech hangar as it worked perfectly a few days ago with another shifter.

Any other things that could be the culprit? Or tips to how to find the issue?

I just wrapped the bars with new and expensive handlebar tape so if possible I'd like to keep that untouched ;)

Edit: Began from scratch and changed the cable. However the problem persists.

So I'm getting clueless now, only thing I haven't checked is the mech hangar alignment with the dag tool.

Seems like the issue now is gearing from the fifth to sixth cog.

Gears worked perfect on the older handlebar with an xo shifter. However since then I have changed the cassette and chain as well.

What's my next move? Can't let the bicycle win. :)

Gears worked perfect on the older handlebar with an xo shifter.

XO shifters were 9 speed and were matched with derailleurs that used the "SRAM (1:1)" actuation, which is a pull ratio of 1.1.

SRAM rival 11 speed shifters are part of SRAM road series which all use a rear derailleur pull ratio of 1.3. (Yes 10/11 SRAM road derailleurs are interchangeable.)

SRAM Rival road shifter matched to a "SRAM (1:1)" rear derailleur will never work properly due to the difference in pull ratios.

Check your cable routing, have you found the right hole? This pictures the correct routing of the inner cable and pinch bolt on a Rival X1 11 Type 3 Derailleur, but this does appliy to other derailleurs from SRAM, both front and rear, mainly road though this no longer holds I think. 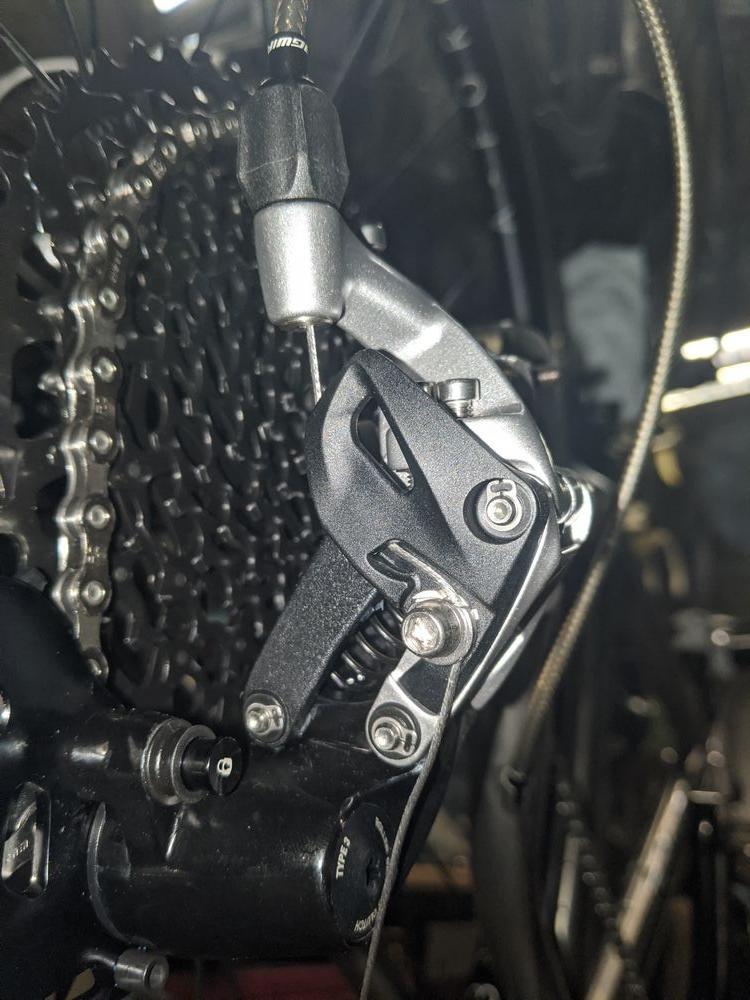 I suspect there's a lot of people out there like this, but it's easily missed and poorly signposted error I've found on a few bikes before, the clue is in the cable seat washer groove - again a little hidden.

The picture below shows the wrong way, this will actually slowly decrease the pull as you climb into larger gears and by the time you're in the top 3 on the cassette it may appear "out" of sync, or walk onto the teeth, chime a single tooth, and all these other ways you can thing of describing it! 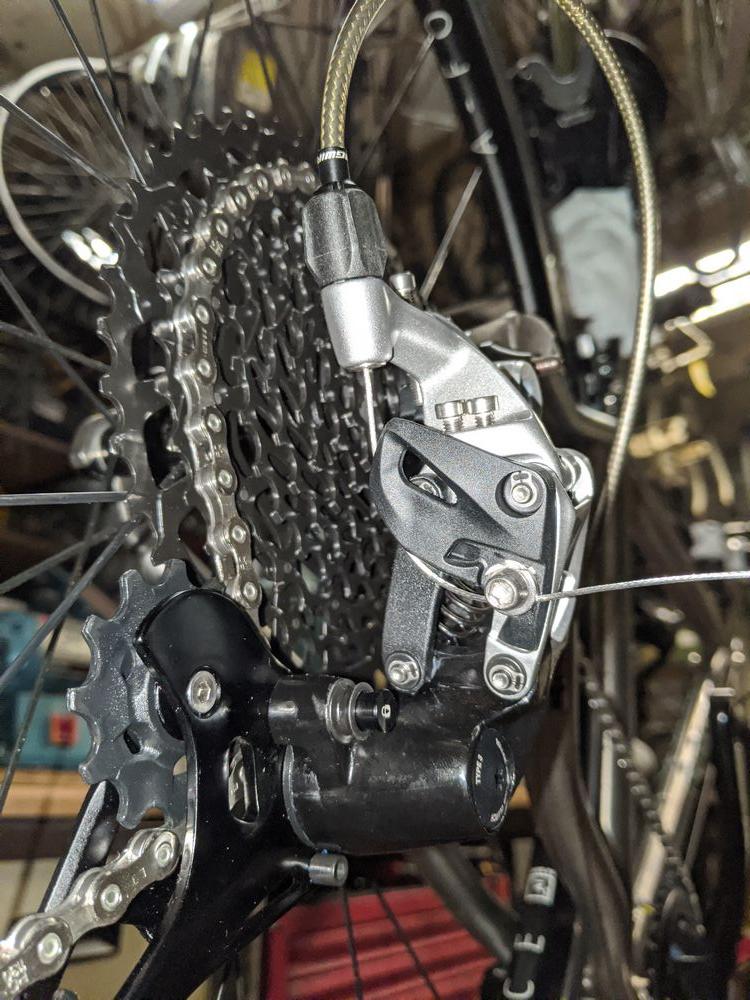 Here's a video too

Not the answer you're looking for? Browse other questions tagged sram or ask your own question.