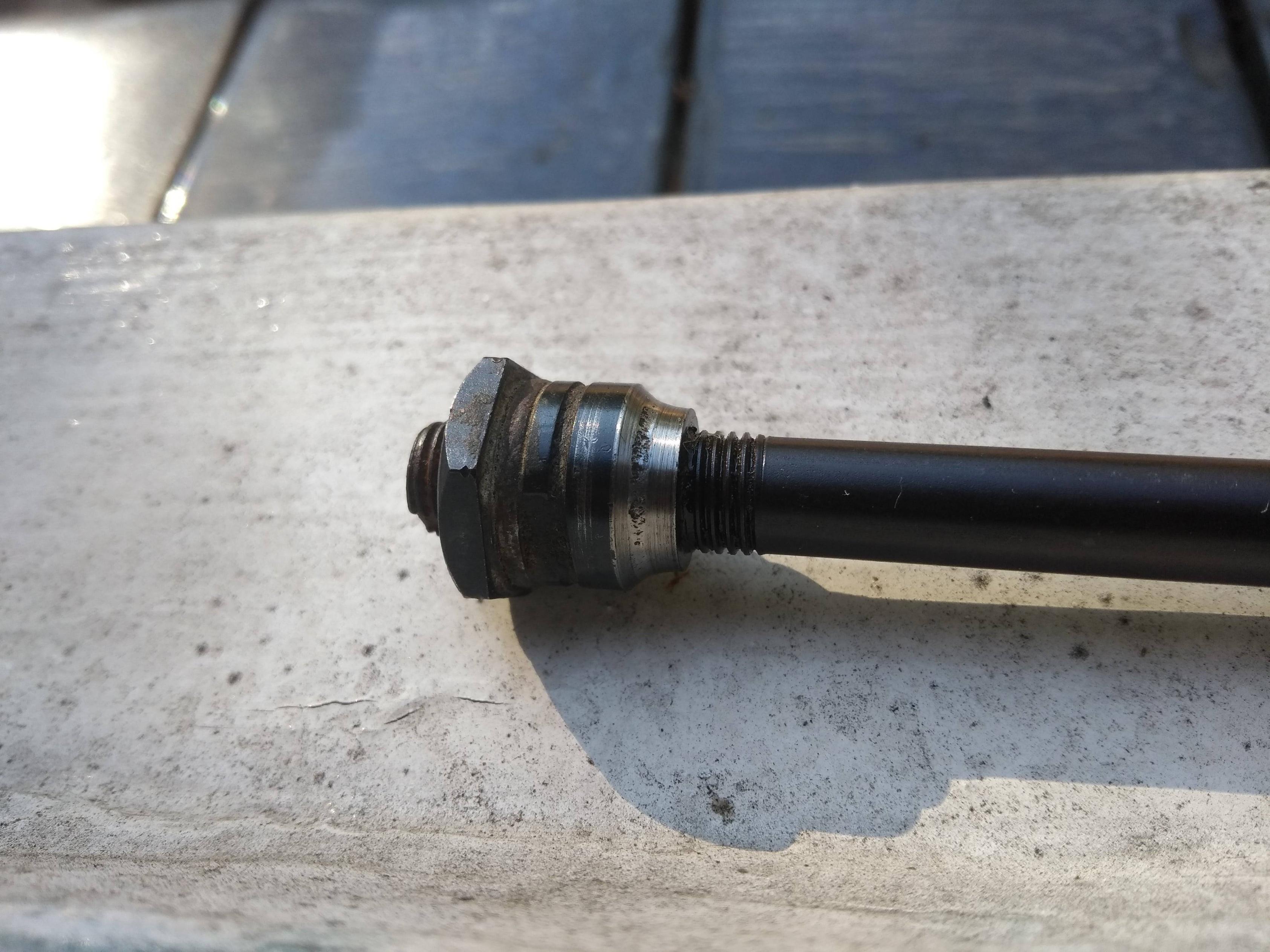 Looking at the provided image, is the cone sufficiently damaged that it need replacing?

That's pretty heavy pitting. If you check the hub inserted race, you'll probably find that it's also pitted, though nowhere near as bad. There's more surface area on the cup, so the cone usually pits a lot more, which is good because the cup is typically not replaceable. If the cup is pitted, however, the cone will prematurely start pitting again, though it will take a while.

The good news is that this isn't likely to result in an unexpected failure that leaves you stranded. These cheap cup & cone hubs will go on and on and on with damaged races and most riders never notice it. In the "old days" of Normandy and other cheap, European hubs, it was rare to find an unpitted cone in a used hub, even if it had never been contaminated with dirt or water. I've seen inexpensive Taiwanese hubs that can go thousands of miles and spin as smooth as a sealed bearing hub. Pick up the front end of any well-used, inexpensive bike and give the front wheel a spin. The amount of rumbling you feel in the handlebars is an indication as to how much the cones are pitted.

BTW, one of the really nice things about hubs with sealed cartridge bearings is that the entire bearing is easily replaceable. As long as these hubs use standard bearings, as most do, the replacements are quite inexpensive and you can replace one in less time than it takes to clean and regrease a cup & cone bearing.

You shouldn't have any problem getting replacement cones through a shop. Check the rest of the wheel carefully and if the rim is true and spokes are in good shape, then by all means go ahead and rebuild the hub with a new cone. Just be sure to replace the balls as well.

Nasty pitting on that cone. Replacement axles and cones are cheap. Go ahead and replace.

Not the answer you're looking for? Browse other questions tagged damage cones or ask your own question.

3
Continuing to use damaged cones in rear hub?
1
Where to find a 14.4 mm long and 16.9 mm wide hub cone?
5
Is axle cone pitting more common on rear drive side?
8
Dent in bearing cone, try to get a new one, or can I keep riding like this?
4
Is this cone nut in proper condition?
0
Damaged in a crash
1
Front axle cone replacement - sizing
8
Why is a damaged bike tyre a problem?
2
To buy this damaged carbon bike or not?
1
How do I get this cone nut off?